Fucking russians - sink their boats, trap them there, would amount to nothing. But no, they have to shell them.

Blame falls to Putin. Another war crime for the books.

I love, love, LOVE the comment: “Should we tell them to go fuck themselves? Just in case?”

From a purely vexillological standpoint, the Gasden snake looks great on top of the blue.

This whole thing is just so fucking awful. I have this wild fantasy that some brave FSB security detail guy will decide that being this close to ww3 is a bad idea and just shoots the fucker in the back of the head. But that’s wildly unlikely.

They were the guards’ final words before the Russians killed MURDERED them all.

Well, we are at that stage of the glorious and popular reign of the dear leader where he can no longer allow his closest supporters to come within knife-stabbing range of his person. His latest televised meetings with the defense and foreign ministers took place across an enormous table, and in the security council he sits at the opposite side of a big hall from everyone else.

I mean, seriously. What a f@% waste of human life.

They aren’t. I lived by Ft Riley and you could hear shelling practice some days. One of the guys I paintballed with was stationed there and was like, “Each boom is about $10,000.” Ship launched shells are even larger.

But I hardly think that is the point. Flush with natural gas cash, Russia wants to dominate and strike fear where they can. A few shells is worth creating dread.

Although they just created martyrs which may work against them.

Last night a friend of mine said “what if Zelenskyy just came out before the invasion and said ‘we’re disbanding the army, and giving all the weapons out to every citizen. Including explosives and rocket launchers.’”

Brutal, but it would be like telling Putin he’s getting his own Iraq.

Although they just created martyrs which may work against them.

They did hand out arms to civilians. Dunno about explosives and rockets. But the plan was to melt back and engage in more guerilla warfare style tactics.

They did hand out arms to civilians

That’s what prompted his comment, but his idea was to do it before the invasion, as a deterrent. Too late now.

“Will you walk into my parlour?” said the Spider to the Fly. 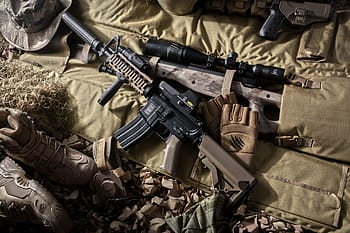 Yeah, I’ve been reading a lot about reports of his increasing paranoia and derangement. Looking at the last two public addresses he made and that security council meeting, it definitely looks like he’s less composed than usual. To be honest, that’s the part that scares me the most.

Seizure of all Russian assets around the globe

now. Hurt Putin & his enabler’s in the wallet, money and power is what they prize most.

This incident is already enshrined at Wikipedia. I teared up reading it.

I am saddened this happened, but yeah, Saboton is probably going to write a song about this.