The court has determined that the teen is not “mature enough” to make this decision.

Jesus Fucking Christ do these people ever hear the words coming out of their own mouths.

The teen who took their ass to an appellate court for the right to not have her body used as an incubator is too immature to make that decision.

Florida keeping it classy as usual

Forget the appellate court, take this to family/divorce court and levy the judge for alimony and child support.
(Try to get a female judge who will put the original judge in his place. I mention family court as they have been known to hand out verdicts that are usually unbounded by reality/constraints.)

ok florida, so now we are here. who exactly is going to raise this kid? an “immature” teen? what the fuck are they thinking.

Want to put my fist right through the monitor reading a story like this. Like what in the actual fuck!?!?!?

That’s basically what I came here to say, yeah. She’s not “old enough” to decide she needs an abortion, but she IS old enough to be forced into caring for a child she doesn’t want. I don’t expect that to end well…

That’s some catch, that Catch-22,’ he observed.

‘It’s the best there is,’ Doc Daneeka agreed.
Yossarian saw it clearly in all its spinning reasonableness. There was an elliptical precision about its perfect pairs of parts that was graceful and shocking, like good modern art, and at times Yossarian wasn’t quite sure that he saw it at all, just the way he was never quite sure about good modern art…”

Obviously, maturity has nothing to do with the court’s decision. Florida’s current law makes it illegal for women to have an abortion after the first trimester, with that effecting even mature women.

The court has determined that the teen is not “mature enough” to make this decision.

Jesus Fucking Christ do these people ever hear the words coming out of their own mouths.

If she does choose to get an abortion and the courts try to try her for it, could she cite this court’s statement as a reason why she’s not “mature enough” to be tried as an adult?

It’s well past time to start leaving these newborns on the desks’ of the governors. Not figuratively speaking, actually leaving the conceptus on their desk.

As always, the cruelty is the point.

mature enough to decide whether to terminate her pregnancy

But mature enough to deliver and care for a child. Glad others have pointed out the clear contradiction here.

Or is the judge then going to ask child services to remove the baby, once it is born, and put it up for adoption?

FFS, this is the sort of shit Catholic nuns used to do to unmarried mothers under their care. But I guess for some of the right-wing fuckwits those were ‘the good old days’.

ETA that I see @IronEdithKidd already made much the same point.

I wonder if she is barred from traveling out of state for an abortion.

who exactly is going to raise this kid?

Oh, what happened in Ireland is right on top of my mind.

So, forcing orphans to birth more orphans. I don’t quite follow this strategy. 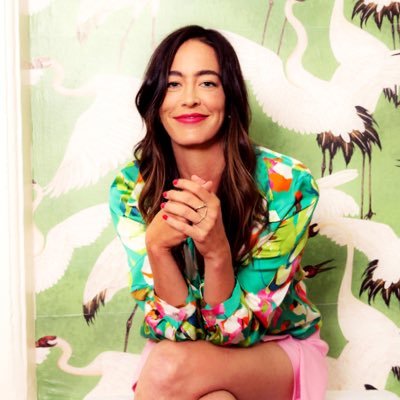 @LEBassett
Extremely dark abortion news is just pouring out today. Now a Louisiana woman says she's being forced to either carry a fetus to term that is missing its skull and part of its head, or travel to Florida for the nearest legal abortion. jezebel.com/louisiana-woma…
16 Likes
next page →