As much as I hate it, we’re not even close to being done with talking about this topic, nor fighting to reverse it. 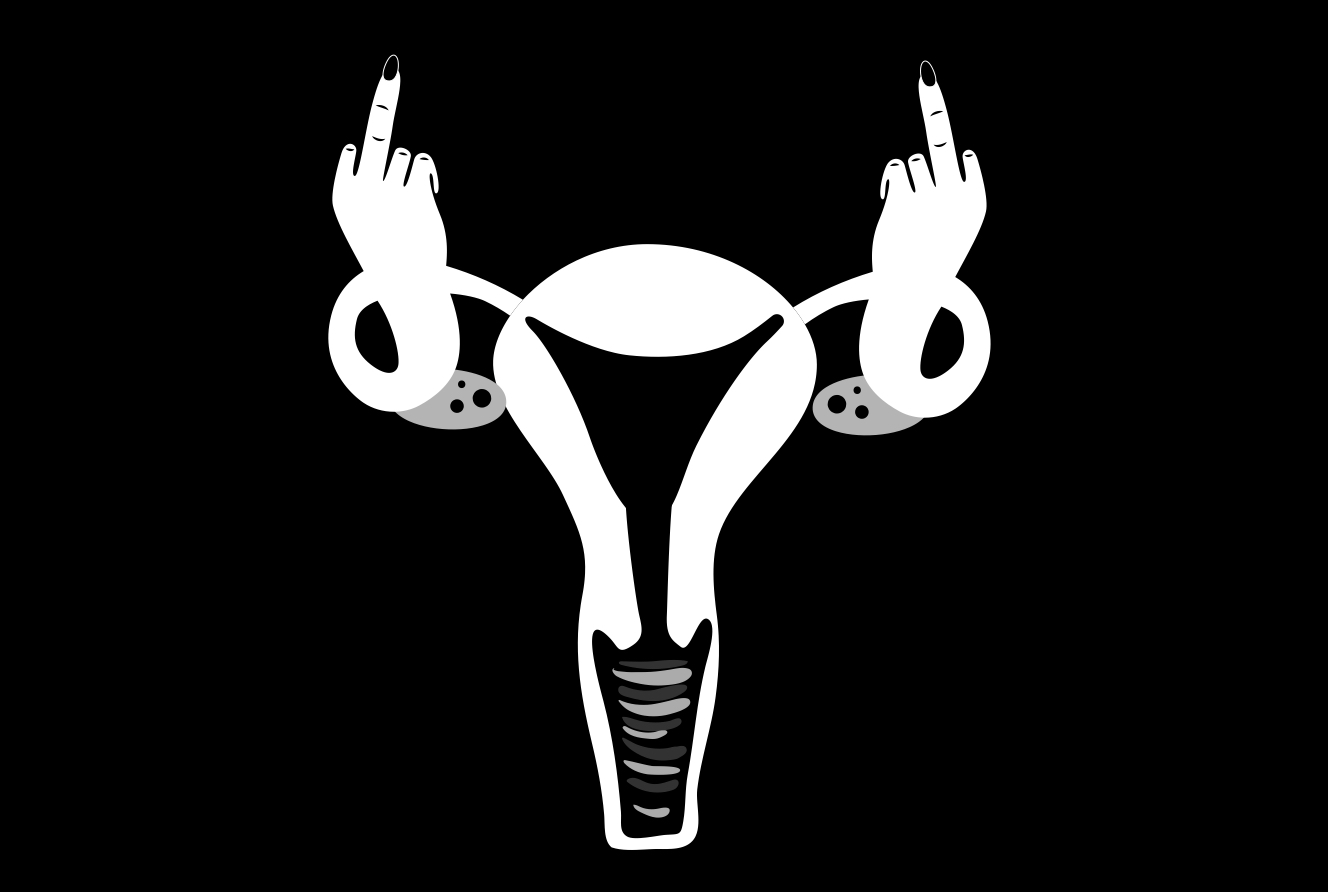 So, much like the Capitol Riot/Insurrection and mass shootings, we need a catchall thread for this fuckery.

For some much needed (gallows) humor, here’s Chelsea Handler’s monologue from her guest spot hosting KImmel:

Had a depressing conversation with my nurse today. She has had multiple family members ask her why Roe means so much to her, since she is (of a certain age) and it doesn’t affect her. When she responded that “You are a guy, it doesn’t affect you, so you should not express an opinion!” it apparently went south quickly. She is a rough-edged WV woman and does not suffer fools at all, so I can see this becoming a “and that’s when the fight started” kind of situation. But that attitude is amazingly common. To be male, or older, and anti-choice is considered fine, but to be pro-choice and in those demographics is somehow weird. Or, wait, it couldn’t possibly be an effort to just shut us up, could it? Surely not! (/s)

Though I kinda wish she had calmly replied:

“It matters to anyone who actually gives a damn about other people, whether they are women or not, you fucking sociopath.”

Requisite TMI, because shit’s about to get real honest and real visceral, across the board.

I’m in my mid-40s, and given my family history, I can probably expect to go through menopause any time in the next 5-10 years.

Despite how very close I am, and the fact I live in a currently sane state where the right to abortion is codified into state law, I am now considering getting my tubes tied, due to the SC overturning Roe v Wade.

I have an appointment next month with my gyno to discuss it.

Because, as a woman who is still sexually active and who has always been extremely vigilant about using contraception, I still can’t afford to take any chances. Not when evil, kleptocratic fascist fuckers are actively trying to turn the US into fucking ‘Gilead.’

Being pregnant for 10 months and one week was one of the hardest physical experiences I’ve ever had to endure in my life… and I was healthy and in my late twenties when I had my kid.

My personal journey was damn near ‘ideal’, physically speaking; and IT WAS STILL DIFFICULT AS FUCK.

So the idea of being forced to give birth now, when my body has aged, and is not nearly as resilient as it once was is fucking terrifying to me.

And because I am a decent person with actual empathy for others, that terror extends to all people who can become pregnant.

Unfuck anyone who doesn’t get it (or just doesn’t care) that this is tantamount to women being reduced to chattel and being forced to do unpaid labor. Pun intended. 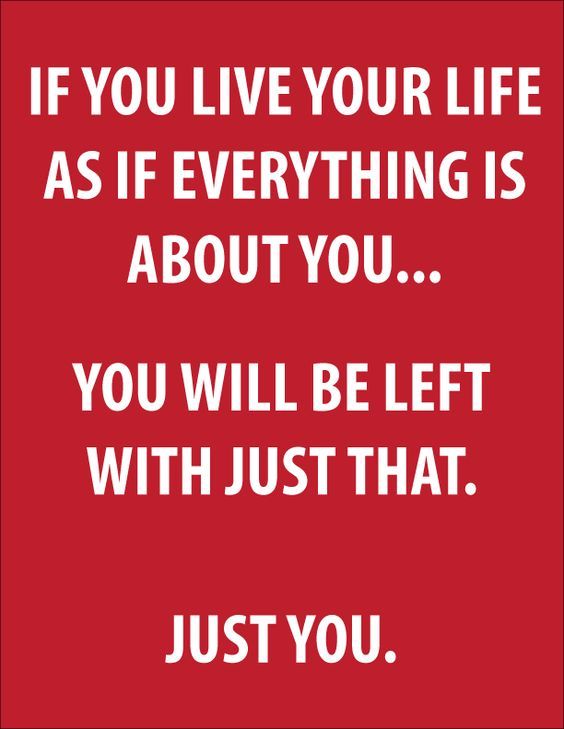 You are a guy, it doesn’t affect you

For a different take: 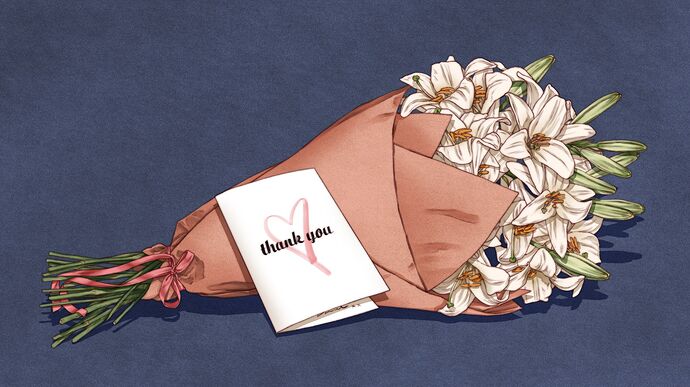 To My 2 Exes Whose Fetuses I Aborted: You're Welcome

"I am overjoyed that both of you seem to have carved out lovely lives for yourselves... lives that would’ve been hugely derailed."

Every single one of my female first cousins (and myself) on my maternal side, where we all carry the gene that makes us more susceptible to autoimmune disease, developed the same autoimmune disease after giving birth. That’s 7 women in one generation of one family. And all those births were wanted. 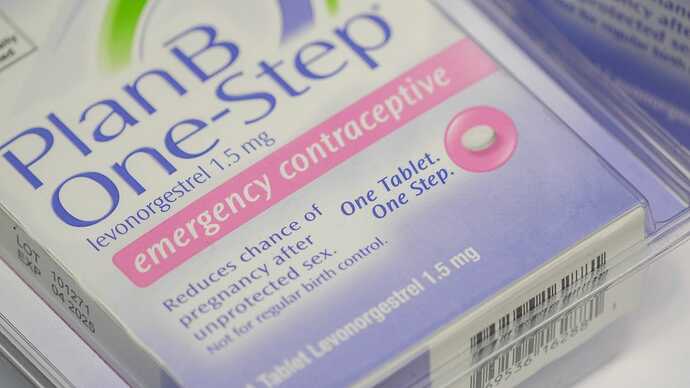 After the state banned abortion without rape or incest exceptions, 16 hospitals and campuses across the Midwest will no longer offer emergency contraception.

Putting a real focus on how this will affect men as well as women is going to be essential in getting any traction to turn this around. Tightening up laws and enforcement of child-support decrees, reminding people that no one gets pregnant without some level of male involvement, offering free vasectomies-the men need to have their involvement knocked into their heads.

So, once again, to get anything done, we have to appeal to men. Because reasons.

Getting mighty fucking sick of spending my entire fucking life coddling the feelings of dudes, I got to say.

It is depressing. But they have been willing, for the most part, to let crap rain down on the women of the world as long as they don’t get splashed. Short of just leaving them altogether (remember the lesbian separatist SF of the 80s and 90s?) what else can be done? They sure don’t seem willing to be productive on their own.

But they have been willing, for the most part, to let crap rain down on the women of the world as long as they don’t get splashed.

So, once again, to get anything done, we have to appeal to men.

But there is a kernel of a valid point therein that glib observation; there should be a movement to mandate that child support also ‘starts at conception’ in all states where they have outlawed abortion and dont want to offer contraceptives.

what else can be done?

You wait and see.

Me, most days now…

Only with slightly less fashion sense!

My fashion is almost as fierce as my will to fight.

Spouse: things feel different now somehow. I think since Roe was overturned
Me: yes. It feels like we are living in a hostile state
Spouse: that’s it exactly

I’ve gotten more headaches since Friday than the last 3 months.

It feels like the Hulk has taken up permanent residence in my head: 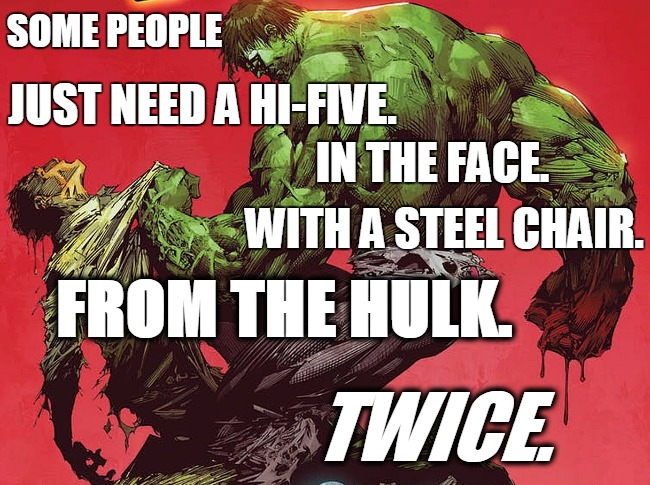 It used to be if I needed a good cry, I had to watch a heartfelt movie scene (or, okay, sometimes those cheesy commercials would get me.) Lately, I just need to read the news.
Then the hulk rage comes in.

Putting a real focus on how this will affect men

Fuck if I care what they think.

Bodily autonomy for all. Now.

Bodily autonomy for all. Now.

Kansas City area health system stops providing Plan B in Missouri because of...

Saint Luke’s Health System said it “simply cannot put our clinicians in a position that might result in criminal prosecution.”