Why do I have the feeling that Don Cannoli is gonna order someone to put a horse’s head in Biden’s bed after watching that?

I would love to be a fly on the wall, with a voice recorder, during their real private conversations wherein they hope covid kills everyone not in agreement with them.

Ah, the right wing playbook at work. Helping to guide all “true believers” right into the hands of white supremacists and other terrorist groups. Make a vague, subtly sinister threat against a political opponent; inspire someone to take violent action; claim you were “misunderstood” and that you meant something else or were joking; brand the person committing the violence as “antifa leftist anarchist baby eating terrorist.” Rinse, repeat.

Where’s the latest list of FOX advertisers? Need to make sure I’m sticking to my boycotts.

She didn’t mean anything would happen soon. Just some time in the next 83 days.

Why do I have the feeling that Don Cannoli is gonna order someone to put a horse’s head in Biden’s bed after watching that?

Or three ambitious staffers will independently put horse’s heads in Biden’s bed because they believe that this is what he wants.

Unfortunately she is talking about the Durham investigation. This is AG Barr’s little October surprise he has cooking in the background where he announces indictments against Hunter Biden and others for “corruption” in Ukraine. Stay tuned.

An iteration of “Will no one rid me of this turbulent priest?”, I take it?

Or maybe DOn Cannolo will send Biden a box of cupcackes…

How do you like your priests?
Shaken, not stirred. Nobody got time for turbulence.

…a “lazy dictator”; an indifferent dictator who was really not interested in involving himself much in the daily… The only exceptions were the areas of foreign policy and military decisions
…a very unbureaucratic leader who was highly averse to paper work…
…the imposition of…charismatic authority on top of the “legal-rational” authority system…leading to a gradual breakdown of any system of ordered authority

Ah, the right wing playbook at work. Helping to guide all “true believers” right into the hands of white supremacists and other terrorist groups. Make a vague, subtly sinister threat against a political opponent; inspire someone to take violent action;

“Stochastic terrorism” is a fitting description of what they are doing, especially since QAnon followers are listening. And, as you say, it’s a typical right wing move, for example similar thing was done by nationalists in Poland 100 years ago (the Wikipedia article is seriously worth reading):

Gabriel Narutowicz (Polish: [ˈɡabrjɛl naruˈtɔvit͡ʂ]; 29 March 1865 – 16 December 1922) was a Polish professor of hydroelectric engineering and politician who served as the first President of Poland from 11 December 1922 until his assassination on 16 December, five days after assuming office. He previously served as the Minister of Public Works from 1920 to 1921 and briefly as Minister of Foreign Affairs in 1922. A renowned engineer and politically independent, Narutowicz was the first elected hea...

I’m sure she wishes him well, whatever it takes, good luck. 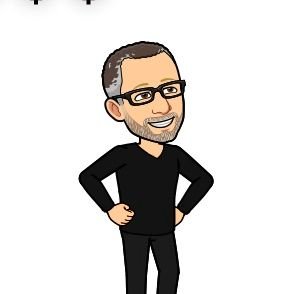 Yeah, that’s what I assumed as well. These people are not exactly coy about this plan, it’s explicit.

Well, it worked last time round, so why not this time as well?

Nice presidential candidate you have there. Shame if something happens to him . . .

I thought we weren’t supposed to be able to hear dogwhistles?

Probability is still on “something happening” to the candidate who ignores a global pandemic, IMO. Still not convinced Trump won’t go the way of Herman Cain given enough time and negligence. COVID cases are still rising…