France trolls Trump on decision to withdraw from Paris Accord

I have to wonder if the Accord would have been far less of an issue if it’d been the Munich Accord, the Toronto Accord, or the London Accord. The illogical seething hatred and distrust for France and the French among conservatives is a strange thing to watch.

Make it the Moscow accord and Trump would be all for it.

You know diplomats are fuming when they suddenly start to use snarky videos as mode of communication instead of the usual diplomatic phrases like “my government is concerned".

I am diggin this Macron guy. I wanna have his adopted babies.

Social order is breaking down, lines are being drawn between France and the United States, and I’m pretty sure the President has a summer home in Moscow… I think it’s time we started brushing up on that most prophetic of works, Death Race 2000.

You know things are serious when the French government drop all the " ah non Monsieur, je suis desolée, je ne comprend pas du tout l’anglais", and start talking to us in English.

In other news, America, or her President anyway, just lost the right to be called “the leader of the free world”.

I think it’s pretty obvious that Trump doesn’t understand diplomacy. Why be diplomatic with the guy who got elected on reality-star hijinks? He’s also dumb as a box of rocks, so subtlety isn’t exactly going to be his strong suit.

You know diplomats are fuming when they suddenly start to use snarky videos as mode of communication instead of the usual diplomatic phrases like “my government is concerned".

That may very well be so, but I can’t help but think that France’s (and Germany’s) riposte was strategically fashioned to correspond with the general tenor and unorthodox mode of communication employed by Trump, perhaps to better attract press and public attention. 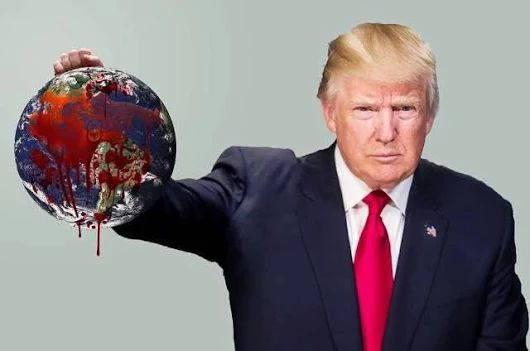 Here’s an interesting take on this exact point. It’s about masculinity.

That’s a well written set of tweets. I agree that “Pittsburgh v. Paris” aims right at the “masculinity above all” tenet of his base; what I’ve never understood isn’t the aversion to fey French stuff, but the outright anger towards the French among Republicans. I had a friend once whose dad was a local city official who was staunchly Republican, and he wouldn’t let anyone bring Belgian beer into his house “because those frogs speak French”.

“Oh, come on, just admit it, Belgian beer is too strong for you.”

…he wouldn’t let anyone bring Belgian beer into his house “because those frogs speak French”.

He sounds like someone who should be reminded of how much France helped us during the American Revolution.

There’s a long standing debate in France on whether or not to transfer the remains of La Fayette to the Panthéon. No matter what are the merits of the proposition, who is president of the USA at the moment necessarily factors in, in terms of political opportunity, as it would be inconceivable not to invite the POTUS to the ceremony.

it would be inconceivable not to invite the POTUS to the ceremony.

If nothing else, Trump’s tenure so far has clearly demonstrated over and over again that what was previously considered ‘inconceivable’… is now frighteningly real. I would not be surprised if Trump ended up not being invited.

what I’ve never understood isn’t the aversion to fey French stuff, but the outright anger towards the French

The arch conservative douchebag on the forum I used to run loved to hate the French, as you say.

So everyone on the forum one day recommended him for French language skills on LinkedIn. At the time, you couldn’t remove recommendations. Much hilarity.