Gay jeans: bluejeans that go rainbow as they fade 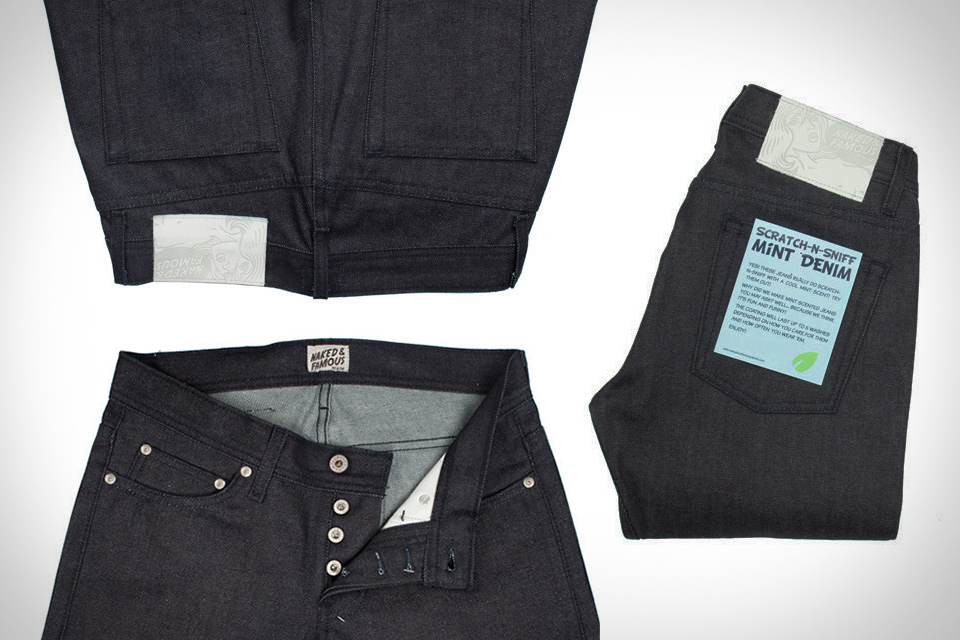 If you care about the fit of your denim, odds are you go as long as you can in between washes - perhaps to the point where they start to develop a bit of a worn-in aroma. But with the...

I know this’ll bring out the Betabrand critics again, but I like their stuff. Sitting here in a pair of their pinstripe dress sweatpants today

I was going to mention two things: one that Naked & Famous has been making similar things for a long time (colored thread that’s revealed as fading occurs), and that for an intense high-contrast fade you shouldn’t wash frequently, and wash very carefully when you do. And you really shouldn’t distress it yourself as demonstrated in the video… that looked pretty bad.

Of course, it seems like these haven’t existed long enough for someone to have worn them without washing for a year to demonstrate really nice fades.

And the thing about the other things Naked & Famous has done with colored thread is that they’re all ugly - one of them is actually just brown thread, making the jeans look more and more shit-stained over time. Their normal jeans are great though (I wear them myself). Not sure if the scratch-n-sniff idea has any real merit, but it’s not that hard to keep your jeans not-smelly despite minimal washing anyway.

Anyway… these rainbow thread ones have the potential to be quite beautiful if you do it right (e.g. don’t purposefully distress it yourself… with a stiletto? really?)

Now these are gay jeans:

seriously though, how can you not love that picture, lol.

All sorts of ripped, there

And of course, they’re slim fit only.

Well, I guess that settles it. It’s not environment, it’s in the jeans.

How can I not love that picture…the dude seems to have a micro penis.

the dude seems to have a micro penis.

awww don’t be jealous of his fabulousness

besides…he could be a grower not a shower…or a master of tuck…or big things in small packages…who knows?  does it really matter?  there are plenty or reasons to love the photo besides what you might imagine his junk to be like. to me it is just a photo of a dude being really happy and free to be who he wants to be.

I’m in a weird situation because I like rainbows. So whenever I wear a shirt with a rainbow on it, underneath it I have to put ‘not gay.’ But I’m not against gay people so underneath that I have to put ‘but supportive.’ I just think it’s weird that one group claimed refracted light. That’s pretty greedy, gays.