bob damn it all…
well I mailed my ballot in last week.
why do i have this nagging feeling that even Hillary winning is going to suck with all the sour grapes from the trump supporters.

At least people that insist voter fraud is a real thing now have something they can point to.

can we have them barred from voting in the future for being dumber than a sack of hammers?

ETA seriously because what the fuck is to stop them from just taking in the mail in ballot to the polling place if they are worried about tampering in the mail?

I mailed my ballot in last week.

I’m going to quote my cousin Joy, who is well named.

Be of good cheer, my friend; you have freed yourself from the concerns and cares around you, by making your decision. What will come to pass will come, and you have done what you thought honorable and right; that is cause for celebration, not distress!

I am actually generally hopeful for the future, but man the stupid has been out in such force this cycle that it just makes me sad more than anything.
But growing up in Missouri and spending a few years in small town Missouri even though it was a college town I know what kind of crazy the fringe supporters have and the last 20+ years of right wing talk radio have done a lot to help fan the flames. So lets just say I have reasonable fears based in a real world I lived in at one time that they may not quietly accept a Trump defeat but I also don’t expect it to be widespread either.

Apparently Peter Thiel came up with this gem during an interview with the National Press Club about why he was supporting Trump:

Peter Thiel, verbatim: "If you're a single-digit millionaire like Hulk Hogan, you have no effective access to our legal system."

Billionaire Peter Thiel: 'Single-digit millionaires’ have it so hard

It's hard out here for a millionaire.

Well, that’s dumber than a sack of dumb things. Why would a live ballot be any safer from rigging than a postal one? It’s not like you get to watch your ballot all the way from the polling station to the vote-counters. If the fix were in in Colorado they (whoever “they” are) would be applying it at the highest level, not screwing around with individual ballot papers, I’d assume.

I don’t believe very many in these forums are giving many of the GOP’s candidate’s supporters particularly high marks for intelligence. The inability to think an action through to a logical conclusion seems to be present in those who think the candidate’s casual attitude toward nuclear weapons isn’t even a little bit problematic.

I don’t believe very many in these forums are giving many of the GOP’s candidate’s supporters American citizenry particularly high marks for intelligence.

If we don’t stop deep-sea oil drilling, it’ll do as much damage as a couple of small nukes, but the perpetrators will profit from it.

Yet the major candidates are both pro-petroleum.

If we continue to re-license nuclear power plants that are well past their design lifetime, sitting on critical watersheds next to densely populated areas, it’ll do as much damage as a couple of dirty bombs, but Excelon will get a taxpayer funded bailout.

Yet the major candidates are not going to shut those plants down.

The US populace is fussing about how much they should water their plants while their houses are on fire… not spectacularly smart. 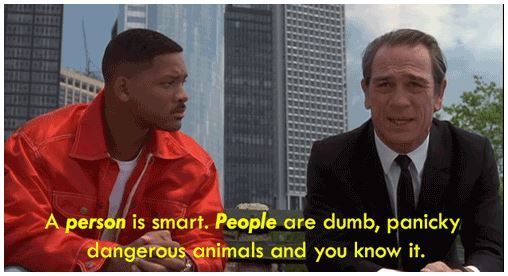 I don’t want to vote for either the GOP’s or the DNC’s candidate, but social democrats don’t have a party to vote for in the US and I’m probably going to get stuck voting for someone I don’t want or like in order to keep a bloody maniac away from the nuclear launch codes.

And no, the Green Party is not a sufficient substitution for a proper social democrat party.

You have my sympathies! I totally understand.

Should I mention that in Texas there were still Trump people I heard talking about voter fraud standing at the entrance to the parking lot to the voting center?

This is probably the last place they have to worry about a DNC surprise but there they are with American flags and red trucker hats, at least one obviously drunk on a Monday morning.

Anyone else looking forward to regular ads with their morning news broadcast?

And evening news broadcast, and nightly newscast, and sportsball telecasts…

Just finished a New York magazine article from 2 days ago: The GOP’s Age of Authoritarianism Has Only Just Begun. The following passage in the middle of the article actually made me stop in incredulity:

Consider the following statements that have been made as this campaign comes to a close. “The election is rigged,” Mississippi’s Republican governor Phil Bryant has declared, arguing that since blue states have more people, “all you have to do is win those particularly large states. You can forget about flyover country. That doesn’t seem fair to me at all.” Pat Buchanan has gone further, noting that, since politicians “rig the system through mass immigration and a mammoth welfare state so that Middle America is never again able to elect one of its own,” it was only natural and fair that “it is the ­populist-nationalist right that is moving beyond the niceties of liberal democracy to save the America they love.”

This is a level of willful ignorance that astounds me.

Still waiting for a PNW president… 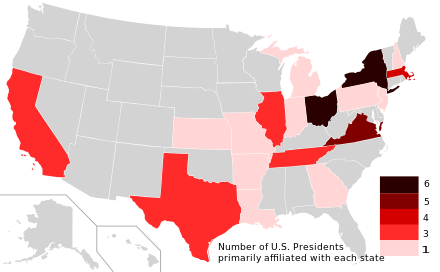 How much more black could it be?

You could argue Clinton has three home states (Illinois, Arkansas and New York) just like Obama (Hawaii, Illinois and Kenya).