Get this SanDisk 200GB MicroSD card at a great price

Originally published at: Get this SanDisk 200GB MicroSD card at a great price | Boing Boing

@frauenfelder The link is dead. Fixed… 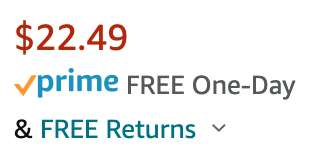 Per this review page, it reads at 90 MB/sec, not 100, and it writes at 30. That’s fine for a hobbyist application and it’s a great price. The project I’m working on required faster writes so I went with this card; it costs twice as much and writes at 80+.

They’re actually great for archiving data. Much better and cheaper than those bulky old 3.5-inch hard drives that will fail after a few years. But, careful with these micro SDs. If you sneeze while handling them near an open window, you’ll lose 10 years worth of data.

In 1981 I sold computers at a local computer retailer (Computerland). The IBM PC had just been release and was not available with a hard drive. A customer who managed a mailing list needed more storage than the standard double floppy drives could handle so I had to add a third party hard drive: a Tallgrass 5 MB drive the size of a shoebox and costing $1995.00.

I think FLASH is not great at archiving data. I think if attached to a power source they do OK (or maybe only if the controller “does something” to keep it fresh?), but unpowered, especially exposed to fairly high heat they don’t. Like I remember talking to an iPhone hw eng about it, I wanted to know how we got “the good FLASH” so cheaply, and he said we totally didn’t, but for something like in iPhone it didn’t matter as much because people normally keep them charged and on the majority of the time, and seldom put them in the trunk of a car at the airport for three weeks (it was his assertion that less then a month in the trunk of a car at SFO causes noticeable data loss for most FLASH storage, the cheaper the sooner)

Flash is heat tolerant, and not based on DRAM, but maybe if it’s taking the heat and sun off the parking lot the control circuit could age, or the solder grow tin whiskers to short it out.