Holy crap, that looks amazing. I want one of those, in miniature. My hat’s off to Melissa!

(Maybe I can make some 3d printed armor to withstand random bannings. That would be nice.)

But wearing it, how will Quiet from Metal Gear Solid power her superpowers without all of her skin showing??

That is so awesome! Loved seeing the steps to build it as well. [gush]

Every time I see this armor, I’m blown away all over again by how amazing it is. Such a beautiful design that’s so well executed. The lights are a great addition as well.

Sweet master-class costuming, and not likely get anyone shot. 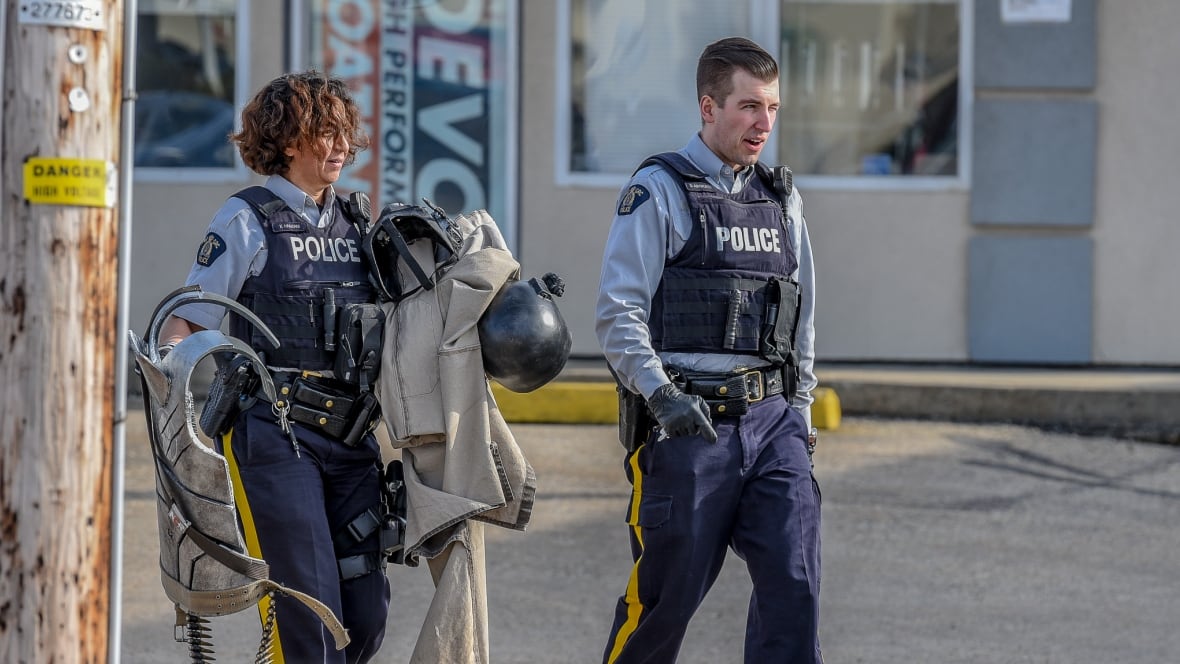 Grande Prairie RCMP responded with guns drawn after reports of a man who may have a bomb. As it turned out, the man was just looking to get some alterations to his costume.

The RCMP apparently doesn’t play much Fallout. There’s no way you’d send only 8 people to take down a veteran NCR ranger and expect things to work out for you. Maybe this one was tired after coming all the way from Baja.

The Grande Prairie cosplayer didn’t actually get shot. Either the secret to not getting gunned down for looking odd is either to be north of the border or to wear a sufficiently elaborate costume that the cops can’t tell if you’re dark of skin.

That’s gorgeous! Seeing results like this encourages me to make more time for my own avocations.

Loved seeing just how many hours went into each part of this project. It tamed some of the immediate “I must make one for myself!” fever.

Armor for women that looks like it could actually provide some bodily protection during a battle; not to mention the design is cool as fuck - rock on Melissa Ng.

Then I imported the model into Blender and fine tuned it with my body measurements.

Kudos to her; I’ve tried a few times to get some basic knowledge of Blender, but once I get beyond the basics, I feel like I’d rather stare into the face of Cthulhu.

My hat is off to her, big time. First off - gorgeous! Second off - woah that is some serious patience. I love to dream up stuff like this but then it’s sanding time and I’m all, I can cheat a little on this boring bit here. Or, well, they were out of gold paint so I’ll just mix some sparkles into this bronze paint and hope for the best.

I am no medieval armour expert. I did have some experience with armour plating and shock-wave physics ages ago. However, I am partly blessed, partly cursed with the sort of mind that insists on analysing these sorts of thing when I am trying to watch Lord of the Rings, and ruining it.

So, what does it make of this? Actually, it comes out pretty well…

If you have any large chunk of metal coming at you at speed, the best thing the armour can do is to let it bounce off: it keeps most of its momentum, and not much of the shock goes into you. This has smooth plating that would cause most downward strokes to glance off. I imagine Melissa has actually imagined how it would resist blows in much the way a medieval armourer would have done.

Then comes the flat-on blows: the lucky arrow strike, or the thrust with a pike. If you can’t make it glance off, you have to absorb the momentum. Plate armour was shiny to make arrows bounce off, but the British archers at Crecy tipped the arrows with beeswax, which by piling up on either side of the arrowhead, guided it in. So, you can’t dodge them all by being shiny. But supposing you had asymmetric holes? This might cause the arrow head to move sideways, so it bends or perhaps even breaks the shaft. If you don’t have all the momentum of the shaft driving the head hole, then it will do less damage. The same thinking goes behind the voids in tank armour to disrupt armour-piercing missiles. Also, if the armour has holes, then it can yield, a bit like chicken-wire, rather than splitting as a forged plate might. This means it absorbs the momentum over a larger distance as it yields, taking out more of the energy, and giving the occupant less of a shock. I suspect the occupant will need a bit more padding to spread the shock then I am seeing.

Michelangelo was put in charge of the defences of the State of Florence during the siege. One of his suggestions was that people should hang their mattresses out of the windows to reduce the shock of cannonballs on the walls. They lost in the end, but it is was good idea. Plus, I like the idea of quilted castles.

Then you have some slow, poking weapon such as a pike. Okay, now holes are bad. But the armour is light so you can dodge them. A hedgehog of pike-men is not going anywhere fast.

Damn you! I am going to be thinking about this for days.