referring to the 53 migrants who died in a tractor-trailer last week in San Antonio.

So this must mean Republicans are pushing to enact new policies that would protect these kinds of vulnerable migrant populations, right? Right??

That was my question too, what’s an alt-right psycho’s angle on this one? Human Trafficking Q-spiracy? Or just that lenient immigration policy (i.e. not shooting enough immigrants on-sight at the border as a warning to the others) made these people make a fatal decision? We should have saved them by shooting them? I suppose he wouldn’t be the first Republican to make that argument recently…

You don’t have to smuggle people in semi trailers through open borders.

How stupid can Senator Ron Johnson be?

He’s competing with McCarthy for the second-place medal for Dumbest Congressman. Once that’s settled the winner might go up for the long-time first-place winner Louis Gohmert.

So this must mean Republicans are pushing to enact new policies that would protect these kinds of vulnerable migrant populations, right? Right??

He’s competing with McCarthy for the second-place medal for Dumbest Congressman.

That’s a competition where so, so many people have a shot at winning. IMO almost all of them were brought to us by the letter R.

(Preface: not arguing moral/any equivalence at all, just curious about what we do that gives the Rs ammunition and ideally how to avoid it in the future)

IMO almost all of them were brought to us by the letter R.

Now you’ve got me wondering, we hear all about Rs making stupid mistakes like this on a regular basis, what are the D equivalents? The Ds are FAR from perfect, so it can’t be that “our side” never says something stupid.

Best I can think of is Pelosi’s poetry and fundraising email, and that time a congressman (I forget who, sorry) played a clip of Candace Owens on his phone without actually confronting her about what she said. Oh, and that yoga guy. These are all kind of ridiculous and/or tonedeaf, but not nearly to the extent of what the Rs get up to.

I love that they call this radio commercial a “creative”. As if.

And how do you blame “Joe Biden’s open border policy” for smuggling 50+ people in a tractor trailer?

Ron Johnson: Not the sharpest tool in the shed.

I wonder what bright spark came up with this idea in the first place. Anyone paying attention to reality in America, and the rate of mass shootings, would have realized that as soon as they came up with the idea it was already going to go over badly, much less after they filmed and released it. So clueless.

I suspect it’s just what I’d like to call a “squirrel argument.” They don’t care about the issue, except how it can work in the moment as a distraction. (“Guns aren’t the problem because - look over there, squirrel!”) The alternative is this becomes an excuse to propose a policy that not only would fail to help the problem but would actually make the problem worse, because they lack a sense of irony and can only think in punitive policy terms.

You could build an always-accurate “Days Since Last Mass Shooting” counter with a block of granite and a chisel.

(sorry just fantasizing about working for a radio station) 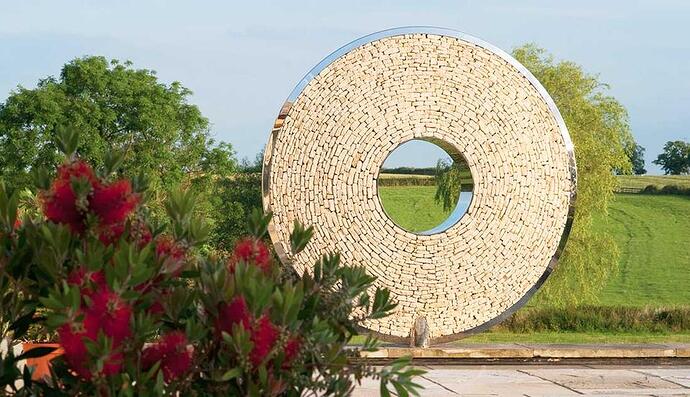 I’m surprised that Fox and the RQP haven’t decided that the truck full of migrants wasn’t a false flag operation to make people sympathetic to immigration reform.

Two of the alleged “alien smugglers” were also charged with illegal weapon possession, so it’s disingenuous to say the incident “didn’t involve guns.”

For those who didn’t watch the entire ad, he believes “democratic governance” must be stopped.