This works on so many levels.

“The enumeration in the Constitution, of certain rights, shall not be construed to deny or disparage others retained by the people.”

I believe they will vote with their dollar here and need no help from us.

Where are they supposed to carry their dollars without pockets??

I guess I’ll take that advice. Thanks!

‘Distinction without a difference’, I think.

I think we’re all missing the clear revelation here. Pockets are an inevitable product of a collapsing materialistic society. Can you put charity in a pocket? Compassion? I think we can all see what must be done. 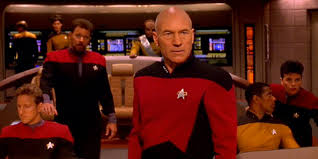 I have no pockets, and I am free!

You will take my pockets from my cold dead hands.

Its a lot stupider than that. Generally speaking when people talk about the need to shoot shit like coyotes you’re talking about pest control on farms to protect live stock, and population control where they’re over populated enough to cause environmental problems. And I don’t think Rick Perry is overly involved in conservation or chicken farming.

There’s usually very little reason to shoot wild critters. Barring disease they’re generally gonna try to avoid you and are easy to scare off. If Rick Perry shot a coyote while jogging its cause he wanted to shoot a coyote. Not because there was any need.

And lighting off a gun that close to populated areas is both stupidly dangerous, and in many places illegal, coyote or not.

As far as security goes. The entire idea there is to get the person you’re protecting the hell out of there. If he’s armed and looking to pile in it defeats the entire purpose of having security in the first place.

anybody have any guesses as to where these are made?

She’s desperate to sell her crappy tights - and if gun owning women who are also yoga enthusiasts are stupid enough to want to ruin the line of their clothing or get droopy drawers from trying to hold up a gun - she just might have something!

The strange thing is I have trouble imagining that much overlap between Yoga Enthusiast and Ardent Gun Rights Supporter. Those two hobbies are on opposite sides of the spectrum. She’d probably get a lot more enthusiasm for Yoga Pants with pockets to hold your Chi aligning and detoxifying crystals.

Is this a scene from a Idiocracy sequel I didn´t knew about?

News from the future:

It is pretty impossible to have any informed opinion on this when it’s 20 second snippet of something much longer. Though yes, she gets a bit rambly and key-phrasy.