Finally, FINALLY, we can start the national discussion on whether a tomato is a fruit or a vegetable (neither of which will have any place in Trump’s Reich)

Give that guy a medal

Give that guy some throwing practice and more tomatoes.

Great! Now I want pie AND tomatoes… if only there were a combination of the two here in northeast New Jersey…

The “Heil Trumpler” t-shirt was why he got so close, he blended right in

I hereby disavow any knowledge with this operation.

Dude’s name is LMAO. Really? Too easy. Crap aim, though.

He’s sort of cute. If he’d done a few less bong rips before that rally, and actually managed to hit Trump, I’d probably have a massive crush on him.

This is a response not a rebuttal. I don’t know how finely aged you are, but remember Jerry Falwell’s group, the “Moral Majority” who tried to foist off Prop 9 in Oregon?

Well, they lost. And so does any group who claims majority. …Because we all read 1984 and it’s doublespeak spoken by the weak attempting to claim moral high ground that they do not have!

“All governments in Oregon may not use their monies or properties to promote, encourage or facilitate homosexuality, pedophilia, sadism or masochism. All levels of government, including public education systems, must assist in setting a standard for Oregon’s youth which recognizes that these behaviors are abnormal, wrong, unnatural and perverse and they are to be discouraged and avoided.”

It’s happening again. Silent Majority really means “weak-ass morally corrupt shitbags who think the rest of the country is like them but isn’t.”

I’m not so keen on “don’t let the nazi speak, throw things at him” either, though.

If he can talk the public into electing him, I guess we get what we deserve. It wouldn’t be the first time I have questioned the sanity of the electorate.

I’m just saying, the first amendment only protects speech from the government. tRump has no more right to be heard than I do. And I say it’s hilarious that people are throwing fruit at him. I hope it was rotten fruit too.

If the we who elected him were the same we who would bear the brunt of the consequences, sure.

But I don’t think a lot of Muslims or Latinos are going to vote for the man, just as not a lot of Jews or Roma voted National Socialist.

Not saying you’re a nazi sympathizer.

What the actual fuck? There is nothing in “Trump is scum. But physically assaulting him for his words is not right, either” that is in support of Trump or his message. Stuff your knee jerk tar and feathering of straw men.

Not saying you’re a nazi sympathizer. Just saying that tRump is definitely a fascist following in the footsteps of hitler and mussolini, and that maybe such people don’t deserve to speak unopposed. Perhaps noise bombardment would be a better tool.

At worst Trump is Hindenberg.

It’s a little unfair to equate a giant flaming Nazi gasbag with a dirigible. 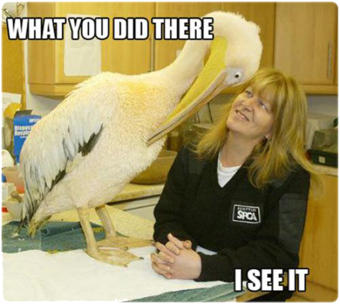 Not a hero at all. In fact he’s just given Trump’s security staff valid reason to forcibly remove any and all protesters/hecklers from Trump rallies as they now pose a security risk. Rather than encouraging a healthy rowdiness in American politics, he’s just further reinforced group-think everywhere

Trump was really disappointed to find out that Leni Riefenstahl was not available to film his rally.

In fact he’s just given Trump’s security staff valid reason to forcibly remove any and all protesters/hecklers from Trump rallies as they now pose a security risk.

They’ll never keep them all out. Fortunately. 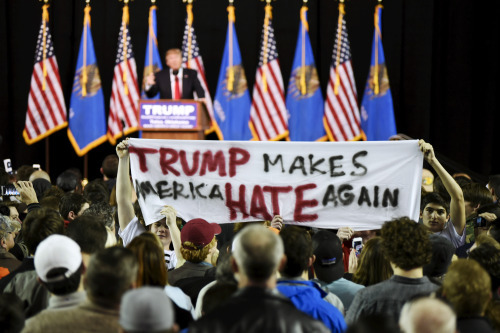