I used to like them. I wonder if moving to a big, old, creaky farmhouse with woods around and critters rustling has changed my tolerance. I can totally spook myself out!

I wonder if moving to a big, old, creaky farmhouse with woods around and critters rustling has changed my tolerance.

She’s got a new book! 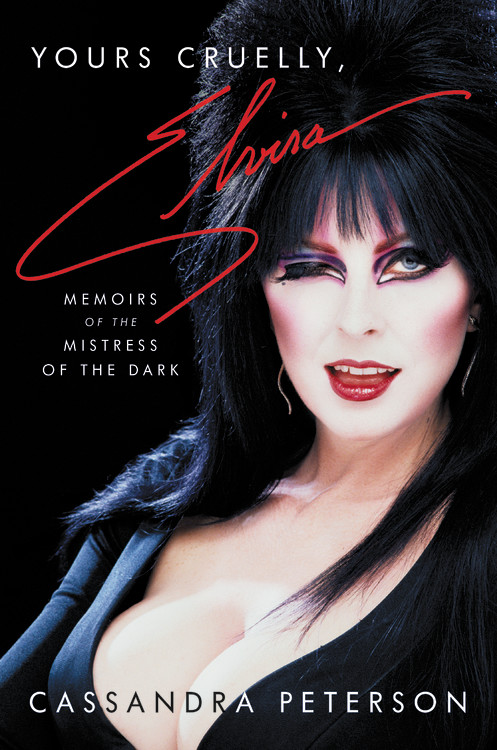 I know! I need to pick it up soon!

I grew up watching her. Love that woman. Got to meet her once… she’s just as lovely as you think she would be!

the last scary movie I watched

That was a good one!

An incredible unintentional black comedy. I laughed hysterically throughout this movie. Even the end credits were funny.

Below the trailer I’m going to synopsize the first half hour of the film. I’ll mostly hide it behind individual spoiler tags. For maximum amazement, perhaps even the trailer should be skipped, but here it is anyway:

We start off with a man trapped in a six meter deep swimming pool. With a huge crocodile.

Now that the director’s distrust of his audience has been established, we flashback to find out how our hero found himself in this predicament.

Our hero, Day, is working on a film shoot as art director. (He has also brought along his dog, Lucky, to be an extra.) It’s the last night on set.

Morning comes. Day is floating on a lilo in the pool. His friend swings by, tells him that he has started to drain the pool, and now he’s going to Nepal. Day is the last crew member still around.

Day stays in the pool and naps.

He wakes up to discover the pool has drained considerably. (It’s a huge pool, so it doesn’t drain that quickly.) There are no steps, stairs or ladders to get out with. He goes to the side of the pool, stands on the lilo, and tries to climb out, ripping a fingernail mostly off in the process.

He gets a phone call. His phone, seated near the edge of the pool, is set on vibrate, the most powerful vibrate setting known to man. The phone’s vibrations are gradually causing it to move towards the pool. It is hanging over the edge slightly. He is standing on his lilo hoping to catch it when it falls…

Lucky is leashed at the other end of the pool. Lucky somehow falls. The dog is hanging to the edge of the pool with his front paws, still leashed. If he falls, the water is too low to save him, he will strangle. Day rushes to save his dog. Just as he has managed to get the dog out, the phone falls into the pool…

Day hangs his head, when suddenly he hears, from a huge distance and without something to resonate against, the phone continue to vibrate. It is hanging from the charger cord. He rushes back, but is too late.

Day dives under the water, finds the drain, and blocks it with the robe he is wearing. While under the water, the pizza delivery guy arrives. Day sees the guy, but a chain on his belt gets caught in the drain and he can’t surface until just as the guy is ready to leave, the instant he shouts “Help!” the guy loudly starts his cycle and motors away without hearing.

Day decides this is a good time to take another nap. Time passes.

His girlfriend, Koi, arrives while Day is still sleeping. She had wanted to dive in the pool before during the film shoot, but wasn’t allowed. She decides now is the perfect time. She is running along the diving board, Day awakes, yells at her to not jump, she startles, slips, very badly hits her head, and falls in the pool. She’s out cold, Day puts her on the lilo and unstops the drain.

Night falls. The pool is mostly drained. The crocodile (remember it?) arrives. Lucky barks, attracts its attention, the croc approaches the dog. En route to the dog, it walks over a collection of poolside metal pipes, the pipes roll, and they and the croc fall into the pool.

Morning. Pool completely drained. Koi still unconscious, Day sitting watch against the croc which is resting some distance away.

Day looks over and notices something sticking out of Koi’s pocket. He removes it, a positive pregnancy test, so he must fight to save himself, his girl, and his unborn child!

Koi is still bleeding very badly. Day rips up the robe for a bandage and remembers that his friend had thrown a roll of duct tape in the pool before going to Nepal. Day looks, and finds it. Sitting in the sleeping croc’s open mouth…

I saw this for the first time last night, thinking ‘go on then, scare me’ and well…

It is a wonderfully unhinged slice of horror pie though and you’ll want to turn on ALL the lights afterwards.

In 2014, Tom Maxwell rented a historic home for cheap. Nine months later, he and his family ran away as fast as they could, fleeing a parade of spirits and apparitions. Today, three centuries of bad mojo in a house called Nannie.

Not Halloween per se, but creepy nonetheless