Reviews for a "Sexy PhD" costume

Lack of stripes on the sleeve was the clear evidence that it’s not a PhD costume.

I’m guessing most people who would actually buy and wear this costume lost their real doctoral vestments long ago.

All these “sexy” costumes are BS. I’m not against open sexuality, or wanting to be sexy, but the one sided objectification of halloween costumes is pretty crazy. Either women get some non-sexy options, or all guys costumes have to be made sexy.

A bog-standard lab coat is sexier, especially if paired with a nice thesis/article/research theme.

That said, this fits to the “sexy $whatever” variant of Halloween costumes. If you don’t like it, don’t wear it, there are other variants too.

May I present to you…?

The sexy corn on the cob costume:

I’m honestly conflicted about the existence of this and other similar random-sexy Halloween costumes. It’s just so fucking bizarre and yet totally expected and unsurprising. It’s a weird mix of amusement and horror.

True, only the novelty value makes it stand out from the crowd of sexy maids, nurses, doctors, police officers, soldiers, firewomen, football/baseball players etc. There does seem to be a lack of non-sexy alternatives though; I only see nuns and oddly milkmaids. 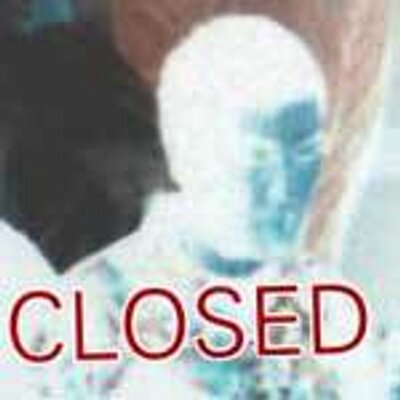 I have seen sexy Sesame street characters which I will not share here. Ugh.

It’s a weird mix of amusement and horror.

I think it’s the very definition of Halloween.

At first I thought she was holding a meat thermometer.

I like the idea of someone saying “I’m going to dress as sexy corn on the cob this year,” but the reality looks pretty dull. Perhaps she could find a companion to dress as a sexy pat of butter.

Hah! Good point. Although I think I mean something different by this sort of horror. The “horror” of Halloween is all in good, expected fun, just like a roller coaster. This is more like stepping into a cage full of adorable but rabid fluffy kittens.

@OtherMichael First time I’d seen that or that website of illustrations. Adorbs. Thanks for sharing.

What about a sexy strawberry?

(That stem hat is HILARIOUS and not what I’d consider sexy omg.)

What about a Sexy Blue Gnome Couples Costume? Which, btw, I did not just make up. That is in fact the website’s title of this costume.

(AGAIN WITH THE HATS OH MY GOD. It’s like a perverted Conehead hat.)

Honestly, I can do this all day. The couples costumes are ridiculous. At least this one doesn’t have a weird hat. I also like that in this one they took two separate types of costumes that happened to have the same theme, just one for men and another for women, but obviously not originally made to be a pair to be sold together, and tossed them together as a “couples” costume.

This site is making a killing off of trolling people with “sexy” costumes.

Well, if they’re going for sexy, surely they should have paired Miss Pizza with Pizza Delivery Man…

I skipped my ceremony. It was a nice day and I went kayaking. I cut through campus that day, and that was the only reason I knew the ceremony was occurring, and that was a good feeling.

What about a sexy strawberry?

Is there any other type?

Edit: As someone from outside the US, I’m always kind of baffled at how the Halloween costume went from something scary to, lets say, a slice of Pizza. I mean, did that happen at a specific point in time, or has it always been like that?

Ummmm… isn’t that is Papa Smurf and Smurfette? I didn’t realize they were a sexy couple.

Ummmm… isn’t that is Papa Smurf and Smurfette?

Shh! You wanna have to pay royalties?? Blue Gnomes.