I am willing to be at least one of these would sell in Japan.

The sexy cockroach is working for me. The others are going to get you maximally-unwanted attention.

Jefferson Twilight breaks it down. 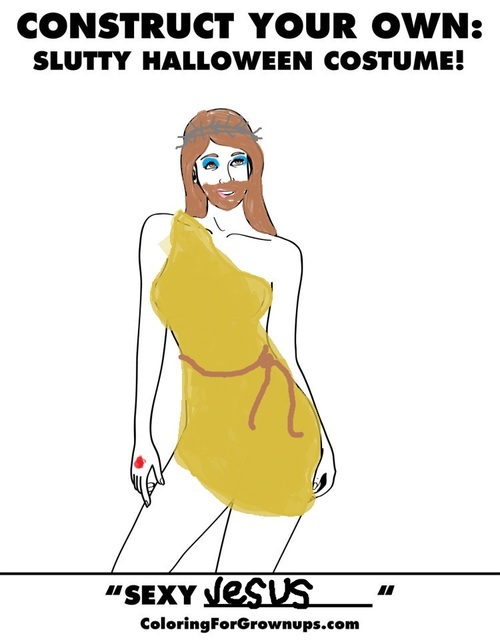 Seen at my local Halloween store, among many, many others…
“Ms. Dream Catcher” –

Only if that middle one could be recast as Mahou Shojou Miracle Furaipan.

With apologies for those outside whatever geographic regions can see this:

Kristen Schaal marks the evolution of the sexy Halloween costume.

Is there anything specific which makes costumes “sexy”? Or can this word be used with practically any random costume?

Is there anything specific which makes costumes “sexy”?

Exposure of (or pointing attention towards) lady reproductive parts that are normally not exposed is usually the standard accepted definition. But I know that to people from your planet, there’s nothing specifically sexy about exposed human female body parts, so you don’t understand why this would be. To most of the rest of society, that’s what makes these silly costumes “sexy.”

How much is the Sexy Late Stage Syphilis?

So the “reproductive parts” are pointed to by covering them, and exposing other areas, such as the belly and shoulders? Sounds rather paradoxical to me. And why only ladies?

So the “reproductive parts” are pointed to by covering them

Covering parts of them, whilst exposing other parts (see: cleavage, parts of bottoms, etc). You see, the way that human males often get titillated by such things is to hint at exposing the reproductive organs, without fully exposing them.

And why only ladies? Because in many human societies (certainly the western ones), ladies are the ones who get objectified in this way. There isn’t as much market share in objectifying human males the same way (though that’s not to say the market for such things doesn’t exist)

Recently added: “Sexy Pizza Rat*,” “Sexy Sriracha,” “Sexy Donald Trump,” and “Sexy Cecil the Lion” (not kidding on any of these), plus the old standbys “Sexy Hamburger” and “Sexy Corn,” etc. 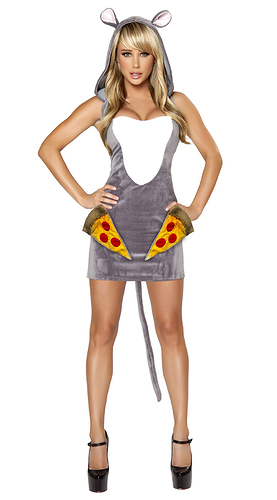 Sexy Minion (comes in one- or two-eyed versions): 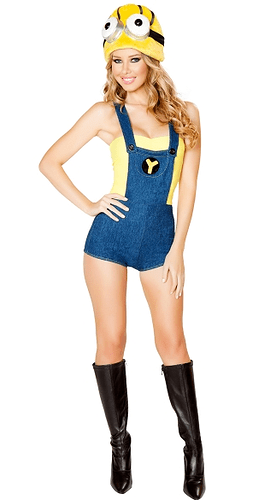 I noticed a costume kit at my local Halloween store called the Happy Camper for men – just a camp t-shirt and pair of shorts, but with “built in woody”, the package noted. 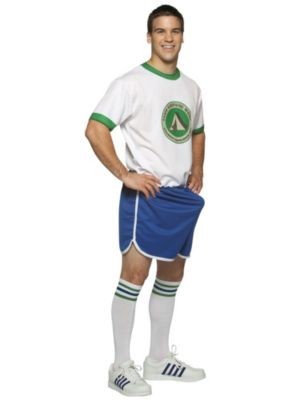 When you look like me, every costume you wear is a “sexy” version.

Sigh - its a curse and a blessing.

Put on a PSU shirt instead, go as Jerry Sandusky.