Have you scienced this?

Continuing the discussion from Cop bravely attempts to stop mother from breastfeeding her baby, but I thought I might make it a thread where we can all put science stuff as it comes up.

When I was at school it was the general view that mammals amounted to nothing till the Great Dinosaur Die-off. We now have a far more nuanced picture in which the 65Mya event caused a change in populations, with the big dinosaurs going, the small ones and the mammals having a rapid radiation of species, and the big mammals appearing.

Agreed. Something I came across and found interesting were some more detailed attempts to explain what groups survived the extinction, beyond possibly just being luck.

Size definitely doesn’t seem to have helped. But there were still lots of tiny dinosaurs that died out; the main birds of the time were Enantiornithes, which have teeth and claws but otherwise look a lot like modern birds, and none made it. Meanwhile some other lineages like crocodilians were relatively unscathed.

One idea is explained in Robertson et al. 2004, 2013, and so on (pdfs where I could find them). In essence for a genuinely fast catastrophe, an asteroid causing shocks and fires all over the world, the critical thing would be escaping the initial burning. Burrowing animals like mammals, and semi-aquatic animals like crocodilians and shorebirds, might be spared; even smaller animals that live in more open land would not.

That doesn’t touch marine extinctions, which must be supposed to be from other effects. It looks other biologists have paid attention but of course not without controversy. I would be happy to hear some other opinions here, if it’s something that might make sense, seems unlikely compared to other causes, or just seems like making up patterns from random chance.

For your viewing pleasure, I present RadioLab’s liveshow segment: Dinopocalypse

They go over a lot of the details of that theory, and do it with the narrative finesse and humor only they can achieve.

Getting around to looking more at this…it’s a nice overview, and I particularly like the feel they gave for the apocalyptic meteor shower. I wanted to point out, though, that what happens next is notably different from the Robertson papers. They talk about temperatures getting to around the melting point of aluminum, not just killing the surface but even the upper ocean, everything that is not buried.

It’s strange to say for a mass extinction, but that seems too harsh to me. For instance from what I understand insect families more or less all endured; not just generic burrowing beetles but even ladybirds and leaf beetles – or whirligig beetles, which live in freshwater much shallower than their limit.

Or maybe a better example, they mention a burrowing dinosaur that became birds. But really there were already several line of birds and it’s hard to imagine them tunneling; little scrapes or nests don’t seem like enough, because that air would be unbreathable. But maybe this is from a simplification on their part or a failure of understanding on mine.

In any case, the papers I found have a gentler apocalypse in that the lower air doesn’t heat up so much. Instead their killer is the direct blaze of infrared from the upper atmosphere, searing anything in the open, and then fires it causes. This allows for more possibility of shelter, in particular places like ponds or marshes where animals like birds could have survived, water being less affected.

But that does mean the ocean is protected too, so again the extinctions there would have to be taken as secondary rather than direct consequences. I will have to watch and see if there is anything to help resolve the two versions.

I think it’s important to understand that we don’t have to define the Chicxulub impact in such a way that it surgically eliminates all non-avian dinosaurs in a flash, or as a direct consequence of it’s impact over the next few years. The extinction period is a significant amount of time, presumably actually beginning before the impact, but greatly accelerated after. Probably some things were annihilated instantly, but others would have simply been unable to cope in the new environment created by both Chicxulub and the dramatic increase in outflow of the Deccan Traps that it likely engendered. With a radical change in environment, things that were masters of the old environment now labored with adaptation left useless, while previously less successful creatures now perhaps had adaptations that gave them a more global edge. All of this could have played out over hundreds of thousands, even millions of years, and not have any detailed fossil evidence for us to follow.

A tangent inspired from a different topic:

It is a poor parasite that kills its host, which in this case he has.

In nature this is sometimes true, but not when parasites are very good at moving to a new host. That’s of course what hedge fund managers like Shkreli are used to; they don’t care about the long term because they expect to find new prey somewhere else.

That’s not actually to disagree with the point. It just reminded me of something I thought parasite fans might like – don’t look at me, we have them here. Mostly mind control gets talked up, but I missed the chance for a 28 days later post, so instead an example of this kind of effective movement from host to host: tiny worms that kill one insect and then jump to others nearby. 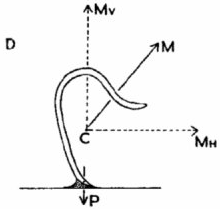 There was a SciAm blog post by Frazer last month about these: leaping nematodes. For people who aren’t fans of parasites, I think this drawing is probably as much as you want to see, but for those interested she gives a review complete with pictures and videos.

It is a poor parasite that kills its host, which in this case he has.

So he’s a parasitoid, but not one of the awesome kinds.

This topic was automatically closed after 483 days. New replies are no longer allowed.