Have you heard this NPR piece?

Trump’s been president-elect for less than two weeks and already the aspiring authoritarians are coming out of the woodwork.

This is what evil looks like pure and simple.

@Max_Blancke, care to comment how this is a ghost story without substance that we’re telling to make each other scared?

This is definitely newsworthy, but whoever wrote the BoingBoing headline needs to give http://slatestarcodex.com/2016/11/16/you-are-still-crying-wolf/ a read and think about whether factually incorrect hyperbolic headlines are helping or hurting.

For anybody who could use some history lessons, get them tickets to Allegiance:The Broadway Musical on the Big Screen, at your local theatre December 13. George Takei’s personal family experience with the internment camps.

Posted here before but worthy of watching again: http://ed.ted.com/lessons/how-did-hitler-rise-to-power-alex-gendler-and-anthony-hazard

That is jaw-droppingly horrifying. Should such a thing come to fruition, I hope every American with a conscience immediately converts, for the sake of being added to the list, regardless of their actual religious beliefs.

ETA: (Americans with a conscience … who aren’t already Muslim …)

Did public radio collectively decide that every one of their shows has to have one of these goons on at least once??? It wouldn’t be so bad if the interviewers weren’t so generally non-confrontational about it. I mean, I understand the philosophy of just letting them talk to show how awful they are, but I think the time for that is past.

There’s also a movement to continue George Takei’s Trump Watch project, where he saved a seat for Donald (who never showed) for months. We are looking for people to purchase and reserve a seat in each theatre showing Allegiance for the President elect. https://www.facebook.com/AllegianceTrumpWatch/

I remember people warning you this would happen.

@jlw What many of us wonder is did you learn anything in 2016 at all or will you repeat yourself in 2020? Will you do your part to set up America for failure yet again or try a tad bit of introspection? 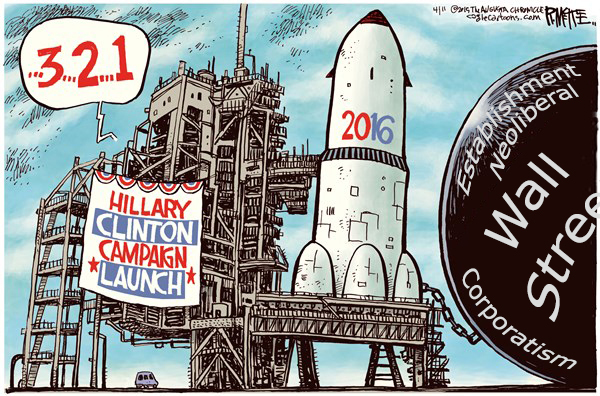 “Hysteria” was his sneer.

Well, in this case the Trump PAC CEO did praise the Muslim registry, and he compared it favorably to the internment camps, so while the hed might be a bit intense with the “Highway to Hell” bit, insofar as it’s relating facts it’s perfectly correct.

Your link’s got a far more serious honesty problems than this headline, FWIW. How to Survive Donald Trump’s Presidency

To listen to this episode of Trumpcast, use the player below: Subscribe in iTunes ∙ RSS feed ∙ Download ∙ Play in another tab Slate Plus members: Get y ...

Yes, indeed, an article from a source we know nothing about claiming that we shouldn’t be worried because the man himself hasn’t shown himself to be a hardcore bigot is just what we need to calm down. Never mind all the people he’s surrounded himself with, like this fellow – some black and Latino people support him, the KKK and the alt-right are ghosts, survey respondents aren’t saying they’re white nationalists, and anyhow he doesn’t really mean what he says. I’m convinced!*

What about that headline do you think is factually inaccurate? True, “highway to hell” is an opinion, but perhaps you’d like to be driven down a barren desert highway and bunged into a shack behind concertina wire for a few years with one suitcase’s worth of your belongings to confirm or deny that opinion.

[* not really, of course. Just wanted to show that I did … ahem … read the article. Or at least gave it a chance.]