Originally published at: How a Spider-Man comic inspired a judge to invent the ankle monitor for tracking location | Boing Boing

but but how then does Spider-Man use his wrist mounted (highly Christmas-toyeic) web ejectors?? presuming this isn’t a narrow period when web production was a biological side-effect ala Tobey Maguire

1970s Marvel comics misused the term “radar” a lot. This was clearly a radio device, and Daredevil’s powers were obviously a form of sonar rather than radar.

And the purchase I made from the ads in the back showed how very little they understood X-rays. 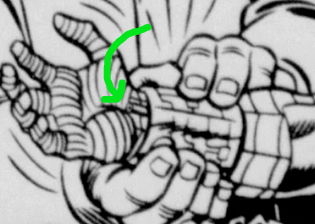 If you look closely, the nozzle for the web shooters is clearly visible and unhindered by the cuff. Meanwhile the triggering mechanism is in the palm of his glove. So all is well.

Inspiration from a Spider-man comic is also how I got an arrest record for attempting to steal all the Hostess Fruit Pies in New York City.