I’m sure there’s a German word for exactly the situation when a sub captain uses the toilet wrong and sinks his vessel.

Seems like installing a toilet with an easily-accessible valve that floods your submarine with shit and destroys the batteries is an unfortunate design flaw.

They probably just call it “Taking a Schlitt”

Actually, the chlorine production is not strictly a chemical reaction. It happens due to electrolysis of the chloride solution (aka seawater) on the charged batteries.

The rampage of the unleashed elemental is the same, though.

Seems like installing a toilet with an easily-accessible valve that floods your submarine with shit and destroys the batteries is an unfortunate design flaw.

In the rush of war production, somebody apparently did not think about proper interlocks.

What eludes me is why there was not a plate with etched or printed instructions somewhere in the room with the valves.

My Dad, an old-school computer scientist, once told me (in relation to programing)
“You’ve made it fool-proof. That’s good. But now you need to make it damn fool proof.”
It’s a life lesson that’s served me well.

Next time the shit hits the fan, I’ll have to count myself lucky if it hasn’t yet hit the batteries.

FTFY: “How a World War II German engineer designed the toilet wrong and sunk a vessel.”

The unpleasant liquid filled the toilet compartment and began to stream down onto the submarine’s giant internal batteries — located directly beneath the bathroom — which reacted chemically and began producing chlorine gas. 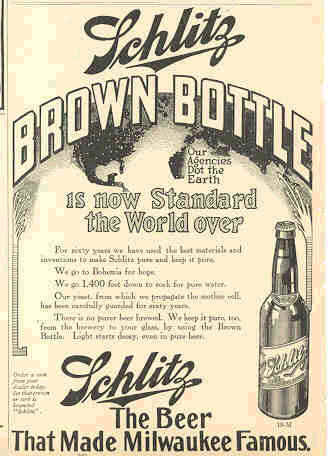 What a shitty way to die (sorry coudln’t resist)

Schlitt frantically ordered the boat to the surface

According to Clay Blair’s authoritative two volume history of U-Boats, published in 1998, the story goes more like this:

“The outboard valve of the forward head gave way and the bow torpedo compartment flooded. Because the main bilge pump and other auxiliary machinery also failed, Schiltte could not check the flooding. Faced with this calamity, he fired the torpedoes in the tubes and destroyed the others, as well as all secret materials, then surfaced to scuttle and abandon ship. Three men were lost but local small craft rescued thirty-six survivors and ten others reached the shore in Aberdeen in a raft. All forty-six Germans were promptly escorted to British POW interrogation centers.”

If the toilet was operated wrong, it seems unfair to blame the designer. Even today, submarines have terrible user interface and require extreme training to use. It’s more a feature than a bug, though, ships that sink on purpose are just intrinsically difficult.

I really do want to see this event brought to life on the big screen. Sounds much more entertaining than Operation Petticoat.

If the toilet was operated wrong, it seems unfair to blame the designer.

Not it doesn’t - not at all. Is a well-designed toilet hard to use? How about a poorly-designed one?

When emptied of people, the interior is steel gray. When crowded, it’s green, a comfortable acid green. Sunlight comes in through portholes in the higher of the bulkheads (the Rücksichtslos here lists at a permanent angle of 23° 27’), and steel washbowls line the lower bulkheads. At the end of each sub-latrine are coffee messes and hand-cranked peep shows. […]

The Rücksichtslos itself is the issue of another kind of fanaticism: that of the specialist. This vessel here is a Toiletship, a triumph of the German mania for subdividing. “If the house is organic,” argued the crafty early Toiletship advocates, […] “Then the Toiletship is to the Kriegsmarine as the bathroom is to the house. Because the Navy is organic, we all know that, ha-hah!” [General, or maybe Admiral, laughter.] The Rücksichtslos was intended to be the flagship of a whole Geschwader of Toiletships. But the steel quotas were diverted clear out of the Navy over to the A4 rocket program.

They are ALL poorly designed. I can personally clog any toilet.