How is this Ted Cruz poster not totally homoerotic and weird for a presidential candidate?

Weird, I will definitely grant, but doesn’t calling it homoerotic assume a male gaze? Or does this actually do a good job of replicating gay pin-ups? Is it too much to hope for a Tom of Finland homage next, then?

This makes the moniker “Lil Baby Pee Pee” all the more hilarious!

I don’t really know what I’m seeing there. Nevertheless, it disturbs me. The way the head is so poorly 'shopped onto the body, mainly. And why is he lighting a cigarette?

If that is his actual body, he has my vote.

Is this supposed to be a play on latin machismo?

Because if so, I think a lowrider is in order.

GROSS. But on a more serious note, HOW is the Iran deal bad? I’m asking for serious critique, because I don’t know one way or the other.

…other than Obama is involved.

Is anything more needed? It’s exactly like the deal with Obamacare - if they actually get what they say they want, they won’t have a clue what to do with it. They have no actual plan to negotiate with Iran. They have no interest in talking with the five other nations that are party to the deal. If they did quash the deal, Iran would have no reason not to build a bomb post-haste, and war would be inevitable.

But none of that matters, because Obama something something Hitler.

The funny part of this poster, aside from the black part, is that even Republicans can’t stand Cruz any more, so he’s pretty much blacklisted. 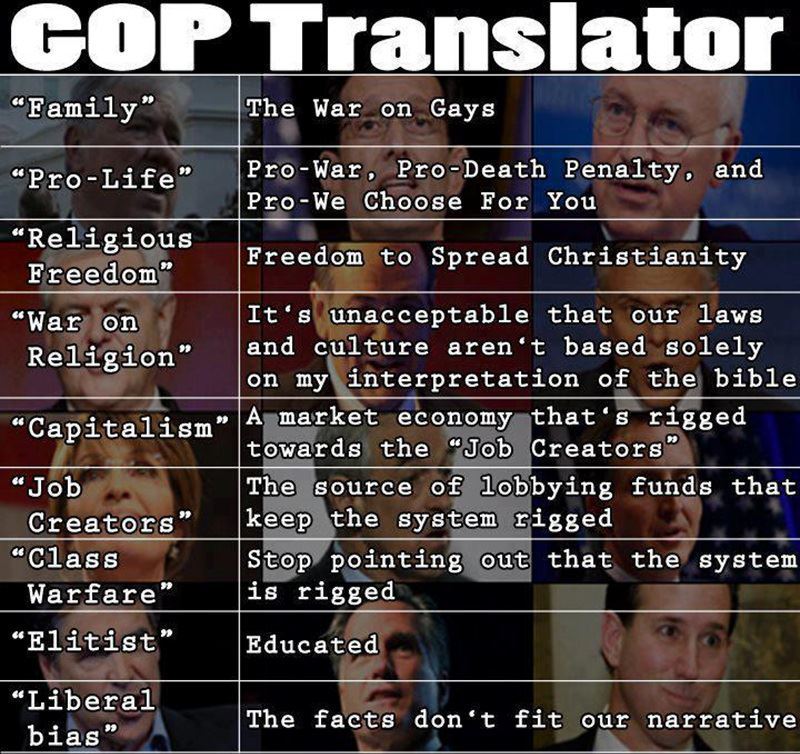 Every argument against the deal I’ve heard basically boils down to “Iran can’t be trusted or reasoned with under any circumstances.” Which basically means any attempt at diplomacy is pointless. Which leaves the oh-so-appealing options of

A) Do nothing to stop Iran’s nuclear ambitions, or
B) Go to war with Iran based on the potential threat of their WMD program

I have attempted discussing the topic with people who oppose the deal and many honestly seem to think B) is the way to go, despite some pretty compelling recent evidence that this approach can lead to a major clusterfuck that doesn’t exactly bring peace and stability to the region.

So I’ve submitted this over at r/photoshopbattles. I’ll follow up later with some of the better results from the photoshop contest.

This is just so sad…it’s like Ted Cruz thought “I know, I’ll pose as Henry Rollins! That will get young millenials to vote for me! They still like Black Flag, right?”. Ted Cruz is drowning in the ocean of The Donald, and he knows it, but he doesn’t actually know how to keep afloat. 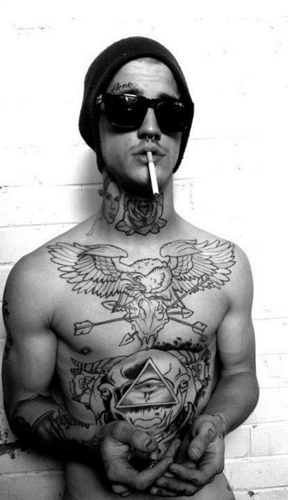 Israel, and more specifically Netanyahu’s administration, have been in cahoots with the right wingers for a while. Ultra conservative born-again Christian types vehemently support “the state of Israel” because its existence is a necessary/integral part of their end-time return of Jesus to Earth scenario. The right wing Israelis are fine with playing to this crowd. So that explains some of it.

Some, as you said, is purely anti-Obama/anti-Democrat/anti-Liberal posturing – if Reagan had come up with this, they would worship it. Or not mention it often, more likely… sort of like Nixon goes to China.

You sort of have to see everything the Republicans pursue through the filter of, they WANT the government to fail and fall apart, creating a vacuum for the power of corporate fascism to flow into. So generally, they are for the things that are bad for the country and the economy, and against the things that are good for it, and this is BY DESIGN. It all makes a lot more sense when you see their actions as diabolical and downright Machiavellian, and not just “a bunch of crazy people,” even though they are that, too. It’s just organized crazy, and actually has a coherent ideology and game plan behind it. It is called corporate fascism.

I think this approach to governing has already been presented in its full glory here:

Damn Canadian. How did he get across the border?

Why is there a baby in a homburg smoking a cigar on his bicep?

There is no shortage of political whores who will sell out for the money against their own countrymen.

The deal is kind of shit. I can’t see inside the negotiations so I’ll assume it is the best they could do, but it is a shitty deal if you want to stop Iran from getting nuclear weapons. How it will work out depends upon if you think Iran is a dishonest player looking to score nukes, or if you think Iran is a honest player seeking a way out of a standoff they don’t want to be in.

Assuming Iran is dishonest, it basically lets them get economic relief, recover economically, and then at some point in a few years build a bomb or even keep building one in a clandestine way. Basically, what is supposed to keep Iran honest is that the sanctions will “snap back” if they start to go back on the deal. This assumes two things that are both probably untrue. First, it assumes that it will be clear if Iran is reneging on the deal. It won’t be. If Iran goes back on the deal, Iran will try and maintain deniability, and the kind of weak inspection portion of the deal lets them play inspector shell games. It will be hard to catch them read handed. Second, it assumes that there will be an international will to slam the sanctions back in even assuming you can catch them red handed. That is pretty doubtful. A dishonest Iran could rebuild its economy, keep developing the weapons, and play games for years as the US tries to turn sanctions back on. Even assuming Iran isn’t dishonest, this really just kicks the can down the road. All of the Iranian deal provisions phase out without any resolution in a decade or two.

The deal really is big gift wrapped present if Iran intends to go back on the deal. They will get a pile of money and suffer no consequence.

All that said, Republicans should just throw their tantrum and get over it. The deal is done, and there is no alternate solution at this point that doesn’t involve doing something really dumb, like starting another Middle East war that we will certainly lose. If the US pulls out of the deal, the international sanctions will just break down anyways. No one is going to put up with the US signing a deal and then trashing it over domestic politics. Best case scenario is that Iran uses the deal as a face saving way to join the international community and internal forces pacify the nation. Worst case scenario, we basically end up where backing out of the deal will lead us anyways; a broken sanction regime.

The deal is kind of shit, but I am for it. I am firmly of the “fuck it” opinion on Iranian nuclear arms. It would be better if they didn’t have them, but I am not willing to see war to stop it. The worst case scenario is that they get their hands on them, and Israel and the US will just have to accept that there is a country in the Middle East they can’t throw a punch at anymore and not expect retaliation. We can still fight our shitty and worthless proxy wars in the Levant if creating hell on earth is what really what gets our rocks off.