Hurry and get your "2nd Trump Inauguration" tickets, with Ted Nugent and Kid Rock headlining!

Originally published at: Hurry and get your "2nd Trump Inauguration" tickets, with Ted Nugent and Kid Rock headlining! | Boing Boing

“This is just INSANE on a whole other level! These “tickets” are being sold for as high as $1,200 each on Q sites all over the internet, the crazy part is that people are talking about how excited they are because they’ve already purchased them.”

I won’t support ripping off Q folks until I know where the money is going. Once we get over that hurdle though, I am not sure I am seeing a downside. 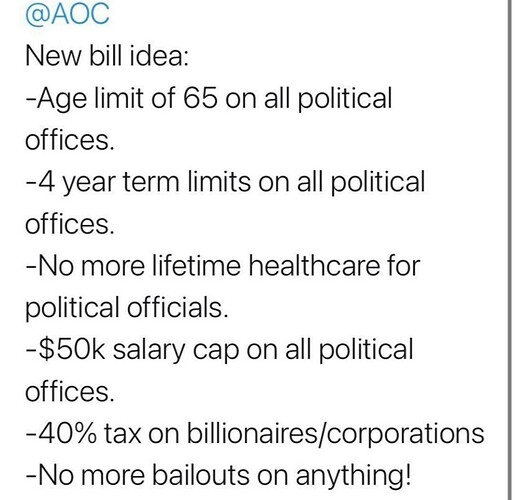 The really funny thing is that they’re ripping off Q-anon people who are actually being DOUBLY scammed.

One, it’s most definitely a scam and he’s not getting a second inauguration because that’s silliness.

That Ted Nugent and Kid Rock actually have gigs – with or without Li’l Trumpy the Rancid Clown – is disturbing just from the musical standpoint.

Does that $1200 ticket price include TicketMaster’s processing fee?

Neither can the Qnuts, who none-the-less show the ability to wait and wait as each “set in stone” day of judgment is pushed forward again and again.

How many of those people who already have bought tickets are real, and how many are part of the scam? In a scam you always want to give the impression that it is legit and that you had better hurry before everything is sold out.

Someone like AOC I don’t think could afford to be a Representative on 50k a year.

I know it’s wrong, but I really wish I’d thought of this myself. It would please me no end if I could pay for my kid’s indoctrination by the radical left and her Master’s degree in Critical Race Theory with money fleeced from the Q fringe.

yes
no: people can stay in office as long as they can win in an open, competitive election. we don’t tell anyone else they have to leave after 4 years
no: yes to lifetime care for all
no: this makes political office something only the rich can afford to do
yes: or more…
yes.

Agreed. The low salary might have the opposite effect of what it’s going for; if the pay is too low, only the rich will be able to afford to be in government.

Precisely the reason it was always a demand of 19th C democracy movements.

Also, rather than take politicians healthcare, universal coverage for everyone.

Also, no one over 65 has good ideas? Or can’t be a good leader or decent person? I’ve know plenty of grandparents that were a fuck ton smarter than their boomer children. Lessons from the Great Depression may have been lost to on the boomers but without the older generations allot is lost. Nope. That feels ageist to me.

I approve of this scam. I’m only sorry I didn’t think of it. And the great part is, you could have a disclaimer on it that the ticket is void and non-refundable if Trump isn’t inaugurated, and you’re in the clear.

Maybe we should fix that, too.

Oh man, I can’t believe I didn’t think of this. You just have to put a disclaimer on it: “novelty ticket, not valid for any event”, like those fake scratch tickets people give out on April Fool’s Day.

$1200 each, you only gotta sell one to make back the cost of printing them.