I was gifted a scenic flight over Black Rock City

Sounds like a dope as hell experience, i’ve wanted to go to Burning Man since forever but could never really justify the cost or couldn’t afford it. At this point it seems more like a Coachella situation and my interest has gone down in the past few years. What are your thoughts on the scene there @Rusty_Blazenhoff ?

Hey, look, you can see Mos Eisley from up here! 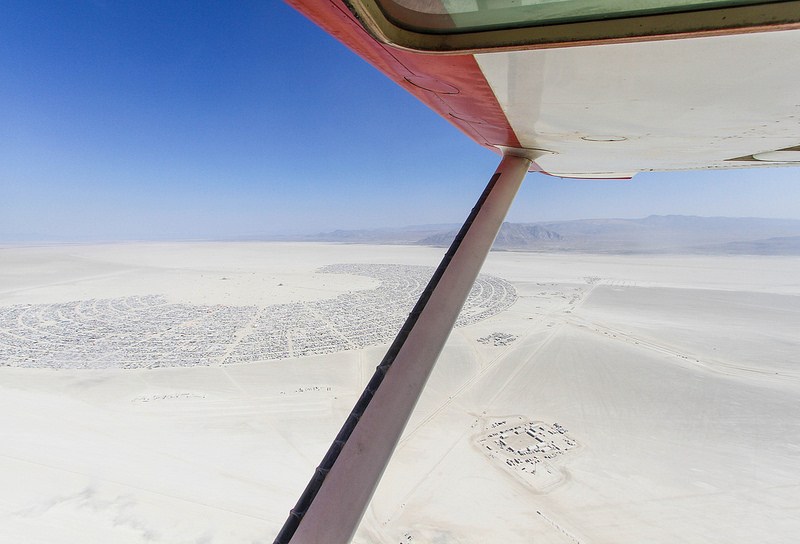 Maybe he can pick up those power converters at Tosche Station?

This makes me think of the movie Fandango, but I can’t find the scene because googling “Fandango movie” brings up a bunch of links to some company named Fandango.

If you type in the year the movie came out, or add the lead actor you’ll likely have more success

great article! one thing i’ve never done at the burn is get a flight around the city. maybe this year… i do have a connection to one of the pilots… hmmmm…

I have camped with several people who volunteered at the airport, with a free ride being one of the anticipated perks. Some of these folks worked in airplanes in the default world.

Hey @Grey_Devil … I think there’s definitely still value in going. I always say… Burning Man is what YOU make it. I’ve never been to Coachella but from what I can tell it’s nothing like that. I mean, I guess you could have an experience out there like that if you wanted it, but I’ve never wanted it. It’s definitely a choose-your-own-adventure kind of place. Also, you can do it on the cheap (er). I don’t know where you live but I’ve done it for well under a grand. It helps if you can join an already existing camp. Some camps have dues but that brings infrastructure and other things that would cost a lot for you to bring yourself.

Lemme know if you have more questions… Burning Man is definitely in my wheelhouse!

You gotta do it!

Appreciate your thoughts, thanks for taking the time to respond

I’d left out the year. Thanks!

So odd, I had no idea it was a film before it was Fandango. Close enough.

I mean, even if things go awry it’ll be a hell of an obituary.

Best way to make sure you get a flight is to buy a couple gallons of avgas beforehand, I’m told.

I have this paperback!

Well, I suppose one cool thing about taking a ride in a stranger’s small plane at Burning man is that there is plenty of place to land if there is an emergency…

It was a book? Thanks, I’ll be on the lookout for it.

I expect our current political leadership saw the movie and thought that Spencer Tracy was the bad guy.