Idaho lawmaker who raped intern sentenced to 20 years in prison

“Von Ehlinger’s supporters publicized Doe’s name, photo and personal details about her life after she reported the rape, and repeatedly harassed her.”

Can we get some more prison time cued up for the apologists and harassers please?

The judge said von Ehlinger failed to show empathy or remorse, and that it was clear he was not ready for sex offender treatment. The sentence would at least deter von Ehlinger from committing another crime while he is incarcerated, Reardon said.

A party of psycopaths.

Can we get some more prison time cued up for the apologists and harassers please?

I only wish. The victim was grilled by members of the Idaho legislature to the point of tears. Following the abuse, she was chased by people with cameras out of the statehouse. The legislators who were primarily responsible still have their jobs. I only hope that this behavior coupled with the forced birth policies will have pretty much all of the incumbents removed in the November election.
I reminded my legislator that we Idaho voters completely removed the incumbents last time they tried to enact forced birth legislation in the early 90s. My words fell on deaf ears.

I read the title and just assumed that the lawmaker was a republican. Is that wrong?

What, you mean the party of projection, deflection, gaslighting and victim-blaming? You get a pass!

I assumed it based on the picture of the GQP’s “Rapey The Elephant” logo.

And if that’s not it’s official name, well it is now.

“You have a pattern of explaining, excusing, deflecting and blaming others for the circumstances you find yourself in,” Reardon said.

Was this directed at the rapist or the GOP in general? Difficult to tell.

“You have a pattern of explaining, excusing, deflecting and blaming others for the circumstances you find yourself in,” Reardon said.

Was this directed at the rapist or the GOP in general?

The judge was just reading from his campaign brochure.

I am in awe of Doe. This must have been a true nightmare beyond even the usual parade of horror for survivors in other rape trials.

“I am here now. I am here scared, I am here frightened, I am so petrified, but I will not be intimidated into silence so that another rapist can slip through the cracks of this justice system,” Doe said in the recording. “I hope he rots in pieces behind those cold metal bars.”

I hope Doe finds some solace and peace.

I read the title and just assumed that the lawmaker was a republican.

Sadly there are plenty of examples of Democrats committing sexual assault. The difference is that when a Democratic lawmaker rapes someone it’s not a given that the Democratic voters will rally around the rapist and demonize the victim.

The party of rape, pedophilia and grooming are who now? 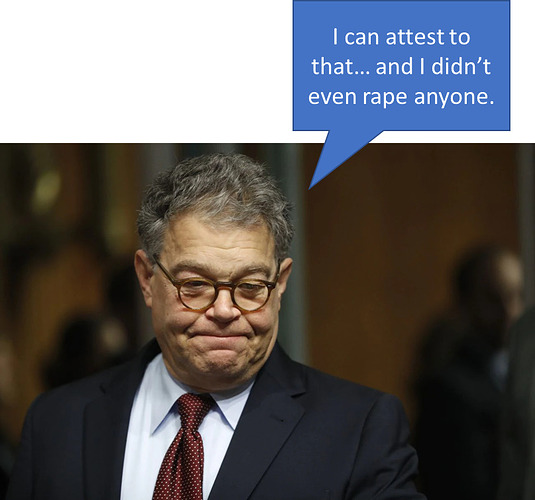 Good Dog, not only is he a bloody rapist, his parents named him after the third reich.
Or tried to.

it’s usually a “second reich” affection, as titles of nobility were abolished in 1919. wikipedia states that he was born “Aaron Anson Ehlinger , May 7, 1982” which makes it even odder.