In true Trump fashion, Truth Social is not paying its bills 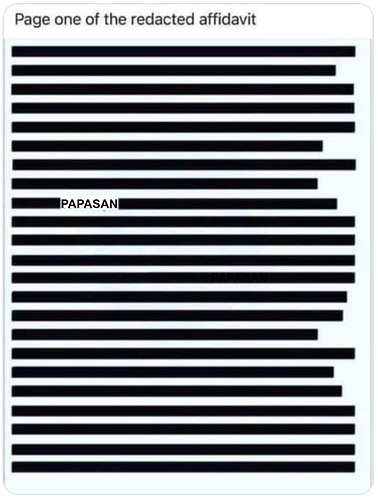 The Russian word for “Truth” is “Pravda”, do you think that it’s a coincidence that Trump named his network after the old Soviet propaganda newspaper?

You were foolish to trust him…

Never try to threaten Trump with a lawsuit. He will drag you down to his level and beat you with experience.

Even so, I imagine that beating resembles a Laurel and Hardy skit where they’re unloading 2 X 4s from a flatbed pickup truck. 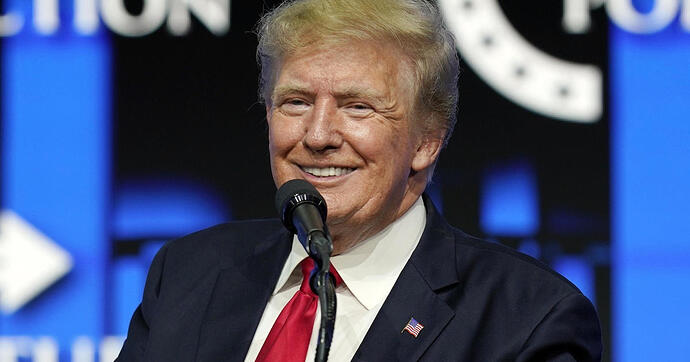 Consumers could be "confused, mistaken or deceived" because the name is too similar to other businesses, trademark office says.

Anyone with any brains would have run the trademark before launch, to prevent any costly name changes down the road, but to Trump, the future is a foreign country.

With You Know Who, the adjectives just write themselves.

What a surprise.
His whole life has been a ponzi scheme variant.

Trump businesses are famous for stiffing their contractors,

Which is why anyone doing business with this crook at this point won’t get sympathy from me when the inevitable happens.
ETA:

Anyone with any brains would have run the trademark before launch…

Well, that explains it.

JMHO: True believers wouldn’t have made a fuss about not being paid, much less charge them very much at all. Then again, even true believers must have their limits.

Name it after a company currently in legal hot water for being very … lax … with prescribing amphetamines? Seems on brand.

They are not a charity, so in the spirit of the Invisible Hand, that Hand is moving to flip the switch off.

Clem Nobrain living by the skin of his teeth in Horseshit, Montana who sees Trump as a charity case and therefore took out a second mortage for donation to Trump? He won’t understand the webhost’s move at all.

I find it difficult to muster sympathy for anyone willingly entering into business with this flagrant fraudster at this point. He does this more or less every time he does any kind of business with anyone.

And most of them have bills to pay (like uplinks) and can’t get away with stiffing their creditors. 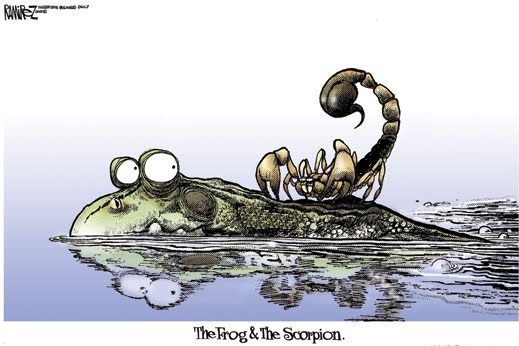 The original cartoon, because I had to figure what else was covered over in the one above.

I’ve known friends who have owed something small like $600 to their ISP and the provider puts a lien on the domain name. How nice would that be to have Truth seized? And why hasn’t that happened?

I remember that his penchant for stiffing contractors was brought up prior to his run in 2016. The articles at the time also mentioned that all the contractors in NYC have simply doubled their prices whenever they bid on Trump projects.

I don’t understand why anyone, contractor or otherwise, would willingly bid on any Trump project, considering his well known penchant for weaseling out on his bills. “But surely it won’t happen to me!!!”

Unless they stipulate half up front and double their prices.

But that still doesn’t work, because he sues his contractors and claims they didn’t do it right. So, yeah, no one in their right mind would quote on a job for him.

Or they’re Freeze Peach Enthusiasts like Cloudflare and Kiwifarms.