Incredibly aggressive squirrel tries to attack man through a window

Two opponents, both alike in wit…

“I DID NOT CONSENT TO BEING FILMED!” he’s just exercising his rights as a foliage-dwelling american.

Maybe he was having a bad fur day… 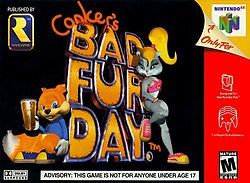 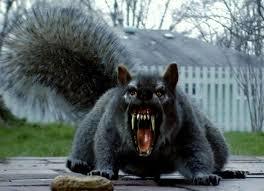 I don’t think squirrels growl like that unless they’re really scared, and I’ll bet this one has a nest of babies nearby, maybe right on the deck.

“This could be the beginning of a great “found footage” style zombie crazy squirrel movie.”

Believe me, crazy squirrel rampage is quite sufficient.

On the positive side, the squirrel’s not a mall cop, nor does he have a gun.

At least it’s not a Rodent Of Unusual Size

Sure, it looks bad. But what we DON’T see is what happened before the beginning of the video, when the guy was acting like a nut.

Given that he announced the squirrel attack before it happened, and the nature of the response, I’m wondering if this squirrel was used to being fed, and this was its “where nuts? you give nuts!” behavior.

Simple explanation, the squirrel went in one day while the house owner was cleaning the frames, so the screens were up and had left a window open, the squirrel hid some acorns under his couch, winters on its way after all and now he wants them back.

Honey, do you know why the phone and lights just went out? Honey?..Honey?.. 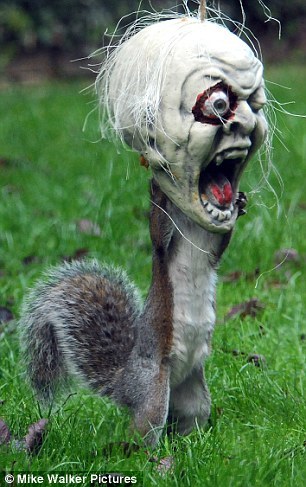 Took him forever to get that damned thing off his head.

Wrong rodent had the camera in this droll bit of dumb-assery.

Not shown, the man behind the window: 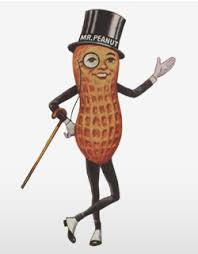