Intelligence on the wing: The Genius of Birds

I’m thinking now that I may not have been the only person write in “a crow… any old crow… I don’t care” on my ballot last election.

At least say hello to them

I’ve got a couple of Common Mynahs that I raised (they were tossed from their nests by cuckoos). Smart buggers. The one I’ve had for a year and a half can knows 5 or sentences. Complete sentences not just single words. Until I raised these birds I never would’ve thought birds were capable of bonding to a person like a dog or cat.

I’m going to put this one on the list. Bird intelligence is fascinating and among crows, jays, and magpies (corvids) really impressive. Crows and jays don’t just learn to recognize human faces to identify threatening people, but teach their young about them, and engage in funeral-like rituals when a known member of the species dies.

The New Caledonian crow isn’t just really intelligent in terms of tool use, they understand things like water displacement (and will use pebbles to manipulate water levels), but also will cooperate with each other to share tools to solve problems:

They’re absolutely amazing. The Hawaiian crow has similar tool using and cognitive abilities, though alas, they’re extinct in the wild: 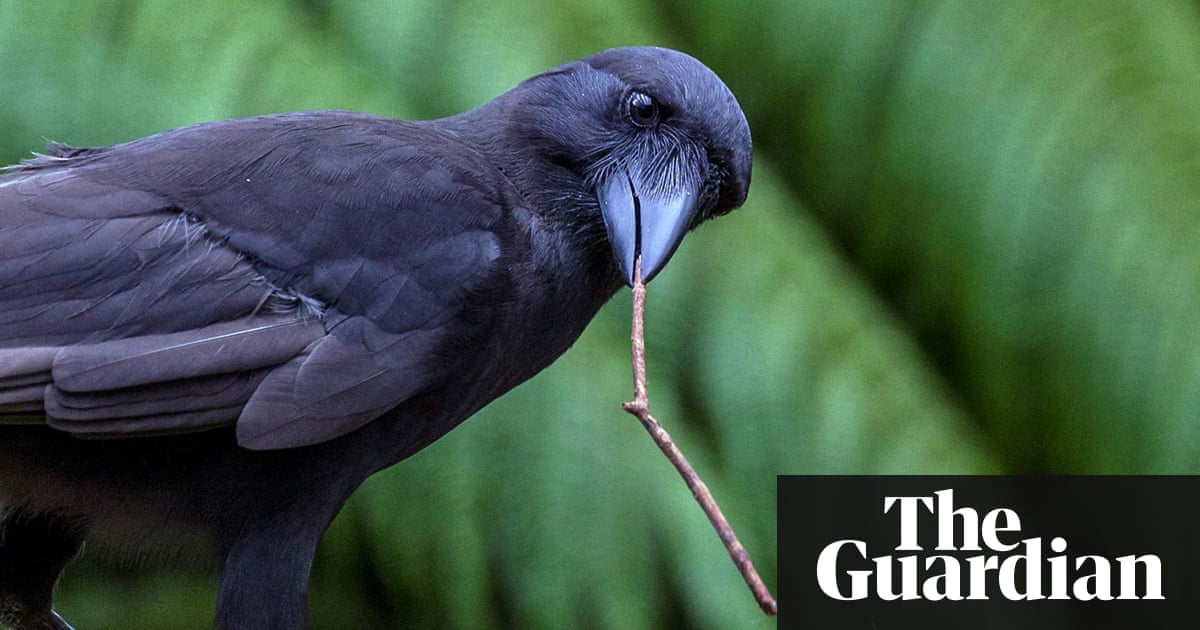 Scientists have discovered a rare bird that uses sticks to find food – making it the latest addition to a select list that includes sea otters, elephants and octopuses

Many passerine birds are able to engage in inter-species vocal communication. Chickadees share warnings about threats (with different warning calls for different types of threats) and send calls to mob predators which are understood by kinglets, warblers, titmice, and other passerines that join in. Even squirrels and rodents will learn to understand Chickadee’s calls to identify threats.

Geez, I thought this fascinating topic would be an interesting and safe topic to click on, but no, even reviewing a book about birds requires having a paragraph about fucking Trump.

Can we please leave Trump out of the non-Trump articles? Or maybe the site should be renamed to WeNotSortOfOrALittleBitButALotREALLYREALLYREALLYhatetrump.net

The tag line would be changed to:
“A Directory of Mostly We Hate Trump”

^^ Things I wish were generally understood.

This has been known since antiquity: The Crow and the Pitcher

The Crow and the Pitcher is one of Aesop's Fables, numbered 390 in the Perry Index. It relates ancient observation of corvid behaviour that recent scientific studies have confirmed is goal-directed and indicative of causal knowledge rather than simply being due to instrumental conditioning. The fable is made the subject of a poem by the first century CE Greek Poet Bianor, was included in the 2nd century fable collection of pseudo-Dositheus and later appears in the 4th–5th-century Latin verse co...

I’m thinking now that I may not have been the only person write in “a crow… any old crow… I don’t care” on my ballot last election.

Pay what you want for programming lessons. Because you then you can get a visa and escape Trump’s America.

Hey, remember that 80’s children show I just thought of? Wow, it sure was great. Until Trump became president. Now who gives a shit.

Here’s a cute animal to distract you from Trump for 36 seconds. And now you are thinking of Trump again. Oh My God Trump is so terrible!

BREAKING: A hacker named Trinity cracked the IRS d-base. Trump’s wall along Mexican border did nothing to stop it. This will without a doubt bring about Ragnarok and our certain deaths by global flood.

ADDITION: Now that I actually read the Ars Technica article, I think I was hasty in thinking the Trinity hack will bring about Ragnarok. This time. Sorry. Not sorry about blaming Trump.

Not sure I agree. My budgies love watermelon so I gave them two pieces to try to avoid the inevitable fight. All five of them descended on one piece, bickering over it for an hour, while ignoring the other piece a metre away.

(sounds a bit like humans now that I think of it)

I have a bird just like Monty in this video. He speaks with intention. The other day I’m vacuuming and I hit the coffee table and the glass falls over. He then says " Be Careful". True Story.

Here’s Monty
It has been about a year since Monty has opened his Puzzle Box. Interesting exercise in memory.

I have a bird just like Monty in this video. He speaks with intention. The other day I’m vacuuming and I hit the coffee table and the glass falls over. He then says " Be Careful". True Story.

I think there’s enough anecdotal and research evidence to show that some parrots do understand what they are saying to the extent that they associate a phrase with a meaning (like someone ignorant of German saying “Gesundheit!” when someone sneezes.)

Hey, remember that 80’s children show I just thought of? Wow, it sure was great. Until Trump became president. Now who gives a shit.