Likewise, you never see the talk of the anti-GG folks harassing rather a lot of people, including just the other day driving a woman off all social media by threatening her children (lizzyf620).

Wasn’t she’s the one who posted the location of Brianna Wu’s House (under FartoContinue)?

Also, methinks you don’t quite understand what doxxing is.

Also, methinks you don’t quite understand what doxxing is.

Are you referring to Zoe retweeting the Cernovich doxxing (which linked to that article trying to raise a mob to send false police tips against him) or the bit about how this article refers to Hotwheels posting Cloudfare complaints directed at him doxxing because they included name and email address, but not Anita posting name, IP, and email address of people sending her mean emails?

Well, see, I’m just gonna fall back on [citation required] because calling what Anita had to put up with as “mean emails” shows me that you’re not here to argue in good faith. 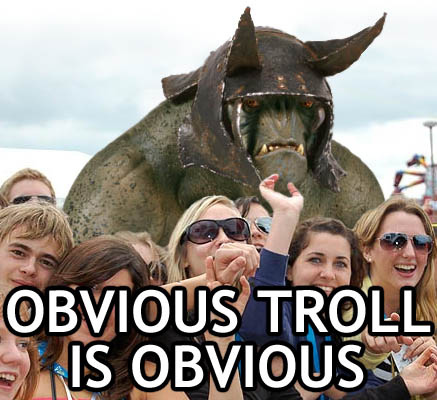 Also, here you go. Feel free to continue to use false equivalence in your “arguments” though. Buh-bye!

Are you referring to Zoe retweeting

Hey, we can play “Count the lies in the Gater’s post!”

Aaaaand here’s a link to a screenshot of Lizzyf’s (redacted) doxx from Baphomet ON GAMERGATE’S OWN WIKI. I hope you consider that an unimpeachable source. Before you accuse me of fibbing.

Were’s the proof that there’s no harassment on gamergate’s side?

I’m not sure why you’re asking me that. There is ample evidence of harassment from the Gamergate side, and there has been since the days of Five Guys Burgers and Fries.

I meant Harassment from the “SJWs”.

Again, I’m not sure why you’re asking me that. I never claimed that no SJW has ever harassed anyone in Gamergate. I did, however, demonstrate that this melon ball’s specific example was sheerest bullpuckey.

My bad then. though I was actually referring to the link; it seems you forgot to post it.

Hmm, yes. For some reason it’s not displaying. Here it is in plaintext:

I see. Well at least the wiki’s honest.

…and /baphomet/ aren’t exactly the best investigators, but like old school /b/ and /i/, they are unlikely to stop. To be fair, Dan Olsen did actually publicly take credit for bringing down 8chan during the DDOS, and a lot of people cheered him on over it.

Yes, her dox got posted on /baphomet/. To quote the very same wiki you are using as a source, in fact the very page that links that image: “/baphomet/ immediately rejects the poster for attempting to use them as a “personal army”, with the poster suspected of being a third-party troll due to the IP having only made 4 posts on the board, all within the thread. The thread is promptly deleted and the user who posted the dox is banned. Several groups, including @TheFartRises and /baphomet/ itself, work to find who is responsible for posting the dox.”

With the topic about to close, let’s continue our debate here.

Well, see, I’m just gonna fall back on [citation required] because calling what Anita had to put up with as “mean emails” shows me that you’re not here to argue in good faith.

The emails in question (the ones she was tweeting with name, email, and source IP address) were just “mean emails” – they didn’t threaten to kill or rape her, they didn’t mention where she lived or anything, they mostly just called her a liar and a handful of misogynistic insults. They also tended to mention thunderf00t, as this did happen shortly after she had him suspended from Twitter for tweeting a video calling out some things in her previous video. I was not in any way saying that you could summarize everything directed at her as “mean emails”, but in the case of specifically what we’re talking about it’s accurate.

So we agree that your examples of “anti-GG” harassing people actually have nothing to do with anti-GG or “SJWs”? You have no evidence whatsoever that they were involved? Great, we’re done here.