Is there anything positive to say about Trump's presidency?

I have never heard of Dippin’ Dots. Am I missing out?

Now wait for next year!

I’m fucking not. He’s expended every single chance he might conceivably have earned by “virtue” of what he did on the campaign trail. Fuck chances. He’s told us what he is and what he’s going to do, and it’s not the same as Hillary Clinton.

No, on this one, Spicer is correct. They are a scourge.

The important question is, is Sean Spicer in the costume? 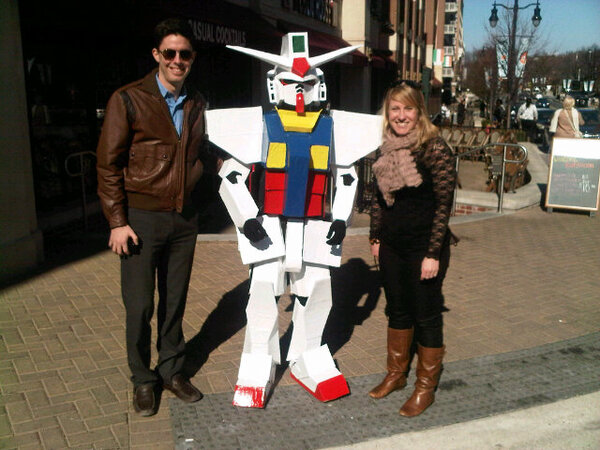 I suspect my favorite thing about Trump’s Presidency will be its brevity.

How long do you think it will be before he abandons the presidency? And gives himself a new title?

ETA: And what would it be, since Gropenfuhrer is taken?

They appear at booths in malls, state fairs, and amusement parks. I’m not a big fan but my 16 year old nephew thinks they’re the greatest thing on earth.

How long do you think it will be before he abandons the presidency?

Not sure, but I hope he didn’t trick the nation into signing a prenup that screws us over when he inevitably leaves us for a younger, hotter country.

What is happening and we know is a positive.

I can see a lot of very good music and art being spawned from it. The creativity shown in the protests has already been, errm, yuge.

From your lips to God’s ears.

There are several lawsuits pending but they take time to go through the chain.

From your lips to God’s ears.

There are several lawsuits pending but they take time to go through the chain.

Apparently British bookies will give you even odds on him being impeached in his first term.

Brian Eno seems tickled pink about both Trump and Brexit, saying it’ll give people a “kick in the arse”.

Of course, he’s British, white, and obscenely wealthy, so it’s easy for him to say such things.

I got nothin’. Sorry. Nothing now and nothing anticipated in the next year or so. His skepticism towards the TPP just makes me wonder what worse idea he has in mind.

He can always hie back to St. Petersburg.

Did Trump actually make any proposals during the campaign stage that anyone thought were going to turn out to be outright positives? We know the slogan “Make America Great Again!” - but what were the specifics? He made promises to do things that were bad for immigrants, muslims, Mexicans, Americans needing healthcare, the rest of the non-American world.

Trumps policies are all at best zero-sum: benefiting one group at the expense of another.

He ran on a platform of being probably but deniably racist, and not being Hillary.

The ideas about restricting lobbying were the only thing that had merit.

Another positive: We have a new holiday to put on the calendar. Donald Trump has officially declared his inauguration day the National Day of Patriotic Devotion. Hope you enjoyed it!

NOW, THEREFORE, I, DONALD J. TRUMP, President of the United
States of America, by virtue of the authority vested in me by
the Constitution and the laws of the United States, do hereby
proclaim January 20, 2017, as National Day of Patriotic
Devotion, in order to strengthen our bonds to each other and to
our country – and to renew the duties of Government to the
people.

He assigned a specific year to the day, so I presume that means it is not re-occurring.

It will last no longer than eight years.