“It may be funny to you mother f*cker, but it’s not funny to me.” Beto O'Rourke shuts down man who laughed about AR-15 used in Uvalde massacre

Originally published at: "It may be funny to you mother f*cker, but it's not funny to me." Beto O'Rourke shuts down man who laughed about AR-15 used in Uvalde massacre | Boing Boing

He’s right of course, but somehow the cheering unnerved me. It sounded more like the cheering for their team having scored a point rather than the murmur of agreement and anger I would have expected.

Why, is it bad to be cheer for the “team” opposed to having deadly weapons everywhere?

It isn’t in itself, it just didn’t sound right to me in this video. Cultural differences, probably.

Maybe the guy who laughed was amused by the statement as it relates to school shootings. It’s irrelevant.

The point Beto was making is that these are weapons of war, designed specifically to make it easy to kill people. No matter what people say, they’re not sporting rifles or hunting tools.

I think that is very relevant.

If it wasn’t for the fact that such idiots like the heckler do exist and follow Beto around, it does seem a little pat. But that in itself answers why: Beto has experience with people like this, so he was prepared and had the retort ready.

I know, it’s still Texas, but I do hope Beto makes Greg lose big, so that the vindictive little man is left whining about how the election was stolen, but powerless to retaliate. Gods, that man rankles.

He’s right of course, but somehow the cheering unnerved me. It sounded more like the cheering for their team having scored a point rather than the murmur of agreement and anger I would have expected.

To me, the cheer sounds like a sort of relief, as the moment the heckler laughs, almost everyone else in the room is tensing, bracing for more abuse but then he gets slammed, hard. The cheer is fueled by that relief and the feeling that finally, someone is giving that asshole as much decorum as he has been showing others! It is a release of pent-up frustration.

I can see that

I mean, what, are we talking about mandating NIJ level IV school uniforms?

We’re getting close in the U.S. The discourse is such that most in the American mainstream will talk about anything – no matter how useless or fantasy-based – other than entirely banning consumer access to weapon platforms designed for military use. 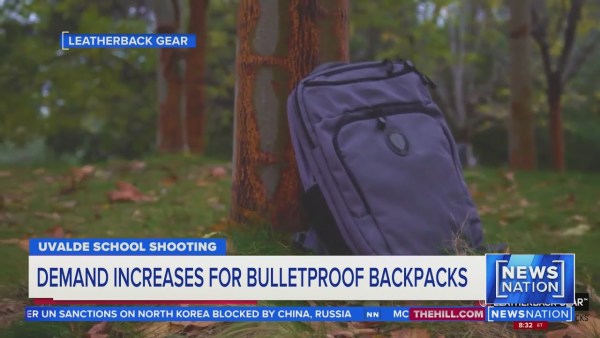 Sales of "Bulletproof" Backpacks are on the rise even though they don't...

According to TMZ, sales of bulletproof backpacks have been skyrocketing in the wake of the massacre in Uvalde, Texas, with some manufacturers reporting up to an 800% increase in sales over the prev…

To me, the cheer sounds like a sort of relief, as the moment the heckler laughs, almost everyone else in the room is tensing, bracing for more abuse but then he gets slammed, hard.

Yes, and more general relief that a Dem politician is finally abandoning civility when faced with one of these death cultists. About time.

Those “nutjobs” are perfectly responsible gun owners right up until they are not. Only in retrospect can you say this, and that is not good enough.

i read elsewhere that the guy was laughing at Beto’s facts, because (apparently) he thought they were laughably incorrect, but that guy was totally missing Beto’s point, and he deserved to be forcefully shut down for laughing at all during such a serious topic. go Beto!

It’s your classic gun wanker point of “if you don’t get every technical detail about this specific type of gun correct, it gives me an excuse to dismiss the broader point about society you are making, which doesn’t actually hinge on technical details at all”

Beto is having to deal with a small but vocal portion of attention-seeking Texas trolls who really do not see anything wrong with zero regulation of the most lethal, made-for-battle firearms ever made. And when such firearms get used on children, or anyone, these people shrug it off (at best) and at worst, they may cheer that if white lives were not taken, they’ll keep a “let them fight” attitude similar to what I saw in the New Orleans police department’s attitude in the 1980s-90s when responding to calls in Black parts of that city. (For all I know, NOLA PD may still be operating that way.)

My state rep (she’s a Democrat) is running against… this Republican woman: 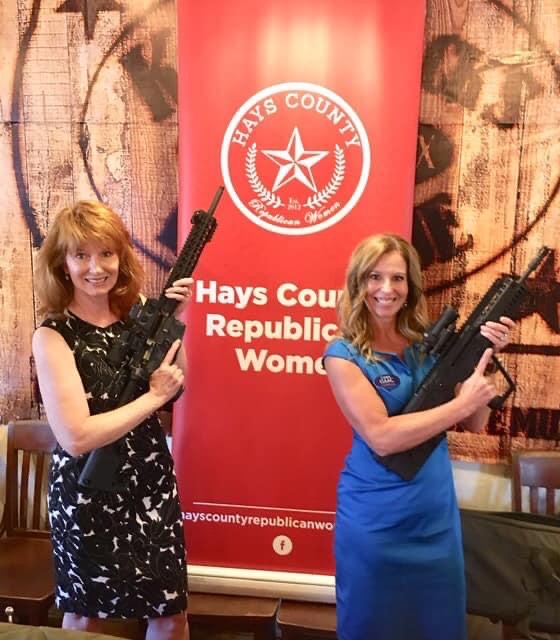 IMG_5107560×640 79.4 KB
The one on the right.
No, I won’t name her.
She doesn’t need free publicity.
At least you can see the kind of material we have to work with around here. Ammosexuals as a term doesn’t even begin to describe 'em.

Beto’s no Barack Obama, who publicly is 99% cool under pressure no matter what.
I appreciate that Beto allows his righteous anger and human limits to show.
I hope his words go viral and more people donate to his campaign for sanity.

Plenty of us Texans have had our voting power gerrymandered, stacked-and-packed, diluted and manipulated by state republicans. And we’re sick of how the profiteers who have bought Abbott & Co. have screwed up our air, our water, our children’s safety in schools, our so-called public health services, and oh so much more.

Beto’s reaction is our reaction to the fuckery that passes for Texas Freedom® and other Texas mythology. He’s got a helluva hard job to flip Texas blue in the gubner’s mansion, and I wish him only the best. 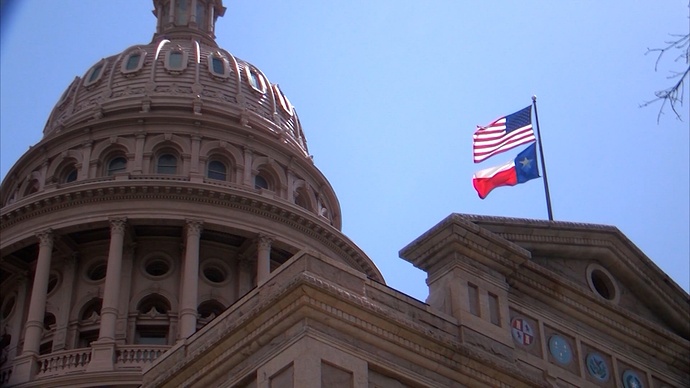 New Texas congressional maps passed by the Legislature favor non-minority candidates and are unfair to Hispanic voters, especially those on the border, members of several Hispanic civil rights orga… 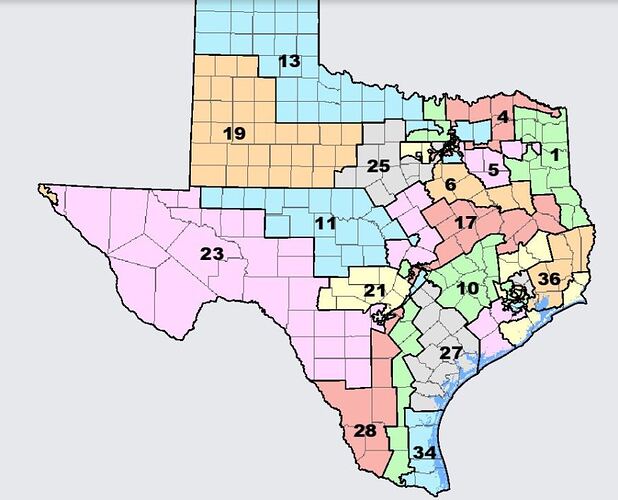 Please remember that in spite of all of this state electorate wranglin’, Beto ran against Ted Cruz and lost by a respectably thin margin. 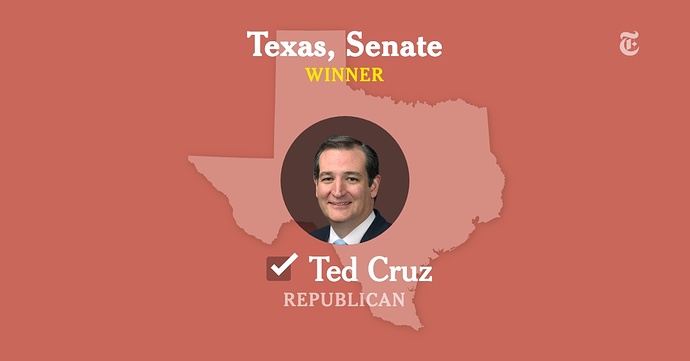 See full results and maps from the Texas midterm elections.

And as long as I am at it, Beto in El Paso (which is not connected to the Texas Freedom Grid) did way more for Texans during our extreme freeze in February 2021 than Abbott ever did. 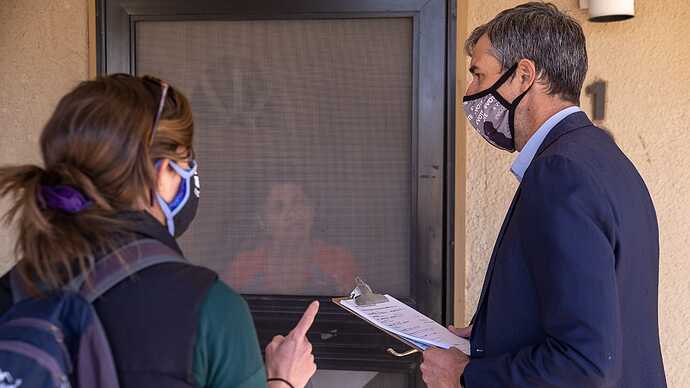 Beto O'Rourke says storm crisis brought out best in Texans, quiet on his...

While Beto O'Rourke's winter storm efforts have renewed speculation on whether he will seek future office, he says he's focused on volunteering. 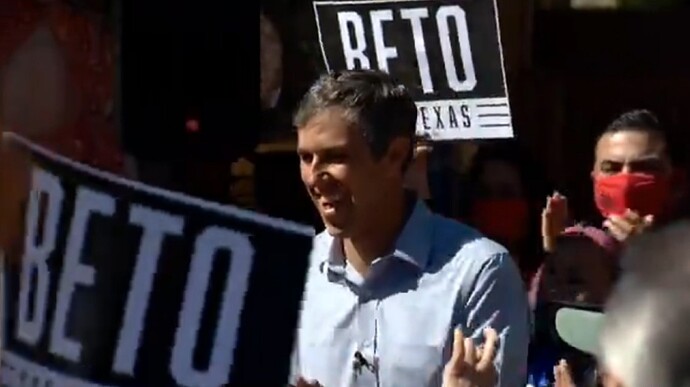 O'Rourke will outline his plans to fix Texas's power grid, while Gov. Abbott is scheduled to meet with business owners.

ETA: grammar again
started back on the coffee-drinking later in the day, having given up coffee-less week this week

On the other hand, conservatives and gun fanatics don’t like it when anyone tries a similar technical approach when they try to scapegoat violent games for actual violence (behavioral & psychological studies, showing proof of other countries with violent games having significantly lower gun crime rates because of gun control laws).

I clicked that heart so hard I nearly broke my mouse.

Awesome. Can we be past the bullshit “civility” handwringing now? Normal people are sick of the fascist boot heel on their face and not nearly as concerned about potty mouths and bIPaRtIsAAaN!!! as the “liberal” media would lead us to believe.

Sure hope this is Beto’s “Inverse Dukakis in the Tank” moment — one that all but sews up the race in his favour.

We’re moving past “going high”. I mean, since the people we’re fighting with seemingly have no bottom, we have to act with a bit less decorum than usual.

I know, I know, the cliche about what happens when you wrestle a pig, but I do feel there’s some ground that can be made and that there’s a place you stop.