I bet there are things these Brooklyn people would be nonplussed by that you would freak out over. People are different and they have different life experiences. That doesn’t make them pathetic.

I once worked for a a small regional HMO in VT and while checking in with one of the health care centers in Burlington everyone was in an uproar because a large black snake had slithered in a back door.

It was quite actively exploring the office space, and people were standing on desks and jumping around. I recruited a doctor to prod it with a mop into a trash bin I was holding, and used a 3-ring binder as a lid. Easy for me because I grew up in a more rural part of VT. Don’t ask me to wrangle kids, though!

I turned the hose on it & it shot away like a rocket.

Your hose spray gave it an additional boost!

Actually, hawks and falcons have been in NYC for a long time.

Yes, I saw a red-tailed hawk in a park in Queens when I was a teenager. I think it was passing through. There are established populations of hawks in other places in NYC. They like the tall buildings with ledges and the bridges. They mostly eat the pigeons. A couple years ago, there was a coyote in the middle of Queens, near where I grew up. It came into town following a freight rail line with trees along it. It was hiding out in people’s front yards in the bushes.
This link talks about Coyotes in the Bronx, the only part of NYC connected to the mainland. Having wildlife outside the big four is still unusual though.

Learn how to be 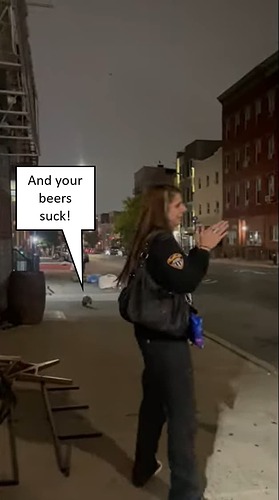 Having wildlife outside the big four is still unusual though.

Your comment reminded me of these lines from SNL’s “Walking in Staten:”

I bet there are things these Brooklyn people would be nonplussed by that you would freak out over. People are different and they have different life experiences. That doesn’t make them pathetic.

You are right and thats almost my point, they can handle the high weirdness of the city without a thought but a little 10 pound possum caused panic. Just struck me as silly. Just the thought of going to brooklyn would short me out and that’s just pathetic

Possums really do look scary with their snaggly teeth and prehistoric look but the few times I’ve had to relocate them, they seem pretty low-energy and unaggressive really. I’m glad this possum wasn’t harmed.

At my first employer we learned how possums can (even in highly urbanized areas) wiggle their way into the works and, tragically, harm themselves. One of our very ‘thirsty’ test facilities needed to draw its power through a battery of onsite electrical substations. We’re talking very high amperage. The substation cabinets were a bit larger than, say, standalone wardrobe closets and were set on concrete pads. One weekend one of the substation cabinets caught fire. Completely engulfed, based on the pics I was shown. It was my area that got effected, so I was obliged to inspect the carnage. On the cabinet’s base were several possum tails… one large and five small. The rest were just ashes. A possum family had wandered in there for shelter and somehow caused a short. Poor little guys. Mom and babies were likely huddled together, so if one got electrocuted…then…

I agree, those big city types can overreact a little to something like this, but as an old man who grew up in the country, I can tell you that 'possums are not friendly little animals who want only to amuse us with their silly antics. They can be aggressive, they’re frequently loaded with fleas and other parasites, and as mammals, they have the potential to carry rabies. (And for the record, they taste awful).

So basically this in reverse. 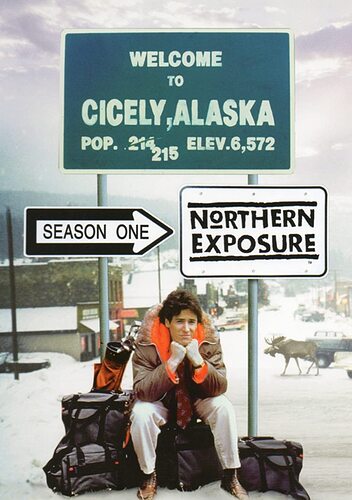 Have you ever seen a opossum? They are some scary looking critters to city folk. They look like vampire rats or something.

I walked into highschool homeroom as a 9th grader. Everyone was panicking because there was a small bat perched from the ceiling. I grabbed a T-shirt and a chair, grabbed it and put it outside. Grew up catching anything I could get my grubby little hands around.

they are marsupials=no rabies body temp is too low. I’ve got them all around the place out where I live and only get aggressive when they’re trying to eat. Fleas and ticks for sure at least that’s my76 year old experience and i’ve never lived in a town

Possums don’t get rabies, a simple Google search will explain it.

I have never seen an aggressive possum. Although, if you poke any animal epically if babies are involved I suspect they will defend themselves. That’s not aggression that’s normal animal behavior.

How do we know this was a wild possum in the first place?

When I was about 10, a 'possum set up residence in the chicken coop, and all attempts to swoosh him out with a broom, stick, or shovel were met with hissing and short charges. My dad finally disposed of him with a .22, but not before he had killed most of my chickens (a 4H project) and scared the others so badly that they stopped laying. Maybe it was just this 'possum, or maybe it was because he was cornered (although the hole he came in was right behind him), or maybe the gray skies and snow from September to May that we got in Northern Michigan back in the 60’s just made our 'possums generally ornery, but this little SOB was pretty aggressive. But I agree, out in the wild they’re as likely to run away or play dead as to come at you.