This is simply delicious! Watching him be destroyed bit by bit is giving me the maximum legal dose of schadenfreude.

Since there has been mention that the Law & Order writers couldn’t write lawyer characters this inept, I figure this is an apt gif;

My god, the KARMIC JUSTICE of this is almost too good. Almost.

I see Alex Jones is hiring the lawyers that even Trump wouldn’t touch.

Now the Jan. 6 committee investigating the riot at the U.S. Capitol is to subpoena the data, raising the prospect of more serious trouble for Jones and his political cronies.

This, plus the Kansas news…made my day.

The judge has called him out multiple times now for lying under oath. Why have there been no consequences for this, other than her disapproving tone? Is lying under oath not a crime in a civil court?

This illustrates the problem with alleging grand secret conspiracies, it’s hard to keep all the details and machinations hidden-- people rat each other out, people get cold feet, or in this case someone goofs big time.

I was really hoping someone would tip the Jan 6 committee off to this. Jones’ lawyer failed to try a claw back or even identify anything as privileged when Bankston (lawyer for the family) did the correct thing and notified Jones’ lawyers about the mistake. This is a huge deal. Jones’ lawyer failing to do that means any chances of opposing the subpoena are in the toilet. If Bankston doesn’t hear from the DOJ about this info in the next 24 hours, I’d be very surprised

That lawyer fucked up multiple times

This is how I know, for certain that we both landed on the moon and Area 51 doesn’t have aliens.

People are woefully inept at keeping anything big a secret.

Probably to avoid a mandatory stay on the case pending criminal proceedings. There may be charges after the judgment is handed down.

There just aren’t enough ROFL gifs in the world for this. But here’s one anyway. Just look at it!

It’d be fitting if Trump is taken down by a lying jackass con‐man. 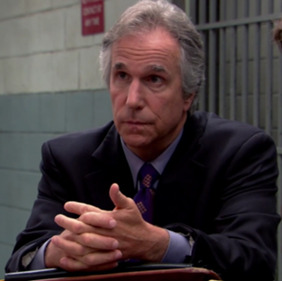 And the Secret Service offered to help. Yeah, that’s it, help.