But that was different.

Yeah, a black Democrat was in office then.

After the confirmation hearings in which Spicer asked Yates the now seemingly prophetic questions,

Should be “in which Sessions asked her,” yes?

Oh they despised the last white Democrat too.

Yeah. I thought it was important to mention both ethnicity and affiliation, though.

Yet more proof that Republicans like to talk about the Constitution, separation of powers, and the rule of law, but don’t actually give a rat’s ass about any of them. 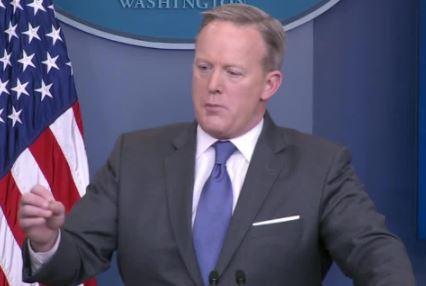 Donald Trump's White House says 5-year-old boy was 'handcuffed' because he was a...

The White House has said a five-year-old boy was detained for more than four hours and reportedly handcuffed at an airport because he posed a “security risk”. The boy, reportedly a US citizen with an Iranian mother, was one of more than 100 people...

#HULK NOT BUYING IT

This video is going viral on the premises that Sessions would consider the travel ban improper and that he’s not a hypocrite. I’m skeptical about both.

If they are in power, they don’t care about any of that. They just want to keep their rich masters happy and hope they get something from the 1%.

Hulk needs to smash some places in Washington D.C.

It…isn’t grammar though? It’s the wrong person who asked the question - or am I gif reading too literally here?

It…isn’t grammar though? It’s the wrong person who asked the question - or am I gif reading too literally here?

Yes… too literal… Just a joke about nit-picking, really.

Nitpicking to say it wasn’t mouthpiece Sean Spicer who asked the question, but instead Senator Sessions?

Maybe I just need more sleep. Well, I always do.

You’re not in the wrong here. For some reason they felt the need to defend BB instead of just accepting that the correction needed to be made.