Latest is that Session’s trip to the GOP convention, during which he met the Russian ambassador guy, was charged to Trump’s campaign.

Honey, that hotel I charged on your card so I could shag that russian whore, I was not acting as your husband then, I was acting in the capacity of the Armed Services Committee…

From John Scalzis blog. He coined the phrase Schadenfreude Pie (after the phrase humble pie, which actually has nothing to do with the state of being humble), then wondered what such a thing would taste like. Dark. Rich. And oh so bittersweet, he...

Totes serious I think Trump’s ever-diminishing vocabulary is legitimately a sign of dementia, possibly early Alzheimer’s. It will gradually become less funny as time wears on.

ETA: I wonder if the researchers who did this study on Reagan back in 2015 have started applying the same analysis to Trump. 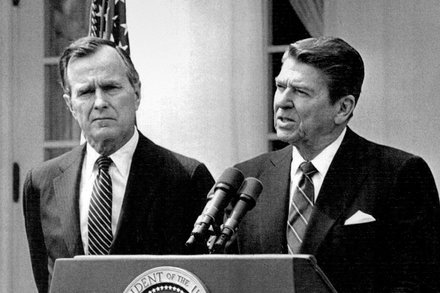 Researchers have found subtle indications of dementia in transcripts of the former president’s news conferences.

Today I had a blast of lucidity about Russia’s involvement and I wasn’t dropping acid.
Here are some starting facts that I’ve absorbed over the last few weeks:

So, given all that, here’s what I think happened:

Russia colluded with Trump to boost his campaign. Putin probably used a combination of the blackmail file and debt forgiveness to get Trump to cooperate. It wasn’t a hard sell since Trump didn’t expect to win, he was happy to take the free money and whatever chaos Russia could stir up on the Clinton side (remember when Trump called for Russia to hack her “missing” 30,000 emails).

Some hardcore republicans got in on the action because they also wanted Clinton to be a weak president (republicans had already committed to “investigating” Clinton for her entire term). That’s how Sessions went from being a massive Russian hawk to being almost lovey-dovey with the Russians.. They even agreed to modify the GOP platform to oppose arming ukrainian forces fighting russian irregulars.

The republicans did all that because they did not expect to win. They figured they had nothing to lose and so some lip-service that they could take back anytime they wanted to was a small price to pay for help fucking over clinton and the rest of the democrats. Since they didn’t expect Trump to win they were also kinda sloppy about covering their tracks — nobody investigates the losers, instead they just get forgotten.

Then Trump won and shit got real.

That’s why Flynn and Sessions both lied about what would otherwise have been totally plausible contacts with Russians - panic. When someone is freaked out about getting caught, they just deny, deny, deny. Even when the denying makes it look suspicious, they still deny because they feel like any sort of partial confirmation might open them up to getting caught. Basically they are bad liars.

Its also why Trump is constantly yelling that anything to do with Russia is fake news, he’s not smart enough to do anything more sophisticated than deny, deny, deny. And its why he won’t release his tax returns, they would reveal his (prior) indebtedness to Russian money.

It also means that Putin’s got a whole different level of blackmail material on Trump than just golden showers and mob money. He’s got his side of the bargain he made to boost Trump’s campaign. Its not just impeachment material, its high treason material and not just Trump but all those people around him like Flynn, Manafort, Sessions, Roger Stone (who knew about the podesta email leak ahead of time) and maybe even McConnell (who tried to squash the russia investigation back in september).

So, that’s my conspiracy theory. I think its better than the average conspiracy theory, but I’m obviously biased. I’m probably deluding myself, but it sure feels like the truth because it explains so much and as best I can tell it doesn’t have any gaping holes.

this also was great.

Colbert seems to be doing an impression of Alec Baldwin’s Trump impression.

Funny, I was thinking about the debt forgiveness thing yesterday.

My current sustaining fantasy: Somewhere in the CIA is a guy with a thumbdrive full of PDFs of Trump’s tax returns. Years of them.

Every morning he reads the news, looks speculatively at the thumbdrive, and wonders “Is today the day?” 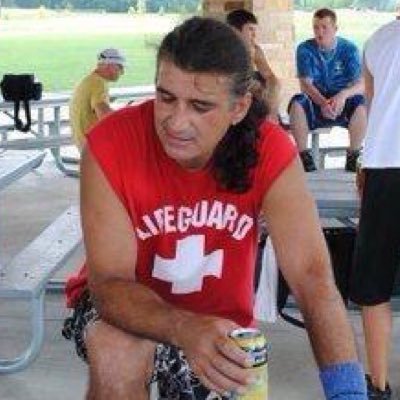 @TAPSTRIMEDIA @MalcolmNance have an article where he asked Indiana Supreme Court to seal all his files. I ll find it in a min https://t.co/sW7MvbZC5E

I smelt the awesomeness!

(republicans had already committed to “investigating” Clinton for her entire term)

And let’s not forget McCain saying he wouldn’t vote to confirm any Supreme Court nominee a President Hillary Clinton might nominate.

and maybe even McConnell.

But yes - this is likely what went down. We have to see them all off to jail.

My current sustaining fantasy: Somewhere in the CIA is a guy with a thumbdrive full of PDFs of Trump’s tax returns. Years of them.

But if he gives them to wikileaks, where is he going to hide? Russia?

Several groups, such as the New York Times and ProPublica, have sent out “send us what you’ve got” invitations.

Maybe even now that thumb drive is stuck to the bottom of a park bench with a wad of bubble gum, waiting for a feisty reporter to pick it up and start the next chapter of a great political drama.

At least, imagining that is what lets me sleep at night.

Life lesson. Never stick anything you find under a park bench attached via bubble gum anywhere.

In this day and age its too dangerous. Its perfectly feasible for official computers to watermark the documents they handle. It could go in a fancy letterhead image, and be preserved in a screenshot, or it could be invisible noise in the light grey background of the document.

Realistically, anybody who leaks from a professional organisation like the CIA (not the Trump administration), is going to have to run.