That goes 100x for politicians.

I agree, and yet when a racist can’t help themselves, I appreciate them showing us who they really are.

I’m thinking we aren’t gonna see good ole Joe taking questions in public until after congressional midterms in his second year in office. I mean, there’s a reason he never got far in his past presidential forays.

Joes not a racist. He just believes black voters have to vote Democratic, a common viewpoint in the party.

Disagree. This was obviously a huge gaffe, but avoiding all discussion of issues surrounding race isn’t a “best practice” even if it’s the easiest way to avoid controversy.

We had 42 white guys in the Oval Office prior to Obama. By and large, the ones who didn’t make any statements about race also didn’t do anything to address racial inequities in our society.

Uncle Joe, true to form. Too late to expect him to start thinking before he opens his trap instead of after.

ETA: one of several reasons we’re screwed with him as the nominee. 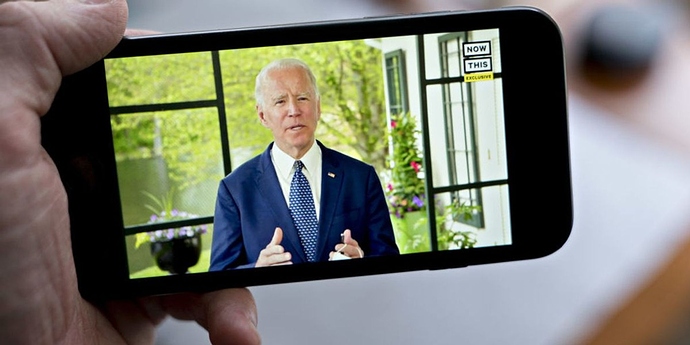 Who’s advising Joe Biden on tech policy? No one in particular.

The former VP and presumptive Democratic nominee lacks the tech policy infrastructure of his predecessors.

c’mon Biden, DNC – you pushed Sanders out, now don’t fuck it up any worse than you already have.

This is the same party that lost a presidential election to Donald Trump. Nothing surprises me anymore.

Joes not a racist. 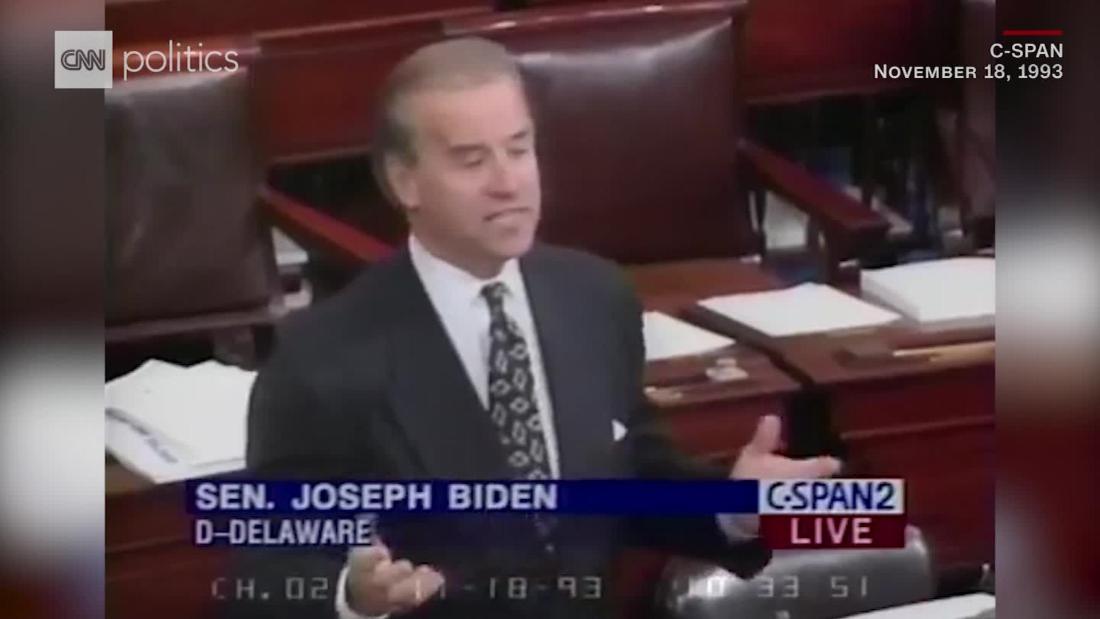 Biden in 1993 speech pushing crime bill warned of 'predators on our streets'...

Joe Biden in a 1993 speech warned of "predators on our streets" who were "beyond the pale" and said they must be cordoned off from the rest of society because the justice system did not know how to rehabilitate them.

I wonder who CornPop will vote for?

One hopes he’s learned from his mistakes and will shut the fuck up and listen to communities of color about what they actually need in terms of legislation from the the Fed. This has been the problem for far too long, that the federal government is (even today) nearly entirely dominated by white men who feel they know better than the communities that they are trying to represent. White men like Biden want to help, well, fine, but close your mouth and see what these communities need (same from LBGQT folks, women, the disabled, immigrants, etc, etc, you get my point) and do their job and SERVE these communities!!!

(words to to satisfy BBS gods)

The dems have a near-lock on Black (and most minority) votes not because of an abundance of sympathetic policies. It’s because in a choice between antebellum-minded Klansmen in business casual and a couple shifts to the left on the spectrum, you sure can’t vote for the Klansman.

The whole “Democrats are more racist because they just use the black vote!” is clearly a disingenuous correlation, but it ain’t totally without merit.

You assume when he talks about “predators on our streets” he means black and brown people. YOU are the racist! /s

I feel like I can’t make that /S big enough, but I have heard basically that argument A LOT.

I guess it is like saying, well, if YOU hear a dog whistle, I guess YOU must be a dog. I certainly didn’t hear anything.

He should have just said “if you have a problem figuring out whether you’re for me or Trump then you are a complete fucking moron.”

I have never ever ever taken the African American community for granted.

Who’s advising Joe Biden on tech policy? No one in particular.

Maybe Barron will be willing to stay on the job.

Imagine if Bernie Sanders had said ‘If you can’t tell the difference between me and Trump, you ain’t black.’

He would have been Canceled so fucking fast it would leave only the soft ‘pop’ of the air rushing in to fill where he had been.

But we can’t run Bernie, because motherfuckers don’t know what socialism means.

And Biden is going to lose, but at least Pelosi, Schumer, et al can still get money from Wall St., Big Pharma, military contractors and telecoms. And never do anything to stop voter suppression, gerrymandering, Citizen’s United etc., because a) Obama couldn’t look ‘mean’ and b) if they did that, they would win, and victory is less profitable than perpetual struggle.

Because Biden losing isn’t a problem for the Den establishment. Pelosi, Schumer, all of them. If Trump wins, they raise more money. They’d rather you die in a hospital than upset their gravy train with ‘Bernie’s Socialism,’ aka what not-shitty nations with safety nets and longer-lved more equitable populations.

Because Bernie can sound angwy and we can’t have that.