Joe Biden repeatedly claimed to have marched for civil rights. He didn't.

8 years? That would imply she made these comments in 2011? Have a link for that? That doesnt line up with the information I’ve seen.

Regarding “statutes of limitations”, the issue is not just length of time (whether 8 years per your claim or 15 years per my understanding). It hardly makes sense to judge comments made by a 22 year old Tulsi with efforts made for decades by Joe Biden to imprison drug users. Efforts made when he was 30 years older than Tulsi, with a lifetime of experience, and evidence all around him of the thousands of lives his anti-drug crusades were ruining.

3rd point is whether the politician changes their behavior or just their rhetoric. Tulsi has consistently voted to support LGBT rights for years. Full support from the leading LGBTQ civil rights organization. When our political structure is infested with warmongers and corporatists, Tulsi is one of the few willing to stand up and speak out against the war machine.

Tulsi is one of the few willing to stand up and speak out against the war machine.

She’s also one of the few willing to stand up and lend her credibility to Syrian president Bashar al-Assad, who murdered Syrians with sarin gas. There’s being a pacifist, and then there’s being a useful idiot. For my money, Tulsi Gabbard is definitely in the latter camp.

8 years? That would imply she made these comments in 2011? Have a link for that?

No, I just picked the year because it was 2012 when she explicitly said that she had changed her mind. She was on my city council at the time, up until then I had never heard anything to suggest she had changed. When she ran for City Council in 2010 she was VP of the pro-religion-in-government Stand Up for America, her father’s nonprofit, and he was certainly still vocally anti-gay at the time.

3rd point is whether the politician changes their behavior or just their rhetoric. Tulsi has consistently voted to support LGBT rights for years.

Likewise it makes the most sense to judge Biden on his most recent political job, his 8 years in the spotlight as VPOTUS.

Interestingly, the Hawaii LBGT caucus still does not support her.

Look, I’m not really anti-Tulsi, and I think she’s done a good job of representing my state in Congress. I was probably the first person to mention her presidential ambitions on BB, we’ve known about them for years. I’m just amused at the way some elements of the left have embraced her, and work so hard to look past some striking flaws. Her seat was once occupied by Patsy Mink, and later by Mazie Hirono (now a senator), and she is not in the same stratosphere as those two.

Biden does appear to be the choice of a plurality of people responding to polls though, at least at this early date, which sure seems to indicate that he’s better at running for president than Cory thinks.

Why do I suspect that these are landline telephone polls?

And regardless of who gets the Democratic nomination, I will be donating, working for, and voting for that person. Even if it’s Bernie. Even if, somehow, it’s f#@%ing Tulsi f#@%ing Gabbard.

Yeah, I am with you on that. I am not so rabidly anti-Trump as many. But his corruption and lawlessness is having a corrosive effect on US governance.

His great plus point, is that no one has done as much damage to the US imperialism as Mr. Trump. Everyday he reduces the US’s prestige and damages US relationships with its allies. So hes got that going for him!

Why do I suspect that these are landline telephone polls?

Perhaps because you don’t like the results? Alas, no dice. Click on the pollster name to see the methodology. The CNN/SSRS poll, for example, states that “A total of 1,006 adults were interviewed by telephone nationwide by live interviewers calling both landline and cell phones.” (Emphasis added.) YouGov used online interviews. Biden is up by double digits over Sanders in both polls. Across the polls since late April where all candidates are considered, Sanders is consistently in the high teens up to 20%; Biden is consistently above 30%.

Again, I understand why Sanders supporters don’t want that to be true, but not wanting something to be true should not lead to pretending it is not true. That way lies Republicanism.

I am not so rabidly anti-Trump as many

erhaps because you don’t like the results? Alas, no dice. Click on the pollster name to see the methodology. The CNN/SSRS poll, for example, states that “A total of 1,006 adults were interviewed by telephone nationwide by live interviewers calling both landline and cell phones .”

Totally true. Biden is not my first choice. Still, maybe those poll results will change. I can hope cant I? There is a lot of time for those Biden stroking little girl videos to work their magic. Not to mention a lifetime of other Biden good works, for black people, sick people and student debtors.

As for Trump, I continue to applaud the President’s efforts to undermine American influence and imperial exploitation of other countries… Its just that I am not entirely convinced that he means to do this. Still, beggars and choosers and all that. 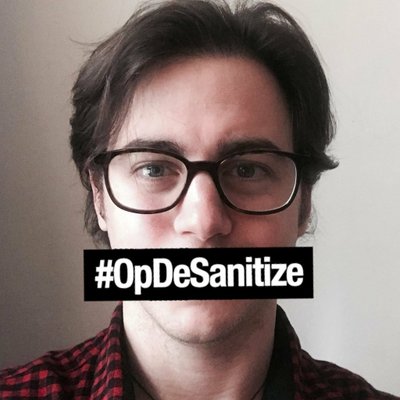 I won’t be voting for Biden in the primary, but if he’s the nominee, I will vote for him. Going third party is not an option because it will help Trump.

It’s poorly worded, but what they mean is, “most popular amongst his/her constituents” 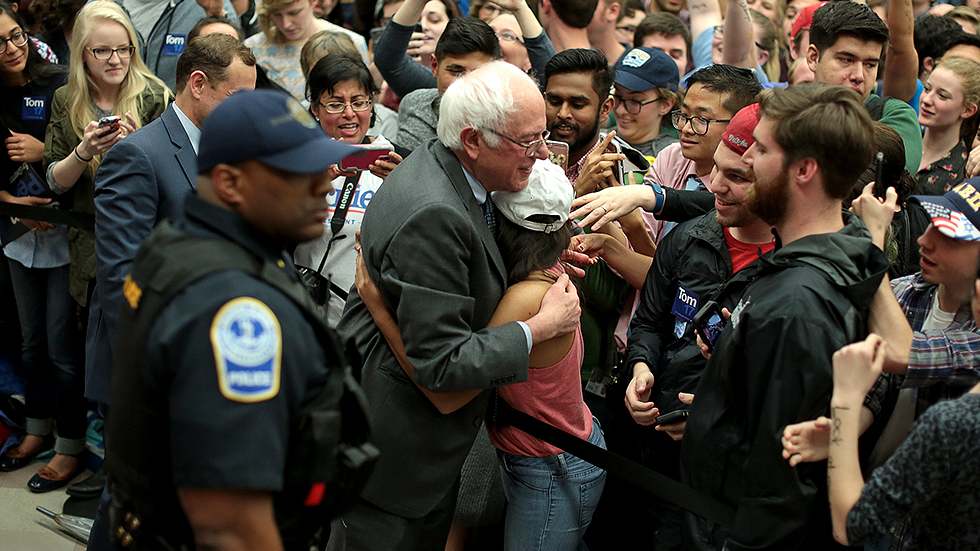 Vermont Sen. Bernie Sanders (I) is the country’s most popular active politician, underscoring his importance to the Democratic Party as it seeks to rebuild in the wake of a disastrous 2016 election cycle.