How do Texas Republicans vote for this rat faced weasel?

I ask myself a similar question regarding nearly every GOP politician.

Almost 12 years ago, Jon Stewart wrapped up his tenure as host of the Daily Show by leading (along with Stephen Colbert, in-character as a conservative pundit) the Rally to Restore Sanity and/or Fear in Washington DC. Per Teh Wiki:

Its stated purpose was to provide a venue for attendees to be heard above what Stewart described as the more vocal and extreme 15–20% of Americans who “control the conversation” of American politics,[4] the argument being that these extremes demonize each other and engage in counterproductive actions, with a return to sanity intended to promote reasoned discussion.

I would hope that, more than a decade and one grifter “President” later, Stewart has re-considered this borderline Bothsideist stance. Most of us here – not having the luxury of enjoying a very comfortable and extended sabbatical from considering the impact politics have on us – have long understood that one side is definitely not interested in reasoned discussion and hasn’t been since at least 1992. We also knew that it’s not only death-cult leaders like Ted Cruz who hold that view but also the majorities that vote these hypocrites and liars in again and again simply on the basis of having an “R” after their names on the ballot and their promise to “own the libs” (the only semi-plausible reasons I’ve been given why Texas Republicans keep supporting a sweaty and slimy Joe McCarthy re-tread like Cancun Cruz).

Stewart’s heart has always been in the right place, perhaps to a fault. I hope he brings his righteous fury and sharp wit to bear on the real villains once again. I hope he’s finally come back around to the understanding that one side deserves to be demonised, not because of partisan tribalism but because from voter to leader they act like bloody demons.

How do Texas Republicans vote for this rat faced weasel?

Never underestimate the power of the GOP voting block in Texas. They would elect a decomposing feral hog if it has a (R) on the ballot.

While he may be a miserable human being, Cruz is reasonably politically savvy with his base. He isn’t kissing the ass of the guy who mocked him relentlessly and insulted his wife and father because he has principles.

Cruze was elected back in the Tea Party days (when that was a movement). Kay Bailey Hutchison retired and Cruz was just cranky enough to win the GOP primary over an extremely lackluster performance by then Lieutenant Governor David Dewhurst. Once on the GOP ticket, you are set for automatic reelection until you decide to retire.

All Cruz needs is the (R) next to his name. The GOP will fight anyone who seeks to primary an incumbent. We DESPERATELY need rank choice voting or something that will remove turd stains like Cancun Cruz from office.

I’m also pretty sure that all people (not just Republicans) will not actually look at voting records. So this allows congresscreeps to publicly say “I love veterans” and them vote them into the dirt. And the voters see the sound bites on whatever “news” they look at, and look no further.

If I had to guess, the gullibility of the voters is worse on the right than on the left, which plays into the automatic reelection by R party in established places, despite the ratfucking.

Vote suppression, mainly.
Cruz has the blessing of the GOP machine in Texas, so he gets support in the primary. Then all the many and varies forms of voter suppression go to work. Including the “audits” of the majority-dem counties. Texas is fucked up and I hope Beto, Garza, and Collier get elected and began to fix things. Priorities: Secretary of state overhaul. Fixing the grid and ERCOT, rescinding the policy on trans kids and their healthcare. But there is a whole lot more. However the voter suppression has to be mitigated as much as possible to help the next round of elections. 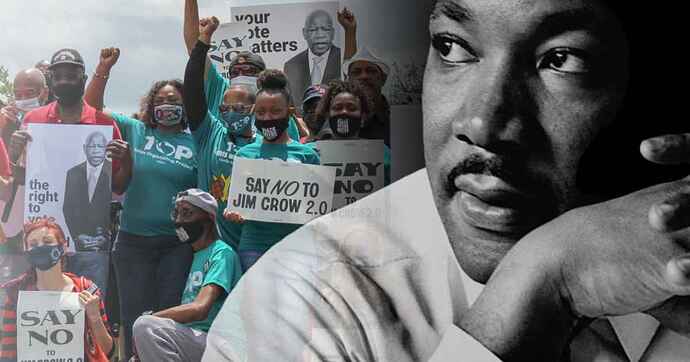 Texas has a long history of voter suppression deeply intertwined with white supremacy. Learn about these five obstacles when casting your vote in 2022, but don't get discouraged. It’s now more 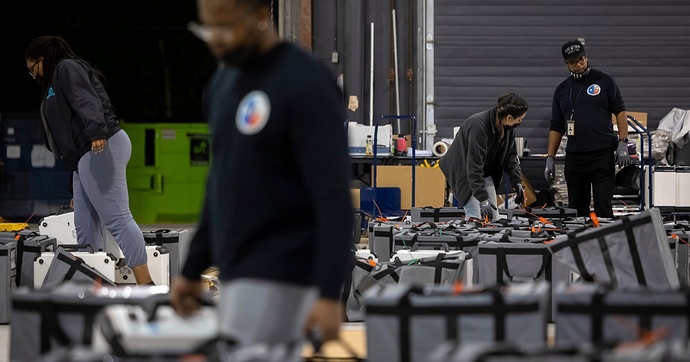 Nearly 23,000 Texans voted in this month’s party primaries and saw their mail ballots rejected by election officials, evidently an aftershock from new state laws that were supposed to make voting easier and more secure. 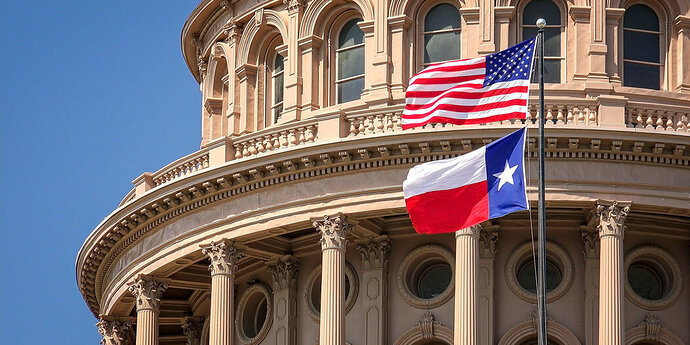 The threat to Texas voters of all political affiliations is not voter fraud but rather voter suppression.

I’m also pretty sure that all people (not just Republicans) will not actually look at voting records.

The lying scumbag should ALWAYS be called by his real first name, Rafael. Also, Stewart needs to run for office ASAP.

I would hope that, more than a decade and one grifter “President” later, Stewart has re-considered this borderline Bothsideist stance

Yah, he’s long had a bit of a blind spot on this. From having watched a couple of clips from his new YouTube channel, I think he’s coming around more on it.

I’ve always respected his position that the media is really dropping the ball in US democracy. He’s called out the race to the bottom on clickbait, the passive tone, the racist word choices (lone wolf vs terrorist), soft-balling every interview with a government official, and so on. He railed hard about that towards the end of his Daily Show tenure, though I think he’s given up on that a little bit. I’ve seen him suffer from the “information myth” wherein people think conspiracy theories exist because people don’t have correct information. Therefore all we need to do is explain things better. People who study this stuff know that is absolutely not true (see: flat earth), but media pundits like Stewart are still hanging on to that idea, possibly because it feels like an easy solution to QAnon Christofascism.

The lying scumbag should ALWAYS be called by his real first name, Rafael.

Why? Is it particularly insulting somehow?

He’s doing great work with his advocacy, but I think a lot of us are done with famous people running for office.

My thoughts exactly. Stewart can do a whole lot more good with his advocacy than in a political position. Tearing down people like Cruz is also helpful, I think. He has a powerful voice and can use it for a lot of different candidates

A new line of work:

Well, maybe not so new…

Stewart can do a whole lot more good with his advocacy than in a political position.

Agreed. And he’s smart enough to know that, too.

Well, maybe not so new…

And how’d that work out?

And how’d that work out?

Almost exactly like it did in his book “Why Not Me?” We should’ve seen it coming.