It’s no doubt a good job by Mr. Robot, but the awkward partial resemblance to Mr. Mercury throws it off a bit. I expect that in a movie viewing, one just gets past that.

At least they didn’t pick Baron Cohen for it. It would have been difficult hiding that five inches. Of height, people, jesus!

And - he has an epic 3 meter tall bronze statue in Montreux.

Freddie Mercury, the singer of the rock band Queen, settled in Montreux where the group had bought Mountain Recording Studio and where he learnt to appreciate the peace and quiet. He recorded his last album, Queen - "Made in Heaven" at the Montreux...

This is odd. Sacha Baron Cohen said he quit the project because the surviving members of Queen insisted the movie cover the history of the band until present day, meaning that Baron Cohen would only be in about half of the movie. Did they change their mind, or was that misinformation?

Man, on paper this is everything I hate about blind hagiographies, but these trailers have really got me excited. The first trailer, which is a medley of Queen hits with much less dialogue, is one of the best I’ve ever seen. I really hope this is a great film. Not only do Freddy & the band deserve this adulation, the topics they seem to be embracing are so incredibly timely.

I am indeed “… ready Freddie…” for this movie.

No love for Mike Myers?

From the trailers I’ve seen so far, it seems like they’re trying to straight-wash his story quite a bit. I’m hoping for not, because we almost never see real bisexual men onscreen, but I’m not holding my breath.

I’m looking forward to this.
Sad I never got to see them live and in person in their heyday. I’ve watched Montreal 1981 on our home theater and it’s damn impressive how powerful they were live. Freddie’s voice was something else.

Likewise, my impression is they seem to be either minimizing this side of the story or cutting it out all together. I hope its in the movie but so far i haven’t seen any mentions to Freddy Mercury’s sexuality

Story I’d heard is that Baron Cohen expected the story to go into Mercury’s sexuality and the party scene, and quit when the producers steered it toward a more family-friendly direction. I hadn’t heard anything about the post-Mercury years.

I don’t know how Bohemian Rhapsody got so popular. I love Queen, but I prefer almost any of their other songs to BR. I suppose it’s possible that I just heard it too many times.

This is one I had stuck in my head for a while:

Did you actually watch the new trailer? It directly indicates Mercury’s homosexuality more than once.

I haven’t i’m at work. I was going off the first one which makes no mention of it. But good to know! I appreciate the correction

I don’t know how Bohemian Rhapsody got so popular.

I don’t know how popular it was when it originally came out (looks like according to wikipedia it was a top 10 single all over the place), but it got a boost in the early 90s with the Wayne’s World movie, where they were driving down the road singing along to it. I think it recharted then, too.

I dunno, maybe it was because it was different than everything else out at the time, with it’s references to opera? Sometimes songs just break out, and it’s not always clear what makes it strike a chord.

I don’t know how Bohemian Rhapsody got so popular.

Apparently, the record company were terrified and thought that a single that long would never be successful, and would get no radio play. Fortunately for the band, they knew top radio DJ Kenny Everett, who loved the track and used his radio show to promote a leaked copy of the track- this hype helped its way into the charts, and it took off with the public from there. 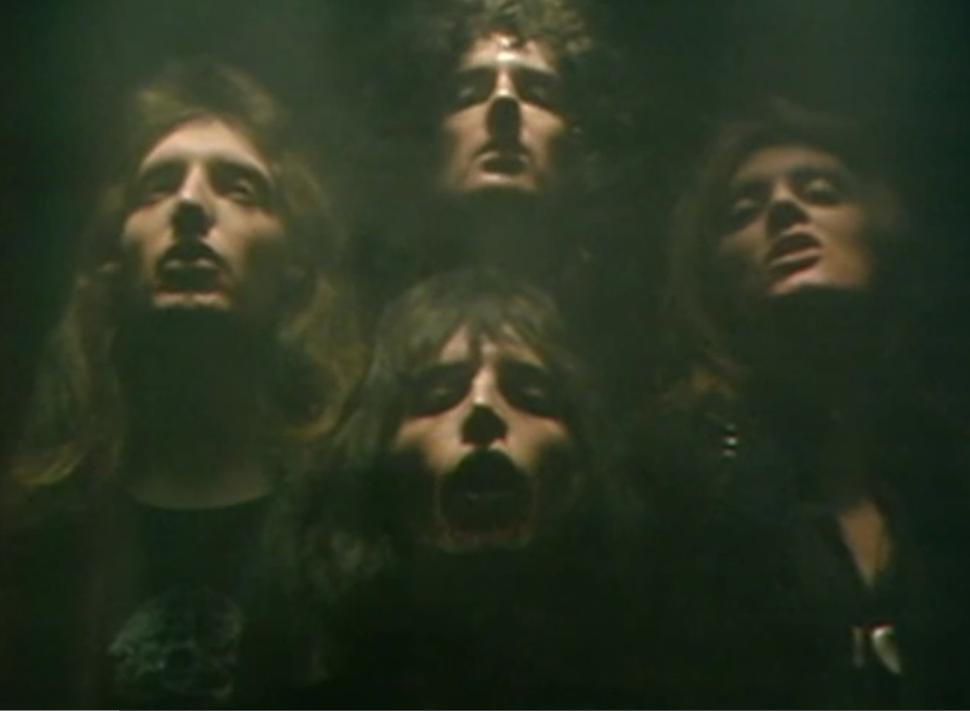 The Unorthodox Way Bohemian Rhapsody First Made It to Air

Clocking in at 5 minutes and 55 seconds long and encompassing elements of hard rock, opera and pop, Bohemian Rhapsody is certainly one of the more eclectic songs to make it into the charts, but it’s by no means the longest. Hey Jude by The Beatles...

My friends and I absolutely loved it when it first came out, but I can see how the lengthy playing time would make some stations hesitant to broadcast it. Also, some of the group I hung out with at the time got most of their exposure to opera via Bugs Bunny cartoons, and Bohemian Rhapsody seemed nicely fun and surreal compared to much of what we were listening to at the time.

It does make the rockin’ world go round