Wow, that was really interesting, glad he made that.
I very much enjoyed the movie, love a good traditional murder mystery, or a take on one.
Outstanding cast, too.

For those that don’t know:

According to Johnson, Blanc’s penchant for bombast is partly to thank for the film’s title, which pays homage to the 1968 Beatles song of the same name. “I’m always fishing for something fun that Blanc can grab onto as an overwrought metaphor that he can beat to death,” he says. “This is all in plain sight from the very start. So, the idea of glass came to me, something that’s clear. I’ll be very honest. I literally got out my iPhone and searched my music library with the word glass . “There’s got to be some good glass songs.” I was like, “Oh, is it a glass fortress? Is it a glass castle? Is it a glass man?” The first thing that came up, because I’m a huge Beatles fan, is ‘Glass Onion.’” 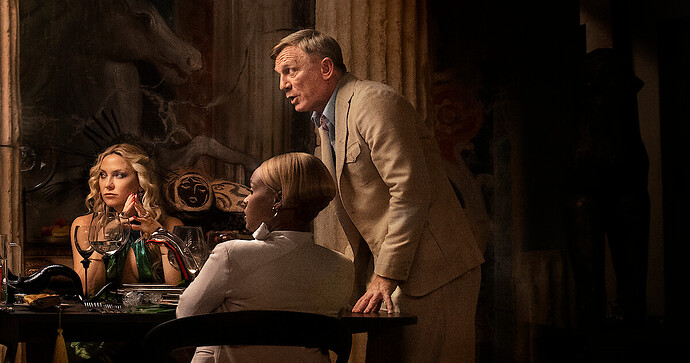 The film sleuths onto Netflix Dec. 23.

Saw it over Christmas. Looks like Rian Johnson had Elon Musk’s number before most of the rest of us did. “Miles” is revealed as an ignorant buffoon by the end of the film just as Elmo is revealing himself as the same in real time now.

The article talks about his douchey friends so saying he’s revealed as an ignorant buffoon is not much of a spoiler to my way of thinking.

Aside from the Elon Musk references, the plot reminded me of another mystery story, “Clue.” Not to spoil too much from either movie, lets just say the motley group of misfits from both share a common link with the host. Too bad Tim Curry couldn’t be in both.

The movie made Ben Shapiro vewy vewy angry for being mean to Musk, which is fun. 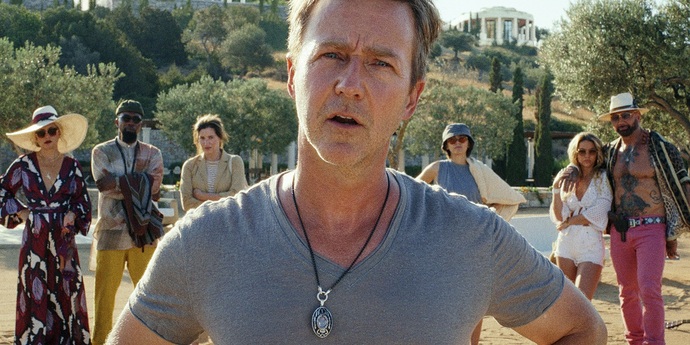 Everyone thinks Netflix’s "Glass Onion" is a veiled dig at Elon Musk. His fans and Ben Shapiro aren’t happy about it.

watched it over xmas, and while i was unsure if we needed to have seen Knives Out beforehand, i was happy to learn that no, it’s not required at all. loved the ensemble cast and the clever mystery, but mostly i was enthralled by Daniel Craig and his acting. why is it that brits are so damn good at doing american accents, while we are (evidently) so terrible at theirs?

why is it that brits are so damn good at doing american accents, while we are (evidently) so terrible at theirs?

I think it’s the lack of focus. England is relatively small, but they are especially sensitive to variances between even neighboring towns. We Yankees can’t hear the difference between London and Manchester, mistaking Mancunian for Liverpudlian, and not knowing what Cockney really is.

With some work, some pull it off, like how Texan John Hillerman replaced his natural Texan drawl to play Higgins. But most don’t put in enough effort, and gun for generic British.

It’s the same for Irish as well, so much that the Irish even have a name for it: Oirish.