The ADA was the controversial Republican congressman's biggest donor.

Nothing under his pillow!

Coal miners are on strike in Alabama for the first time in four decades, but...

but cable news is silent

Because coal is dead? Nobody gives a damn about coal miners in Alabama? Cable news outlets are too busy running trump stories for ad revenue?

Because corporate, profit-driven media is run by greedheads with no interest in promoting awareness of labor rights.

Gonna miss my Cool Ranch, but…

It’s also a good idea to see if there are any independent local/regional snack and drink companies to support during the strike. For once, living in Michigan is a good thing for me, because I can get Faygo sodas and Better Made products. (Especially as I just found out one of my former favorite beverages is bottled by Pepsi, so I refuse to buy it now.)

You’re saying that buying as local as possible has multiple positive aspects?

Sunrise also offers residential treatment programs, serving some of the most vulnerable children in a state with consistently some of the nation’s worst child abuse rates.

Hmmm, just wondering here: how many of those children are being abused because they’re ‘different’? The organization says they accept LGBTQ+ children, but what’s the real story?

And if it’s my sincerely held religious belief to punch them in the face? Oh, only certain religions, and only against those people, got it.

does not put children in conversion therapy, which tries to change a person’s sexual orientation or gender identity.

Hm. On the surface that sounds good, but I wonder what they do instead of conversion therapy?

They don’t want their little opioid racket to crash and burn.

The next generation is already following in their elders’ footsteps: 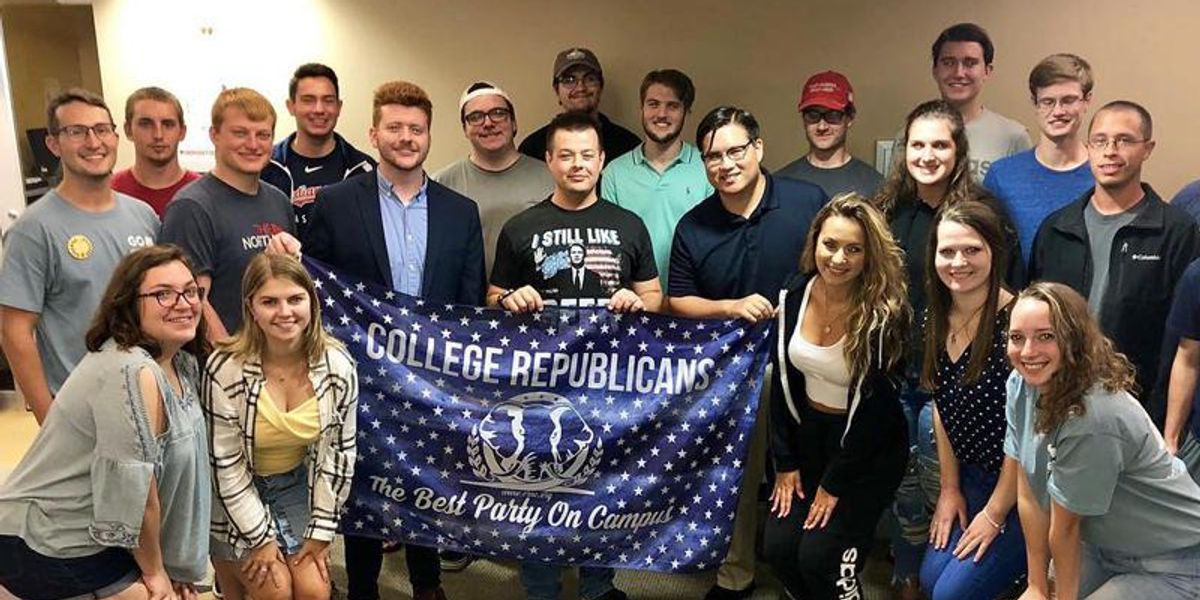 College Republicans in disarray after 'stolen' election — and the Texas...

College Republicans are facing disharmony in their ranks after Courtney Britt was elected chair of the College Republican National Committee, the National Review reports.The election's legitimacy has been challenged after "only about 60 percent of...

The cognitive dissonance flying around that clubhouse must be THICCCCC.

“At one point, a debate broke out over Arkansas being stripped of its votes last Sunday under allegations of voter fraud in its state chairman election; the state’s actual party chairman has weighed in on the matter, assuring the CRNC that everything was on the up and up. Nevertheless, Britt — a graduate of Richmond Law School — argued that the state should remain disenfranchised since it hadn’t presented evidence that fraud had not occurred,”

aka play by my rules, rather than by the rules.

it sure would be a shame if this happened to the national republican party. a real tragic shame…

I wonder what they do instead of conversion therapy?

Probably just make them feel bad about themselves, administer verbal and emotional abuse…but nothing as formalized as conversion therapy.

Maybe they were upset at the lost Sackler cash?

Article spoilers: conservatives think that the suburbs are a crime ridden hellscape

@YahooNews
A clear majority of Americans believe there is more violent crime in the U.S. today than in the 1990s, according to a new Yahoo News/YouGov poll — even though today’s violent crime rate is much lower than it was 30 years ago. yhoo.it/2W6A10F
17 Likes
← previous page next page →