Lawyer Lin Wood fires up Qnuts, tells them to "go to war" after anti-vaxxer dies of Covid in hospital 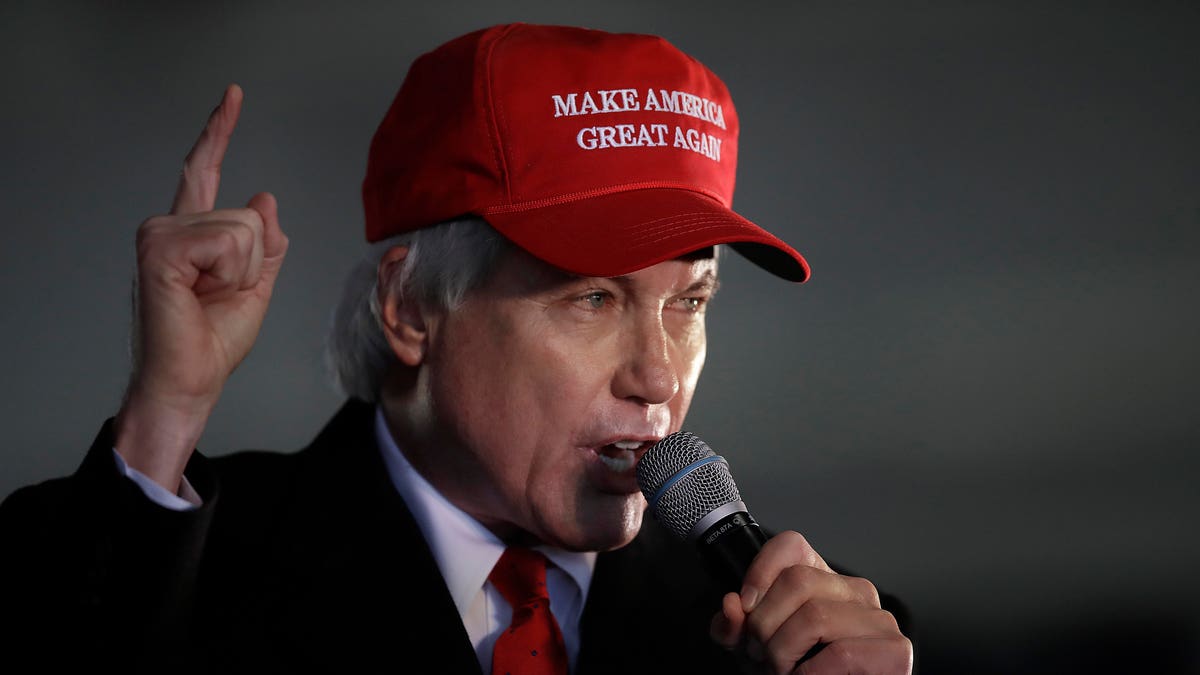 Wood could lose his law license as the state bar investigates his attempts to overturn the presidential election results.

JFK speech on the Berlin wall:

No, JFK Did Not Say ‘I Am a Jelly Doughnut’ - New England Historical Society

Critics of President John F. Kennedy, popularly known as JFK, claimed his eloquent 1963 speech before 400,000 people in West Berlin included an embarrassing gaffe. When he said, “ich bin ein Berliner,” he meant, “I am a Berliner.” But he really said,...

“And if you have swollen balls due to vaccination, we’ve got you covered!”

Me too. Here is the thing for me (obviously, somewhat biased here). We are a very very small step from the Qnuts declaring war on medical providers. Being that I am one, fairly outspoken and (locally) readily identified with the “get your fucking vaccine” gestapo, and practicing in an area where Q is damn close to mainstream thought, I do have some concern that the safety of myself and my colleagues may become an issue not too long from now.

Next up, he’ll be suing bakers who make monkey bread because the desert doesn’t contain any monkey in it.

Well, maybe the way you make it.

Every time I hear about these people I just think “imagine being so pathetic that this is what gives your life meaning now???” I can’t pretend to feel much more than contempt and disgust at this point.

I visited the Southern states in '95 from Florida through Georgia, Tennessee, Kentucky. I met some lovely people and I learned much as a younger lad. I wouldn’t dare go back now. Sorry to say.

When well-known anti-vaxxer Veronica Wolski was sent to Chicago’s Resurrection Medical Center with Covid-19 complications, hundreds of fellow Qnuts called the hospital and demanded they treat her with ivermectin, an animal dewormer.

To be fair - it is also used in humans for treatment of parasites. So one would assume they would use people doses and medicine, not horse paste. It is a bit disingenuous to imply they want to give the patient a medicine only used on animals (granted, humans are animals.)

Before all of this blew up, like 3+ months ago, I knew an ER doc whose hospital was using ivermectin as a treatment and she had seen some impressive turn around with some patients. But she admits this was anecdotal and it really needed a full study to see if there was actually a positive effects. And there is a study cited by the CDC that showed early results were inconclusive, but concluded medium certainty it might help treat Covid.

I don’t know where the science is now on if it is effective or not. I think if it was proven effective, they would be waving studies around, instead of memes. I think we should be exploring other treatment options, especially if it has an effect for countries who already have stockpiles of said drug and can’t afford or get access to the anti-viral cocktails they are using here.

There is a magic bullet - it is called the vaccine.

There exists a pastry named a “Berliner”?

We Jersey boys know them as jelly donuts.

That is also noted in the article I linked on the Berliner.

Or babies in baby oil.

there has been a lot of protesting at hospitals in Canada…some cases people pounding on ambulances, etc. Many medical staff have stated they feel threatened. These protests appear to be well organized and across the country. Here in Alberta the AHS says medical staff are 90% vaccinated . I hope you are not experiencing this where you are

Not yet, but looking over my shoulder nonetheless.

The unfortunate part of these hospital protests is that the staff and physicians have nothing to do with the policies set forth by the government. They are merely enforcing them.

So maybe they should go and protest the people they voted into office - Conservatives in this case. But since the antivaxers are chronically misguided/misinformed and easily mislead they would even get that wrong.

A black-and-white cookie, half-and-half cookie, or half-moon cookie is a round cookie iced or frosted on one half with vanilla and on the other with chocolate. In the German language they are called Amerikaner. There are regional differences: a black-and-white cookie is flat, has fondant icing on a denser cake base, and is common in New York City, while a half-moon cookie is slightly dome-shaped, has frosting on a fluffier cake base, and is common in Central New York and Boston. Often on The or...

Or babies in baby oil.

I share your concern. Not content with screaming at, demonizing, harassing and threatening the heroes who are just trying to save their lives, as well as tying up the healthcare system to the point where normal people can’t get treatment, it’s only a matter of time before a few these conspiracy nuts begin to bomb or shoot up hospitals.