“But many of the scientists who talked to me for this story are Republicans.”

I seem to recall a Scientific American poll that suggested around 94% of scientists vote Democrat.
But then this is clearly not about scientists but working IT personnel.
I mean, I would love to have proof that Trump and Putin are exchanging messages via a Russian bank, especially if it was about building permits for Trump hotels in Krimea, but I’m not sure that a shadowy army of Republican scientists is very convincing. Just Republican policy on science education and funding should be enough.

Already debunked by the FBI. Funny how this story is showing up on 100 sites today, when the FBI investigated this weeks and months ago and found nothing at all. Shame on you. 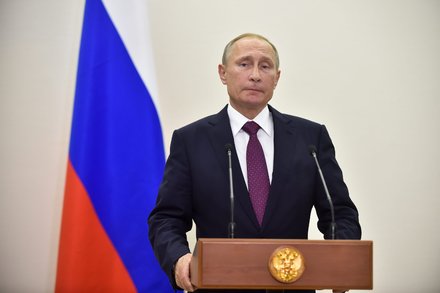 After lengthy investigations, officials also believe that a hacking of Democratic emails was aimed at disrupting the election rather than electing Mr. Trump.

Welcome Thomas, thanks for joining a few minutes ago to share your insight with us. Hang around and enjoy some other articles.

We already know he’s a con man and a sexual predator, perhaps a rapist. Why should using dodgy email matter to his fans? That only counts when combined with girl cooties. Surely you know that by now?

The same can be said for many Clinton supporters.

Funny how this story is showing up on 100 sites today

Funny how you follow the story creating accounts on 100 sites, and funny how the FBI is suppressing its discussion of investigations of GOP scandals.

Already debunked by the FBI.

“[T]here could be an innocuous explanation” - well, no shit.

Not so much debunked as “nothing conclusive”, which was also the conclusion of the slate article

I remember when the Internet started! Dang I’m old. There were warnings all over about misinformation. I no longer see the warnings, but the misinformation is rampant. You cannot belive what you read these days. EVERYTHING is politicalized these days. Every wander why?? CONTROL OF YOUR LIVES!!!

I’m trying to get my head wrapped around what’s happening here. What is this kind of thing called, where an entity creates an account solely to post a supportive or dismissive message in response to a viral headline.

I’m fairly sure that it’s simply one camp or another trying to do some sort of damage control but is there a name for this specific kind of activity?

I’m looking for a name for it like, “oh, that’s a blukie message”.

Is it a subset of another kind of activity? Does this kind of behavior work? Is there a study of the effectiveness of these viral headline nascent-account responses?

Welcome Dan, thanks for joining a few minutes ago to share your insight with us. Hang around and enjoy some other articles.

Now that I’ve had a couple minutes to think about this, I’ve got to say that if someone was trying to be secretive, they were doing an unusually shitty job of it.

Regarding the part of the story where reporters are sniffing around so trump gets himself a new domain name - two thoughts:

But then this is clearly not about scientists but working IT personnel.

On the tech forums I visit, there seems to be no shortage of rabid Drumpf supporters. It’s very strange but I suspect it’s related to the kind of neck beard shut in who usually dead ends their career in technical support by cultivating the “end users are stupid and I am smart” attitude. The I.T. world seems to have no shortage of these sacks of crap.

What is this kind of thing called, where an entity creates an account solely to post a supportive or dismissive message in response to a viral headline.

Too many syllables and too hard to say in casual conversation. “Ug, there’s one of those you’re-the-puppet messages again.” It's a brand of information warfare, known as "dezinformatsiya," that has been used by the Russians since at least the Cold War.