Learn the fastest way to tie your shoelaces

Oh thank God! I’ve been searching for a way to shave 300 milliseconds! Too bad I wear loafers.

Show it from the perspective of one tying his/her shoes. Come on.

The accent makes all the difference…

I used the sherpa knot for a while, and still tend to with flat laces. I find it has a tendancy to twist so that the loops and ends run perpendicular to the laces coming out of the eyelets. It looks funny, especially on dress shoes.

The knot described in the post is pleasing to tie with just a little practice. It doesn’t seem easy to tighten, though. It feels insecure unless you’re paying close attention.

Lately, I’ve been using the two-loop knot linked at the top of the “Ian knot” instructions, and I’ve enjoyed it. Mostly symmetrical, lays straight, lasts all day.

The knot so nice we’ll tie it twice! 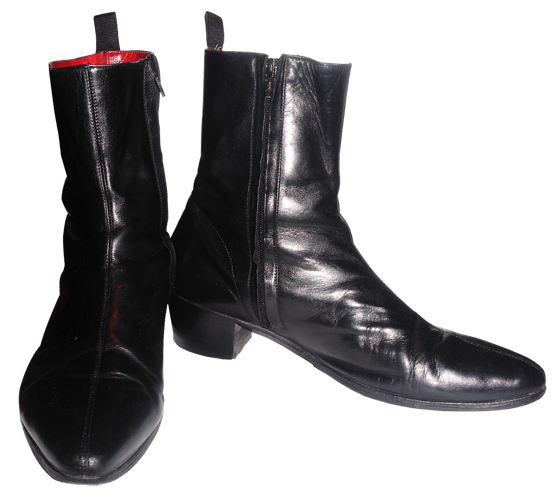 The knot so nice we tie it three times!

Many better ways to tie your shoes

Many better ways to tie your shoes

And those are just the posts that are about this specific knot, as opposed to the posts about the Sherpa knot etc.

I watched the video all three times, as Boing Boing suggested, and now to get back the nine minutes, I’ll have to tie it this way 540 times (at a rate of one second saved per knot).

I’ve said it before and I’ll say it again: don’t tie your shoes faster, tie them better. If you just learn a proper surgeon’s knot, you’ll only have to tie them once all day and won’t need gimmicky speed-tying tricks.

I remember when I could finally stop worrying about tying my shoes correctly.

That’s amazing! I’m going to try that right now. Hopefully with more success than when I tried to do the Japanese polo shirt-folding method that Cory shared with us a few years ago. I just ended up tying knots in my shi…hey, wait a minute…

I couldn’t follow the video, but the step by step guide on the website made it very clear to me!
http://www.fieggen.com/shoelace/ianknot.htm

I often wear clogs or mules. I put on my shoes when buttoning my shirt. Ha!

I would kill for a pair of these in adult 8-9 US (depending on fit). Why Velcro has largely gone away in contemporary footwear is beyond me. I learned in Japan recently that they call Velcro “Magic Tape.” How cool is that? heheh

I’ve been tying my boots this way for several months. No re-tying necessary or any such problems.

The fastest is a pointless achievement, shoe laces that don’t come randomly undone now that’s an something to shoot for.

Ian’s Secure Shoelace Knot is the one for me http://www.fieggen.com/shoelace/secureknot.htm

Why Velcro has largely gone away in contemporary footwear is beyond me.