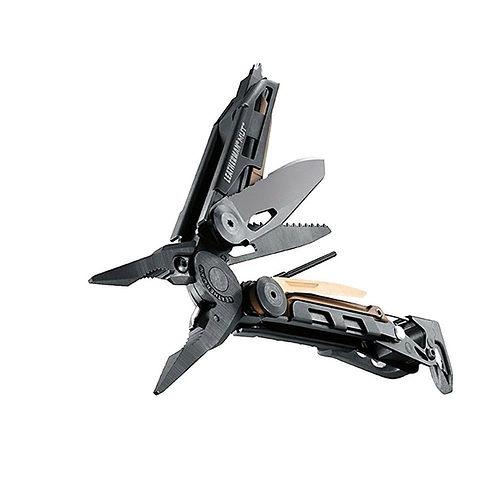 And it makes a sound like a Hanna Barbera pterodactyl.

I had a temp job assembling these things so I apologize in advance for any defects.

Neat. I’ve been looking for something that’ll take off all my fingers while opening.

Looks to be held together with TORX fittings- if true, that means you’d be able to disassemble to remove useless (firearm) tools, and to get a better chance of re=sharpening the blade and whatnot.

There’s another problem here, too: this thing looks (deliberately) tactical. That’s fine for usage and whatnot, but what happens when you whip this thing out among ordinary people? I’d prefer something a little less aggressive looking, thank you. There’s a reason people don’t get freaked out by an old man’s pocket knife, but they look alarmed when you pull out a black coated serrated blade assisted opening tanto pointed knife.
Know what I mean?

I use a swiss army knife. I used to carry a leatherman or a gerber. I can’t carry them anymore because I discovered that NYC has a local law making illegal lock blades and visible carry. Gone are the days when I could wear my leatherman on my belt or clip my gerber in my pocket. It’s so stupid I would leave the city if I could. I am sick and tired of living a normal life being made illegal.

what happens when you whip this thing out among ordinary people? […] they look alarmed when you pull out a black coated serrated blade assisted opening tanto pointed knife.

Those are not ordinary people, and they need to be desensitized. You’d be doing a public service.

Other than when I’m camping, I simply don’t find the need to saw/cut/hack/screw/hammer things when I’m out and about. And at home I have regular tools and knives. I’ve never “got” what people do with these things that means it makes sense to carry them around.

I’ve never “got” what people do with these things that means it makes sense to carry them around.

Looks to be held together with TORX fittings- if true, that means you’d be able to disassemble to remove useless (firearm) tools, and to get a better chance of re=sharpening the blade and whatnot.

Eh - don’t be too quick there. They have more mundane uses than you might think of. Let’s look:

Bolt override tool - OK - this is actually the dumbest thing on there. There is already something on a gun that allows you to pull back the bolt to clear a jam. I have no idea who thought this was a good idea. I guess maybe if something was really really jammed up. I can’t think of another use for this.

Carbon Scraper - This is super, super useful. Last time I did some plumbing with my dad he was scraping old deposits out of pipes with his knife. I have used mine to scrap crap out of threads. If you think about it, any work where you have crap and crud - bike repair, car repair, metal detecting, etc - a dedicated scraper tool that will allow your screw diver heads and knife blades to stay sharp and not messed up is a good thing.

Cleaning Rod Adapter - This is just a tapped hole. Honestly if you have a cleaning rod, you should have a cleaning rod head, so again I don’t see the point. I am having a hard time thinking of an alternative use, but it shouldn’t be in your way.

Punch pin - I can think of a couple uses off the bat. A lot of machinery has pins holding things together. Or if you need to push something through something else, get a nail to lay flat, or punch out some round holes, a punch pin can fill that task. Also would make a better option for prying than your knife. Also would be a better scraper than your knife.

There’s a reason people don’t get freaked out by an old man’s pocket knife, but they look alarmed when you pull out a black coated serrated blade assisted opening tanto pointed knife.
Know what I mean?

0_o not really. Considering just about every one who carries a knife, even my meat and potatoes non-tactical dad, uses a black handled knife, I am not really sure if there is much of a stigma. A full sized knife like a Kabar, maybe, but even those are used in camping and stuff in the woods.

Ironically the most “tactical” but least “tactical” looking knife he owns is a bright orange with the carved scales look - only it is an actual “dangerous” switch blade. They were old military knives, with that hooked blade for cutting parachute lines. 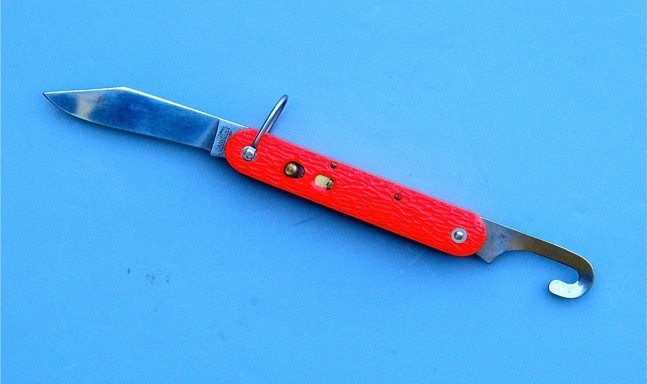 I have been wanting a multitool for awhile. I keep needing little things here and there and then I have to wait and get my actual tools. Unfortunately. $150 is more than I am willing to pay. Other than that, I like the design, especially the wire cutters the ability to use a longer screw driver bit.

Nope.
Go work in an office and pull out a tactical knife and see what people’s faces do when you pull that out
AS COMPARED
To taking out a old-school sodbuster or whatever. Night and day difference.

Well - maybe that is why no one invites me to lunch…

Off the top of my head, with my Leatherman I’ve fixed a gas chromatograph, a water heater, my boss’s fancy shoe, toilets, probably hundreds of computers, a dozen or more cars, an elevator… whatever’s broken. I’m that guy that people look at when things break (including people, but I’m actually a much better mechanic than medic).

The best one was a 1960s era VW Beetle broken down on the Millard Tydings bridge, I cut a new carb gasket out of leather from the lining of an old leather jacket. That bridge is closed to pedestrians, and when you are driving on it it’s not obvious that the damn thing is in constant motion, jumping up and down on the trestles and flexing from side to side in the wind. It’s highly disconcerting to stand on a million tons of steel and concrete that wiggles.

I have a handful of multi-tools. My problem is I need Ant-Man’s multi-tool, sized like a Leatherman Juice in my pocket but expanding to a Wave or larger in my hand.

That is one of the major reasons for ‘swiss army’ knives to exist.

They aren’t all that good at what they do; but they project a useful aura of innocence in a way that many more competent knives very much do not.

There are just some situations where pulling out a big, pig-sticking, ka-bar isn’t socially pragmatic.