Lindsey Graham and George Santos peddle Chick-fil-A, most likely for a handout (video)

Movie trivia quiz! In which movie does this quote (paraphrased here) appear?

“Washington DC is like Bombay… only the beggers in DC are better dressed.”

I imagine that George Santos probably has companies lining up to pay him for the service of never, ever mentioning them by name.

It’s an odd self-own to admit you live like a slob.

Forget campaign donations, it’s well known that Sen. Huckleberry L.G. Freeloader will do anything for a free lunch.

I imagine that George Santos probably has companies lining up to pay him for the service of never, ever mentioning them by name.

There was this one fellow near our Williamsburg neighborhood who would walk into small local shops and not leave until the proprietors coughed up money… small change was usually enough. The guy smelled as if he hadn’t bathed or had his clothes washed in years, and proprietors preferred paying him off rather than having to bodily remove him from their premises. A walking sewer that I got whiff of one day visiting one of those shops. Between that guy and Santos? Still thinking.

The guy smelled as if he hadn’t bathed or had his clothes washed in years, and proprietors preferred paying him off rather than having to bodily remove him from their premises.

Reminds me of a certain scene from The Blues Brothers

Maybe it’s a sign he thinks Trump is in trouble, and he thinks he won’t get free food at Mar a Lago anymore.

That Santos video… he just plopped down the bag and… left it there in the hall, wtf? I kind of half-expected it to contain a bomb, as that would be the only way the scenario would make sense.

It contains a gut bomb—does that count? 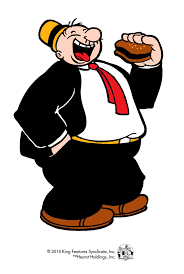 The Secret Life of George Santos ?

Remember the days when government ethics policies, and the Hatch Act, were actually enforced instead of being openly flouted? (sigh)

An employee may not use his public office for his own private gain or for that of persons or organizations with which he is associated personally. An employee’s position or title should not be used to coerce; to endorse any product, service or enterprise; or to give the appearance of governmental sanction.(Misuse of Position and Government Resources)

The venal, transactional, scratch-my-back world of conservative grifters leaves the kind of awful taste in my mouth that can only be washed away by the great taste of Coke! In bottles or cans.

“If you come to my house, you’ll find Chick-fil-A bags all over the floor,”

Do you thing Santos was trying to bribe the press with a bag full of nuggets?

Chick-fil-A: Famous for chicken and bigots.