he was looking for a bathroom inside the Capitol

Did they run his DNA against the poop smeared in the hallways?

Did they not offer him a plea deal or was he just too dumb to take it? I’m guessing the latter. 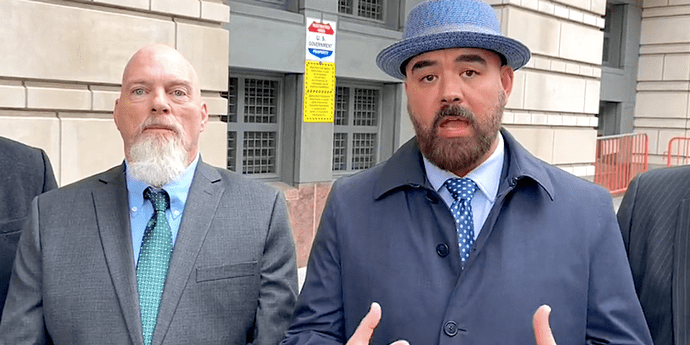 An attorney for an Arkansas man who was photographed with his feet on then-House Speaker Nancy Pelosi's desk complained that the trial was unfair after he was convicted for his role in the Jan. 6 insurrection.Richard "Bigo" Barnett was found guilty...

" No. 1, it’s not a state," said defense attorney Joseph McBride. “No. 2, he’s not surrounded by a jury of his peers, a jury of people from Arkansas, a place where he came from, or a jury that has a political composition of anything that’s like the rest of the United States. Washington, D.C., is something like 95, 96 percent Biden voters, right. We believe that that plays a crucial role in the political factors that are ever present in these cases.”

I wonder if he tries that for crimes committed in Arkansas, if the accused comes from a “blue state”, tries to get the trial moved there.

he’s not surrounded by a jury of his peers

These people don’t seem to get the concept

" No. 1, it’s not a state," said defense attorney Joseph McBride.

And everyone knows that means everything is legal in D.C., Puerto Rico or any other part of the United States that doesn’t have its own star on the flag. Why, in Guam you can marry a porpoise and no one can stop you.

the self-proclaimed white nationalist from Arkansas

OK, that nickname is best described as “on-poin” and “correc.” 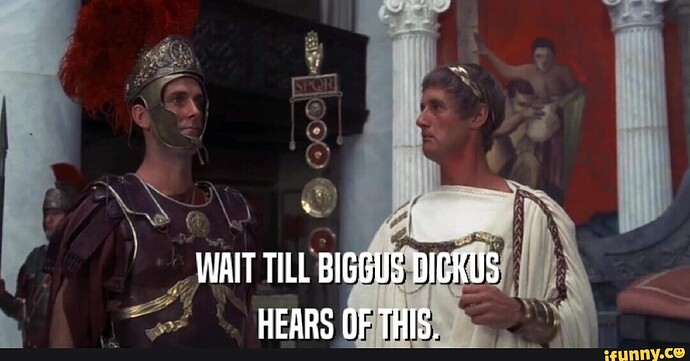 If Bigo’s trial was really political he would have been charged with sedition and/or Insurrection. Half if not all of these Jan 6ers got off lucky charge wise.

But, but, I’m a white hetero male evangelical….!

Holy cats that some mighty fine lawyering there! I’m surprised that this Perry Mason hasn’t been appointed to the Supreme Court yet. With such fine legal maneuvering he must win all the personal injury cases he drums up at the emergency room drive-through.

I think if it were Democrats attacking the transition to a Republican administration, they would have been shot on the 6th. They should be grateful that the politics of their privilege allows them to be alive.

Yeah, I wonder how many years his choice of attorney added onto his case.

How on earth are these guys remaining free until their sentencing? They should be locked up from the trial until they are found innocent - Trump included. I am sure that would cut out every single delaying tactic.

**F’d around, and is about to Find Out. **
Can I overdose on schadenfreude?

How on earth are these guys remaining free until their sentencing?

Wonder if he any of her mail on him when he was arrested… that should add another felony to his rap sheet.