I usually hate performance art, but I have to say reading about it, it was pretty powerful as both art and an experiment in psychology.

That story is amazing! Shocking that the onlookers, who were probably educated liberal people, quickly decided to abuse her. Makes me feel like Lord of the Flies.

I wonder if a man would have received the same abuse?

Beyond the whole corruption of power aspect where if you give people permission to do anything they’ll descend inevitably into abuse, I can’t think of any action you could perform as an audience member of this performance that would be positive besides preventing others from abusing her or undoing effects of abuse, such as reclothing her or removing violating objects from her person and tending to wounds. Just observing abuse without taking action seems immoral. Abandoning her despite her volition in their performance seems immoral if you know what others might do. The fact that a fight broke out over a gun but not sexual abuse seems to draw a weird line for the audience members.

Elaborately and publicly arranging a stunt does not make the stunt into good art. (I insert “good” only because I’m disinclined to draw bright lines around “art.”) Is sword-swallowing art? Is Zamora the Torture King an artist? Much performance art strikes me as upscale (and extensively mystified) sideshow performance. Such stuff might evoke emotions*, but it’s also banal.

*So does viewing the results of a freeway accident. If I put a frame around the wreck, am I an artist or just an opportunistic asshole?

This reminds me of a recent HBO series.

What are your criteria which make performance art a stunt, or transcend banality?

That story is amazing! Shocking that the onlookers, who were probably educated liberal people, quickly decided to abuse her. Makes me feel like Lord of the Flies.

What evidence do you have that the onlookers were educated and/or liberal? I think this says more about you than it does about them.

Anything can be art. Not everything labeled as art is actually good, worthy, or important.

Because it’s a performance art piece?

Banality, like all evaluative/taste terms, is necessarily subjective. All aesthetic response is necessarily subjective. The valuing of an object or performance offered as “art” is necessarily subjective. Which means that the closest we can come to non-subjective valuation of something presented as art is statistical and longitudinal: how large is the audience and how long does the finding-of-value persist? Personally, I’ll be quite surprised if the work of Jeff Koons proves to have the long-lasting appeal of, say, Michelangelo or the Boxer at Rest. But future history could well place me in the minority.

I don’t know if anyone else has brought it up yet (i’m about to scroll through the comments), but Shia Lebeouf did something close to this a few years back. Reportedly, according to him, he was raped by a couple (man/woman), though i’m not sure if that ever really happened or not.

Edit: Looked it up and it seems like it probably did happen 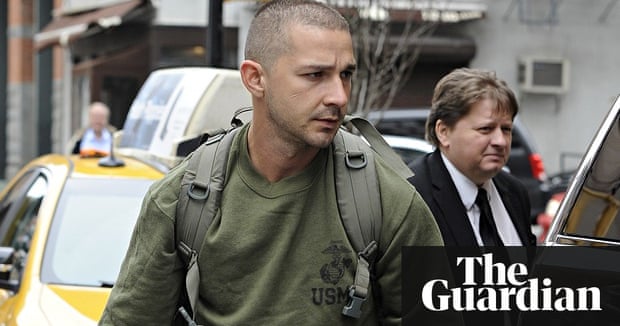 The fact that a fight broke out over a gun but not sexual abuse seems to draw a weird line for the audience members.

You know, honestly, with stuff like this you don’t know WTF is going on. Now I have no idea if any of her abusers were in on it - that is she wanted them to do certain things to her to see how the audience would react. AFAIK she had no one collaborating with her.

But, if you are attending a show like that, I think the tendency, especially if someone is doing something outrageous, is to assume they are in on it. Part of this is that we typically think people wouldn’t do something like that, and then there is the bystander effect, where the more people who witness something the less likely one of them will get involved because they assume someone else would. It took the most extreme thing, the apparent attempt at causing a death, to illicit a reaction.

Anyway, all of this and more is why I find this to be rather interesting, which is a 180 from how I typically view these things.

I asked what your personal criteria are, not for you to reaffirm the subjectivity of the term “art”.

It doesn’t mean anything of the kind. I think that you are evading the question. Your speculations about popularity over time don’t tell me anything about your subjective experience of it, and as such have no value here.

If you were engaged enough to come here and read comments or post a comment, is it not art (or else something horrific and objectionable)?

This is a great point.

The most significant art, music, film that I see leaves me thinking about it for months and years afterward.

My point is precisely that my own, individual, subjective criteria for what’s banal or riveting or silly or pathological or [insert any evaluative term here] in art is not the point. And, not to put too, um, fine a point on it, none of your business in the current discussion. (Though any reasonably competent reader should be able to figure what I think of the Abramovic situation.)

Now, if you’re interested in my aesthetic theory, that’s a topic that’s not inevitably tied up with my personal tastes–at least, as much as any discussion of a complex area of human behavior can be. But I’m disinclined to get into what promises to be an endless wrangle with a wrangler whose first impulse seems to be to tell me that I don’t believe what I believe or know what I’m saying. So, byeee.