I thought they’d long ago simply decided that Nazis aren’t bad, since they seem quite happy to emulate them and count them among their allies. I can only assume MTG thinks Biden is a strong, fearless, uncompromising leader like her beloved tangerine god.

Republicans think Nazis were bad because they were the government doing generic things, and are incapable of recognising that the specific things the Nazis did are now being done in the US by themselves, and only themselves.

I’d rather take my chances with the gibbering mouthers.

Or is Hitler the one Nazi she still hates, but thinks his only real crime was having a dorky mustache?

So she’s both stupid and a fascist, but I repeat myself. 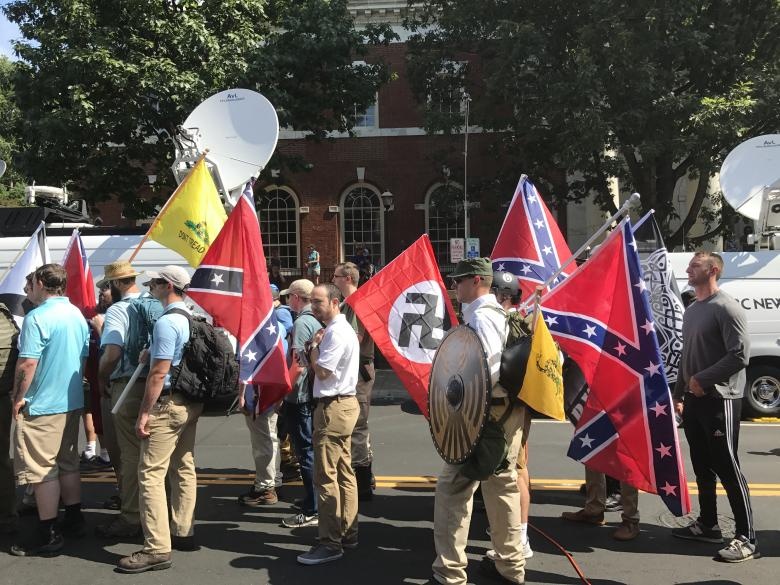 I thought they’d long ago simply decided that Nazis aren’t bad, since they seem quite happy to emulate them and count them among their allies.

Identified as fascists, the GOP just turns the word around boing

What mixed messages we get from the Republicans. I thought they’d long ago simply decided that Nazis aren’t bad

You’d like to think people would be embarrassed by these alleged adults who are supposed to represent them and their interests.

Look at those Dems… (ctrl-alt-sarcasm)

Of course she did.

What would you expect someone who hasn’t accounted for her movements on the night of January 5th in DC. Just because she matches the demeanor and stature of the DC pipe bomber doesn’t mean she is, but it sure would be nice if the FBI would take a closer look at her.

“This frail weakling will crush us all beneath his iron boot-heel!”

That’s one thing that always struck me as odd. There was this constant portrayal of Biden as this frail and doddering old man of such limited mental capacity that it was a miracle he could speak his own name. Yet somehow he was able to mastermind “stealing” the election from Donald Trump and is just one stroke of his pen away from turning America into a socialist hippie commune.

At least she made the memes run on time.

Oooo, classy and sophisticated move, like a sixth-grader or something. 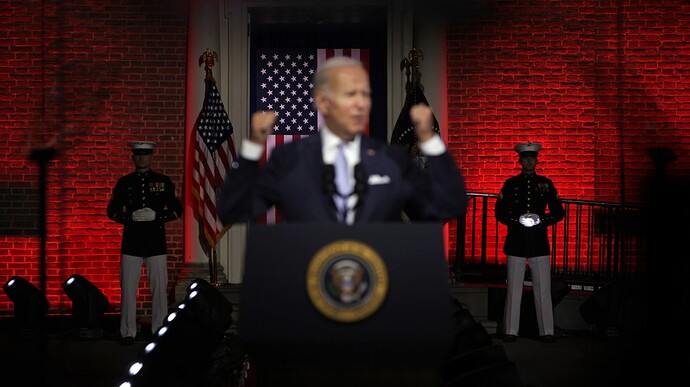 MAGA Is Melting Down Over ‘Satanic, Blood-Red’ Lighting During Biden Speech

In their warped worldview, the presence of red lights behind the president was final proof of QAnon’s wild conspiracies about Biden being part of a satanic cabal of elites who are trafficking children around the world. … Soon, the hashtag #PedoHitler was trending.

there was a phrase that was really condescending and unsympathetic used during the 70’s by conservatives when liberals voiced issues they had about American policy which i think is very appropriate for these conservatives who are so disrespectful:
Love it or leave it.
I’m all for embracing this as an answer to any conservative pushing bullshit agendas.

Yet they were curiously silent on that ol’ CPAC stage design.

is just one stroke of his pen away from turning America into a socialist hippie commune.

Murray Bookchin never died, he just changed his name to Joe Biden. Yes, they don’t look alike and Murray was about 20 years older than Joe, but when have facts got in the way of conspiracy theorists?