Originally published at: Marjorie Taylor Greene digs her hole deeper by adding a video to her tweet equating Biden with Hitler | Boing Boing

Ugh… this woman… I really want an upset with Marcus Flowers defeating her in the fall… I know it’s a long shot, given the conservative orientation of the district, and the long history of voter suppression… but I REALLY want that woman to lose… 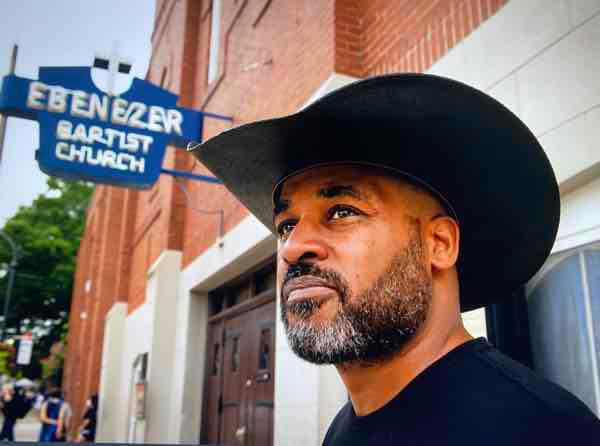 Every accusation is a confession.

Every time some dipshit does this I’m reminded of a satirical article Dave Barry wrote decades ago called “How to Argue Effectively.” The final tip from that essay concluded thusly:

Compare your opponent to Adolf Hitler.
This is your heavy artillery, for when your opponent is obviously right and you are spectacularly wrong. Bring Hitler up subtly. Say: "That sounds suspiciously like something Adolf Hitler might say’’ or “You certainly do remind me of Adolf Hitler.'”

Even Hitler would tire of this woman.

Marcus Flowers! You’re up my good Sir!
Kick that NatC to the curb!

If she really thought this, she would be doing everything in her power to support him.

We know that’s not true, Marge. You hate President Biden.

It’s gotta be really difficult–especially for someone as dumb as she is–to try to remember when to praise Hitler and when to use Hitler as an insult. Although that raises another question: Is comparing someone to Hitler even an insult anymore to the people in her base?

There’s really no good answer for dealing with someone like this. She just wants the attention. So if you do nothing, then you look like you’re conceding the point. If you counter-attack, then that just keeps the narrative going and gives her and the rest of the GQP Extended Universe the attention they want. It also lets them complain about how they’re the real victim, here.

Her husband evidently did, as he was the one to file for divorce.

For them the Nazis are both the worst socialists who ever lived that our brave boys fought a heroic war against and a group of thinkers who had some really good ideas about race and power and who made the trains run on time.

Absolutely no contradiction in their heads.

Hiter: BRING ME FUCKING GOEBBELS! WHAT THE FUCK IS THIS SHE TALKING ABOUT? HOW DOES SHE HAVE MORE ATTENTION THAN ME?

She would be one of the first to be brought under the boot when the fascist dictatorship she lickspittles so much comes to power.