Well it’s only natural when you entire personal philosophy is “government bad” that eventually you get around to that. Hopefully she gets to hating herself being an elected politician sooner rather than later.

the assumption that someone in the military MUST be conservative

Late 1991 I was in the USAF. I recall having a conversation one duty shift wherein some other Airman had asked me about my views on abortion. After this very brief conversation the young man came to the conclusion that I was the most liberal person he’d ever met. Now if anything I’ve actually gotten much, much more leftist over the years since then, but even then I was struck with how few people this damned fool must have met at that point in his life and what an incredibly low bar that must be for him to have reached that conclusion based on a single data point in one conversation.

I can, unfortunately, easily see how someone like that would continue to support MTG (and Trump, et al) no matter how much they were disparaged and screwed over by the GOP. Of course I’ve also overheard conversations between current active duty personnel at the VA hospital where I get my medical care and am very pleased to hear how attitudes have changed.

Paraphrasing:
“Petty Officer Such-n-such has all the guys in my ship drooling after her, but she’s a lesbian.”
“Oh yeah, I know. I saw her wife …” [At this point I prepared for the misogyny and homophobia.]
“… she has amazing tattoos!”

I love the change!

I think the low showing of Hilary Clinton came more from misogyny,

Better career advice for MTG: Resign, find a place to launder your misused bribe money and high tail it out of the public spotlight.

I get the feeling that in a different timeline, her rantings would rate at least a mental health evaluation with hopes for effective treatment.

Conservatives have generally been fair weather friends to the military – lip service on Veterans Day, then cutting pensions the rest of the year.

They’ve been pretty consistent about supporting bloated military budgets but most of that money is earmarked for fancy new weapons and other stuff that doesn’t actually benefit the lives of the human beings asked to wield them.

Yep, all the support for the Military Industrial Complex / the shareholders, no support for human beings in uniform (or any of them, for that matter). 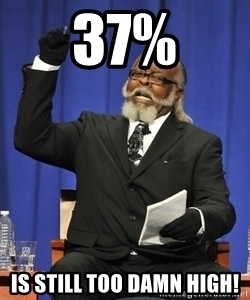 Officers are already college educated when they enter service and likely to make a career of the military. Enlisted people are HS educated, tend to serve for the terms of enlistment and to look for the GI Bill for college after they leave service.

But my POINT, since people seem to be missing it, is that not everyone in the military is right wing. That was my point. The whole thing. Not that NONE of them are right wing, or the military is a bastion of socialism. Just not the whole military = right wing is factually wrong.

I got the point and have seen it first-hand.

Military leadership is functionally progressive, especially given how low the right wing has descended into white supremacist bullshit.

Her only job is to be a cheerleader for the Klanmaga crowd.

In the footsteps of her master. 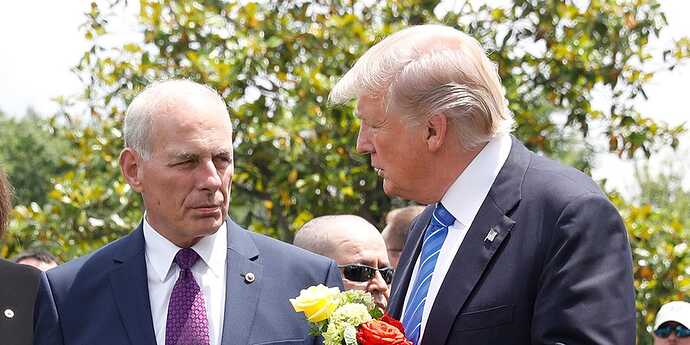 'I don't get it': Trump said to have questioned why retired Gen. John Kelly's...

President Donald Trump "can't fathom the idea of doing something for someone other than himself," a friend of Kelly's told The Atlantic.

Guy who is NOT up for re-election Tweets: Kinzinger wrote: “Hello MTG. I’m still in the military and it certainly is not a life thrown away. You are an absolute, utter, Faux patriot. Some might say fraud.”

Now she’s facing the consequences, including blowback from her fellow members of Congress who served or have served in the U.S. Military, and other veterans.

That should include blowback from all lobbied-up stooges in political office who are committed to having American “strength” in and for foreign countries that have strategic natural resources, American fast-food chains, and markets for US products in general.

He’s on the Jan 6 Committee, so that ship has sailed.

Conservatives have generally been fair weather friends to the military – lip service on Veterans Day, then cutting pensions the rest of the year. But they’ve gotten much worse since Trump got into office –

Many times, servicepeople at Edwards AFB would have to sell things (challenge coins, donated personal items, themed T-shirts and mugs) to raise cash for needy service families. Other times, leave-hour “donations” would be requested for those needing additional hours for urgent matters, i.e., health and such. Two or three times a year, EAFB representatives would set things up at our base’s offsite lab cafeteria and sell their items there. I can’t tell you how terribly sad and angry that makes me. I first got an inkling of serviceperson poverty when I and roommates (with my first employer) went to one of the EAFB airshows. There were party tables set up near parked aircraft out for public display. One table had statuettes and none of them had anything to do with anything military. (I purchased a small bust of JS Bach. I still have it.) Why the fuck did AF personnel have to sell such items? Fuck!

You can’t take over America without wearing down its institutions.

They tested the fences for weaknesses and found 4

They’re working hard on all 4. Of course they’re going to neg it, they want it on its heels, they want all the institutions to step aside.

It’s part of the plan.