I say this time, we let them go, then build a southern border wall. Using migrant labor from the CSA. And why not, make them pay for it.

Literally everything the GOP stokes up fear about is what they are doing. Rigging elections, engineering a theocratic takeover, “activist judges”…

Max just needs to own his bigotry, already.

I’m just disappointed that so far we get bog-standard regressive GOP all the times he promised us a uniquely “independent” perspective. I’m sure we’ll get it one day.

I’m sure we’ll get it one day.

From someone else who isn’t just making paper thin excuses?

I’m sure we shall.

People should be in jail for this.

You could just about call it treason.

I’m not sure I’d call it treason, but it’s certainly more like treason than anything Hillary’s accused of.

However, it’s definitely election-tampering, violating everything the Voting Rights Act was supposed to protect, and may possibly be sedition, depending on how organized we can prove the Republicans to be.

Projection, forever from the US conservatives.

That might be the most deliciously ironic moment of this whole shit show.

And yet eyes are still shut, still the same narrative is pushed beyond all human decency.

They know what is real and what is not, you see.

You just ruined it, what with your facts and stuff!

Who needs facts when he knows that “those people” are to blame? You know the ones.

God, can this just be over with so I don’t have to realize the extent of how my fellow happy mutants aren’t so mutated after all?

Can I be a little hyperbolic?

It’s really looking like the beginning of the death of democracy. China’s gonna rise, and they’re a little … hegemonistic (see the sly wink to Chomsky there? Geddit?)

I believe in capitalism, but this out of control freaking around with our democratic systems - that I don’t believe in.

And in the USA - so many guns, so many angry people. But no re-revolution.

In the UK, we’re really counting on the US population to bring Hillary in. We’d actually like a vote too! (the media reports so many US-centric stories now - especially since Brexit - creeping anglo-saxon alignment! - that you could give us at least 1/10th of a vote each!)

Democrats do not attempt to enact policies that would keep large numbers of Republicans from exercising their voting rights.

Democrats do however attempt to enact policies that would keep large numbers of Republicans from exercising their inherent superiority to everyone else (most notably furriners, girls, and hippies).

SEE! BOTH parties do it and there is zero difference.

I believe in capitalism, but this out of control freaking around with our democratic systems - that I don’t believe in.

Back during the Cold War, the spectre of the communist threat kept the worse impulses of capitalism (the anti-democratic, let the market decide all the things) was kept in check. We could say that the Soviets were not democratic and we were. Whether that was true or not, is another story, I guess, because obviously especially in the 1950s we had some deeply undemocratic aspects to our society (the Jim Crow south) - but we moved towards more democratic practices over time. Once we “won” the Cold War, all bets were off. The worst aspects of capitalism could spread it’s wings, because what was the alternative? Hell, even China has emerged as a capitalist economy (to some degree) without the need for any sort of real democracy.

I don’t think you’re being hyperbolic at all, BTW. Here’s hoping those of us who are concerned are just wrong. 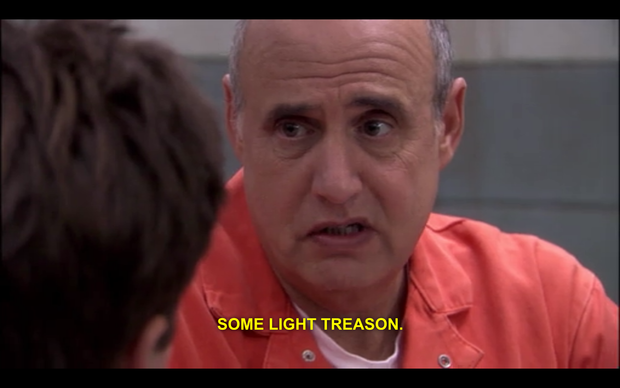 Back during the Cold War, the spectre of the communist threat kept the worse impulses of capitalism (the anti-democratic, let the market decide all the things) was kept in check

Is that confidently true? I feel as if the reality can’t have been that much better than it is today, and we are limited to revisionism in surviving narratives.